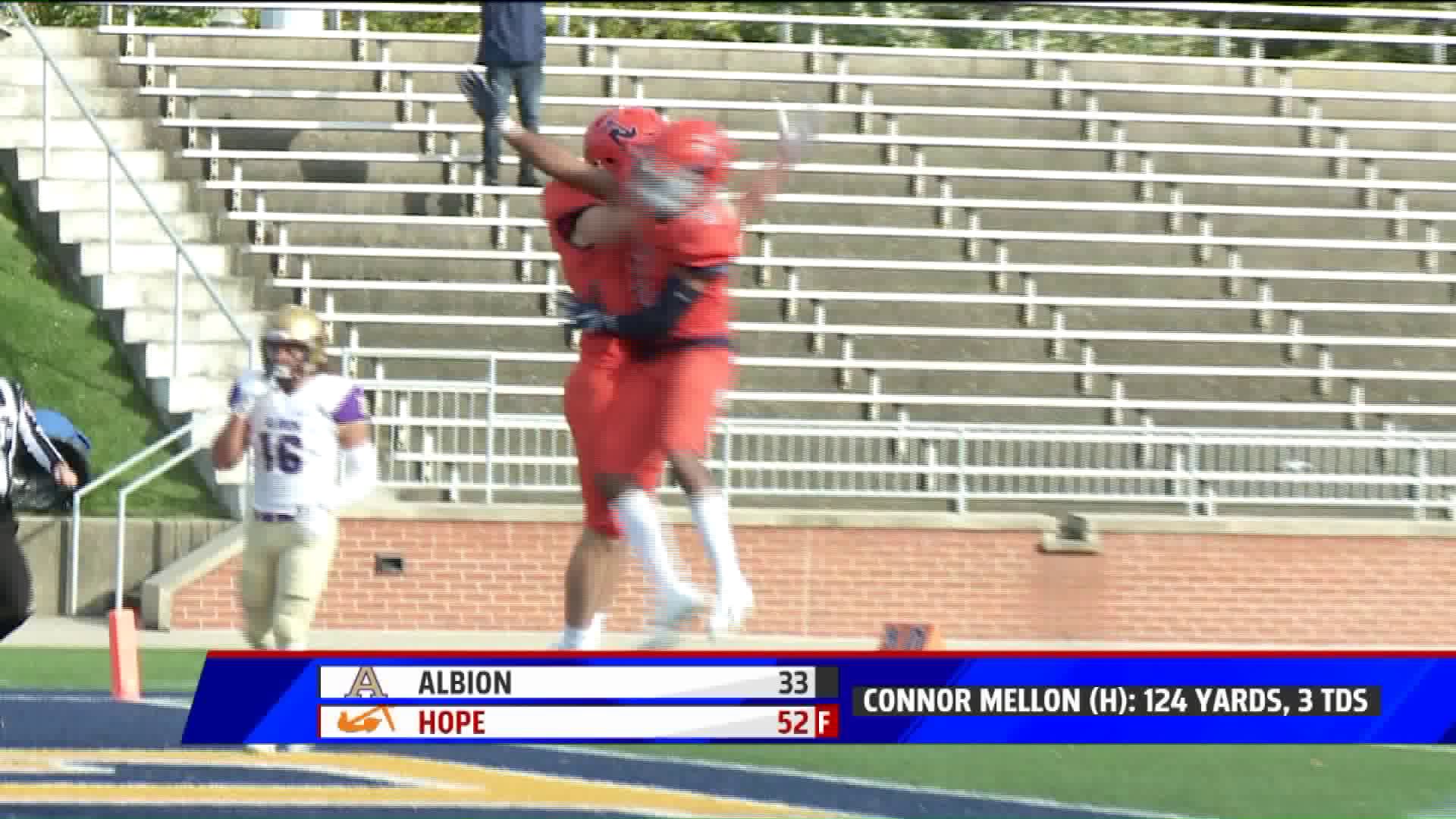 HOLLAND, Mich. -- Hope football won their fourth consecutive game on Saturday afternoon, beating Albion 52-33 on Homecoming. The Dutch had 465 yards of total offense, 322 of which came on the ground. Hope junior Connor Mellon recorded 124 yards rushing and three touchdowns while quarterback Mason Opple added 92 yards on the ground and 143 more in the air.

"Homecoming at Hope College is really unique," head coach Peter Stuursma said, "it's really important to a lot of people across the entire nation so you have to enjoy these opportunities when you have them. You have to find some joy in this, too, and though I was a little frustrated with how they came back, I'm still proud of our guys."

"We played hard and fast, Albion is a great football team," Dekker added, "they brought it from the first quarter and we knew they were going to do that. When you have a rivalry like this, Division 3 football in Michigan, it's a big game. It's the MIAA championship every week so we're just excited to play and win a great game."

Hope plays at Finlandia next week.