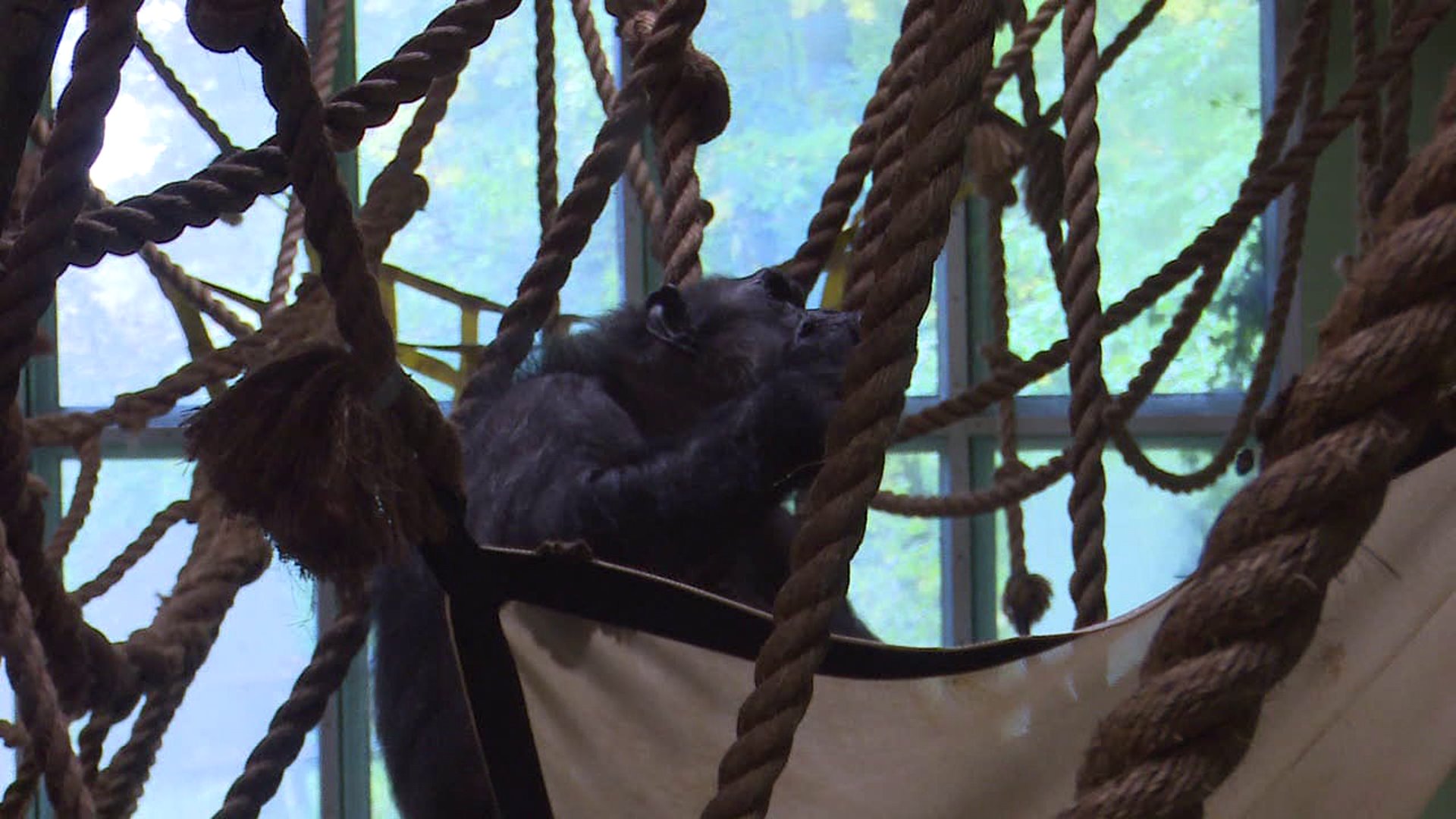 “You don't get a call everyday that asks you about coming to see a chimpanzee, you first of all think it's a prank," said Dr. Ryan Colburn, the veterinarian at John Ball Zoo.

But that call wasn't a joke.

It was about a chimp named Susie at John Ball Zoo, who had a lump develop on the back of her wrist.

Dr. Peter Jebson, who is the chief of Orthopedic Surgery at Spectrum Health, lent his expertise to the situation.

Jebson has been operating on human hands for 23 years, but the situation with Susie was a first.  Once they had the chimp asleep, Jebson was able to drain fluid from the mass on her wrist, and explore her X-rays and ultrasounds.

Turns out, she had a benign and harmless tumor.

Jebson also took the opportunity to explore how both different and alike human and chimpanzee hands are.

“The human hand thumb is responsible for 50% of hand function. And the thumb has this well defined musculature called the thenar muscles. It allows you to oppose the thumb and moves the thumb in different degrees and motions and have this circumduction capabilities," says Jebson. “The chimpanzee does not have that. It has rudimentary muscles and a smaller thumb than a human thumb."

Susie is now free to hang around with her primate pals while zookeepers keep a watchful eye.

They're also hopeful partnerships like the one with Spectrum Health, are just the beginning.

“I think being able to really bring in Jebson's expertise, allowed us to work through the process of testing this lump and getting an answer really quickly," said Colburn.

Since the lump isn't bothering Susie, zoo officials say they'll leave it be for now. However, it may be removed and biopsied down the ground if the lump grows or changes.