Western Michigan bounces back with 38-16 win over Miami 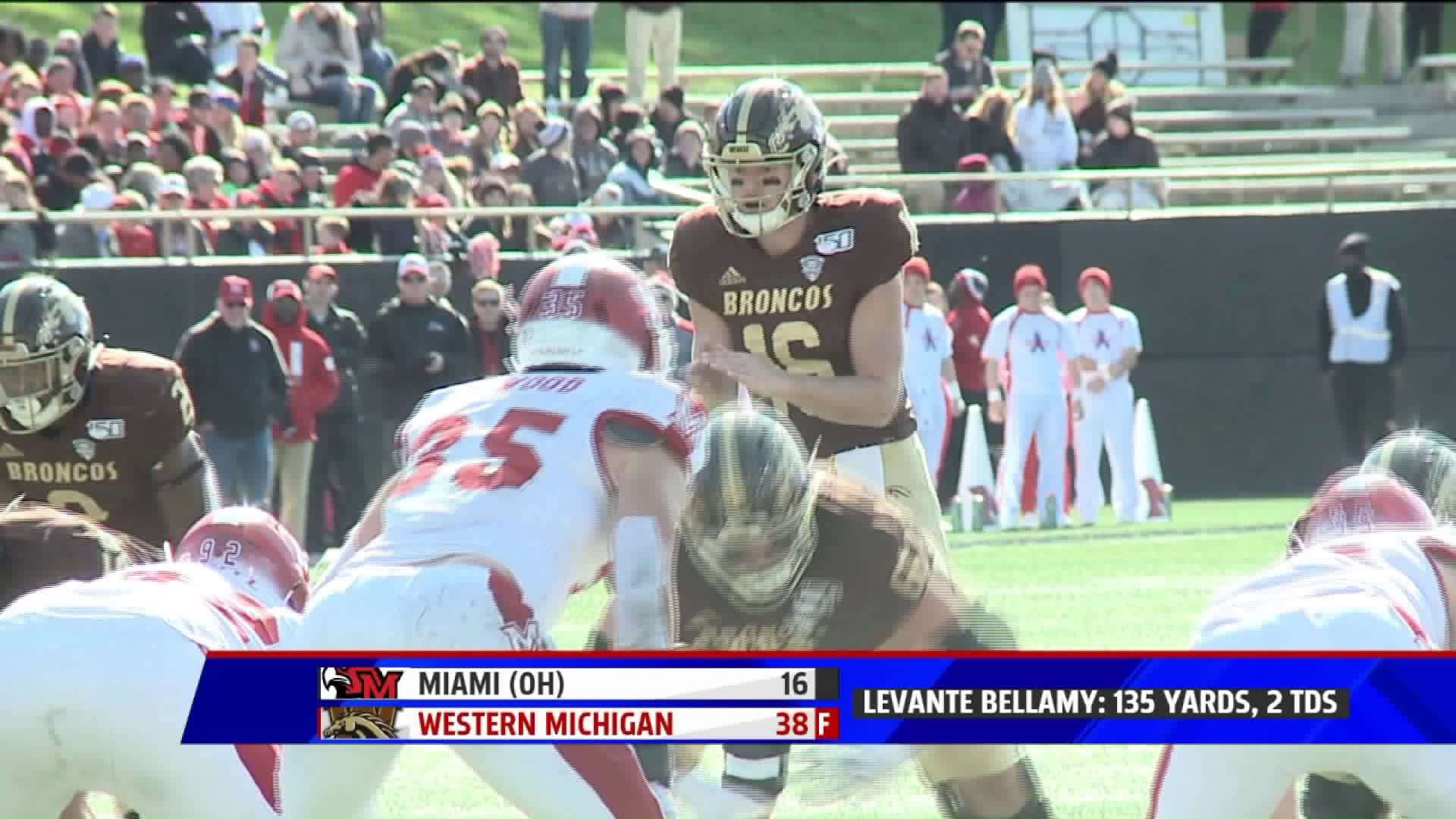 KALAMAZOO, Mich. -- Western Michigan suffered a tough 31-24 loss to Toledo in a MAC West showdown last week but bounced back in a big way on Saturday, beating Miami University, 38-16. Despite the score, the Broncos only had 310 yards of total offense. Instead, it was the Western Michigan defense that capitalized with three interceptions, including one for a touchdown from Drake Spears.

"I don't know, he kind of gave it to me so I just took it," laughed Spears after the game, "I saw his eyes, saw the running back flare out, sat on it and yeah, I just had to get home."

The Broncos ran for 173 yards, 135 of which came from running back LeVante Bellamy who added two touchdowns.

"I'm excited," head coach Tim Lester added, "we've been talking about how defense wins championships for years and I feel like this group is understanding it more and getting more confidence, they are making plays."

The Broncos improve to 4-3 overall and 2-1 in MAC play as they prepare to play at Eastern Michigan next week.