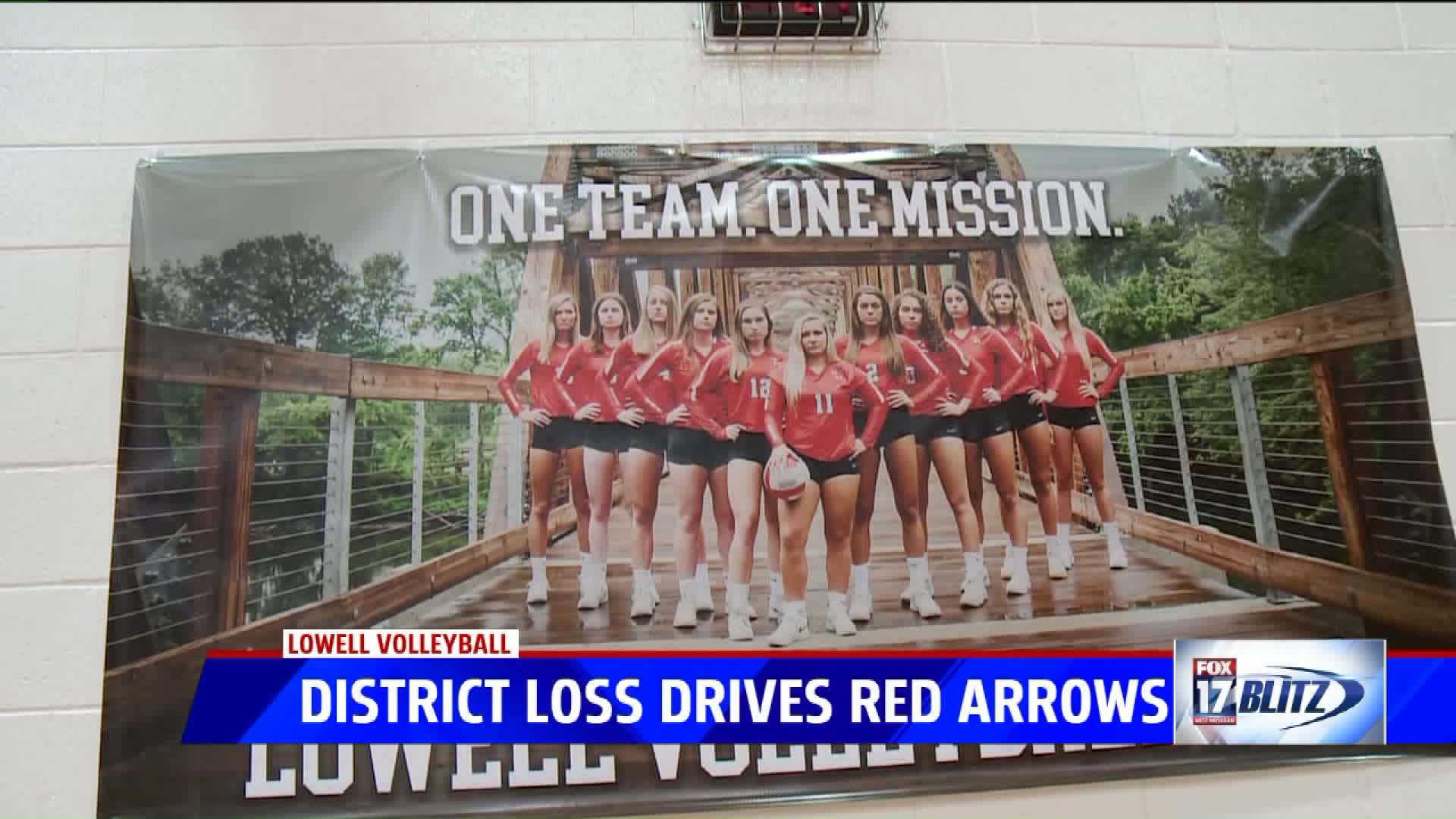 The Red Arrows are 38-2 on the season

LOWELL, Mich. -- The Lowell volleyball team is motivated this season.

"It was a really tough loss," junior setter Sophia Powell said, referring to her team's district final loss last year. "It just made us want it this much more this year."

The Red Arrows lost to Rockford in five sets at home and had to watch as the Rams went all the way to the Division 1 state finals.

"We talk about that loss all the time," second-year head coach Jordan Drake said. "I know it burns with the girls a little bit, especially since it was on our home court, and (we) kind of had a lead and let it go. But it's been a great motivational tool for us all summer."

It has shown, as Lowell is 38-2 this season and ranked second in the state.

"Just the work ethic, and we're all best friends," Powell said. "We get along so well, and we just work so well together. We have great teamwork. Everybody gets along, and it just works really well, on the court and off the court."

The Red Arrows big wins include the very competitive Farmington Hills Mercy Invitational in September, where they beat the host Marlins in the finals.  Mercy is the #1 ranked team in the state.

"We were really excited," senior middle hitter Meghan Meyer said. "We worked really hard to get there as a team, and I think that showed us what we can be when we play to our best."

2012 Lowell graduate Jordan Drake has helped the program turn the corner in his second season at the helm.

"Expectations were pretty high from my end when we first started," Drake said. "I knew a lot of the girls played club at a high level, and we just had to find something to play for and a reason to play for. Since we got that, we had high expectations, so it's been fun being able to achieve some of those things we set out for ourselves."

The Red Arrows are closing in on another OK White title, and the state tournament is just three weeks away.

"I think the team needs to keep working on staying dialed in," junior outside hitter Jenna Reitsma said. "We're really athletic, but we're not necessarily the tallest in the gym. So focusing on the little details -- serving and passing -- will really help us in the later matches."