GVSU student to run GR Marathon after recovering from stroke 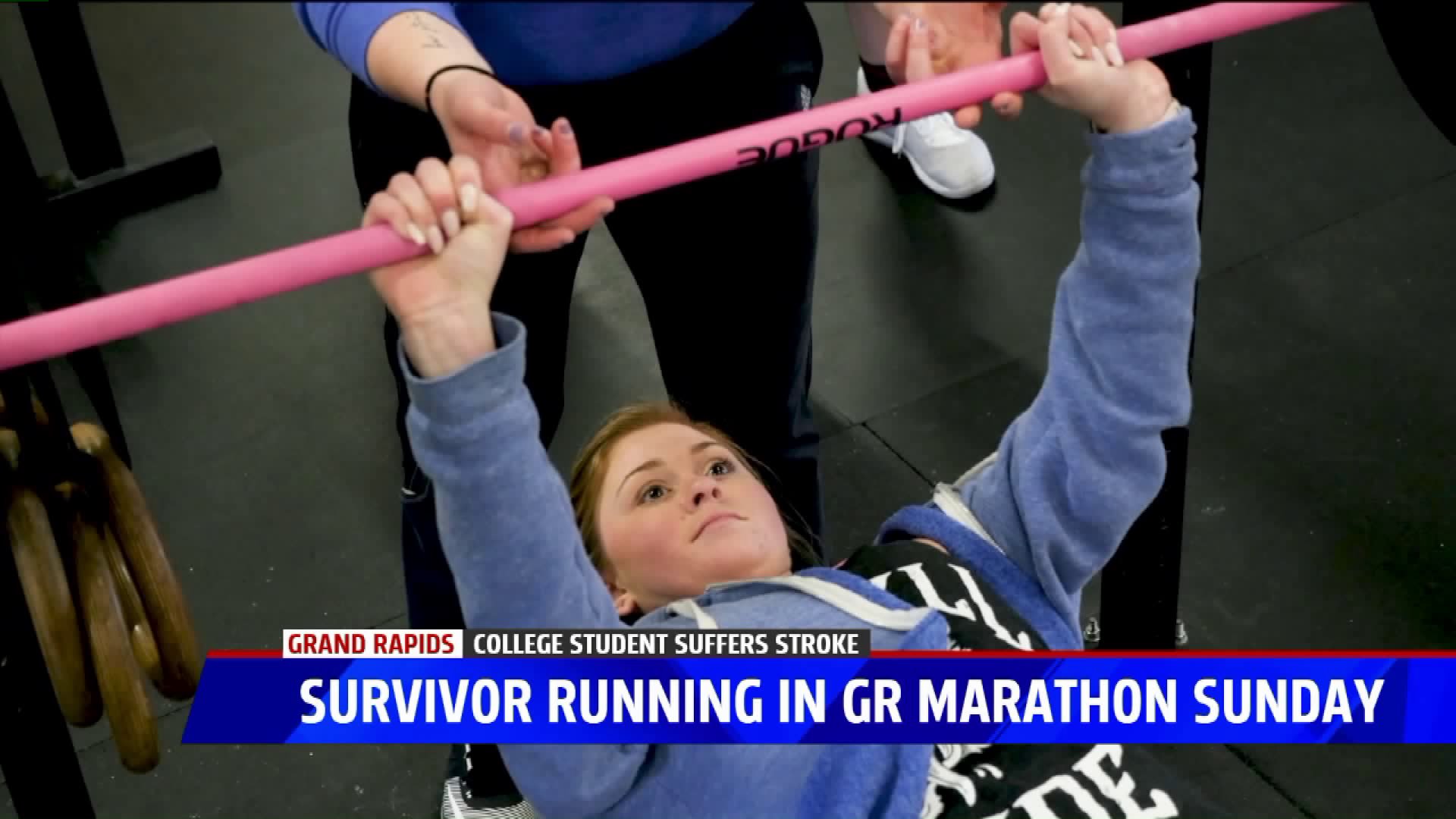 GRAND RAPIDS, Mich. — A 22-year-old Grand Valley State University student plans to run in the Grand Rapids Marathon months after suffering a from a stroke.

Lauren Ziegler is a CrossFit athlete and loves working out. All that changed one December morning when Ziegler collapsed while getting ready for class.

Her doctors say she suffered a massive stroke, which caused paralysis to one side of her body and other complications. After months of rehabilitation, Ziegler ran out of Mary Free Bed Rehabilitation Hospital on her own.

This weekend she plans to run her first half-marathon in the Grand Rapids Marathon, a goal she set for herself back in January.