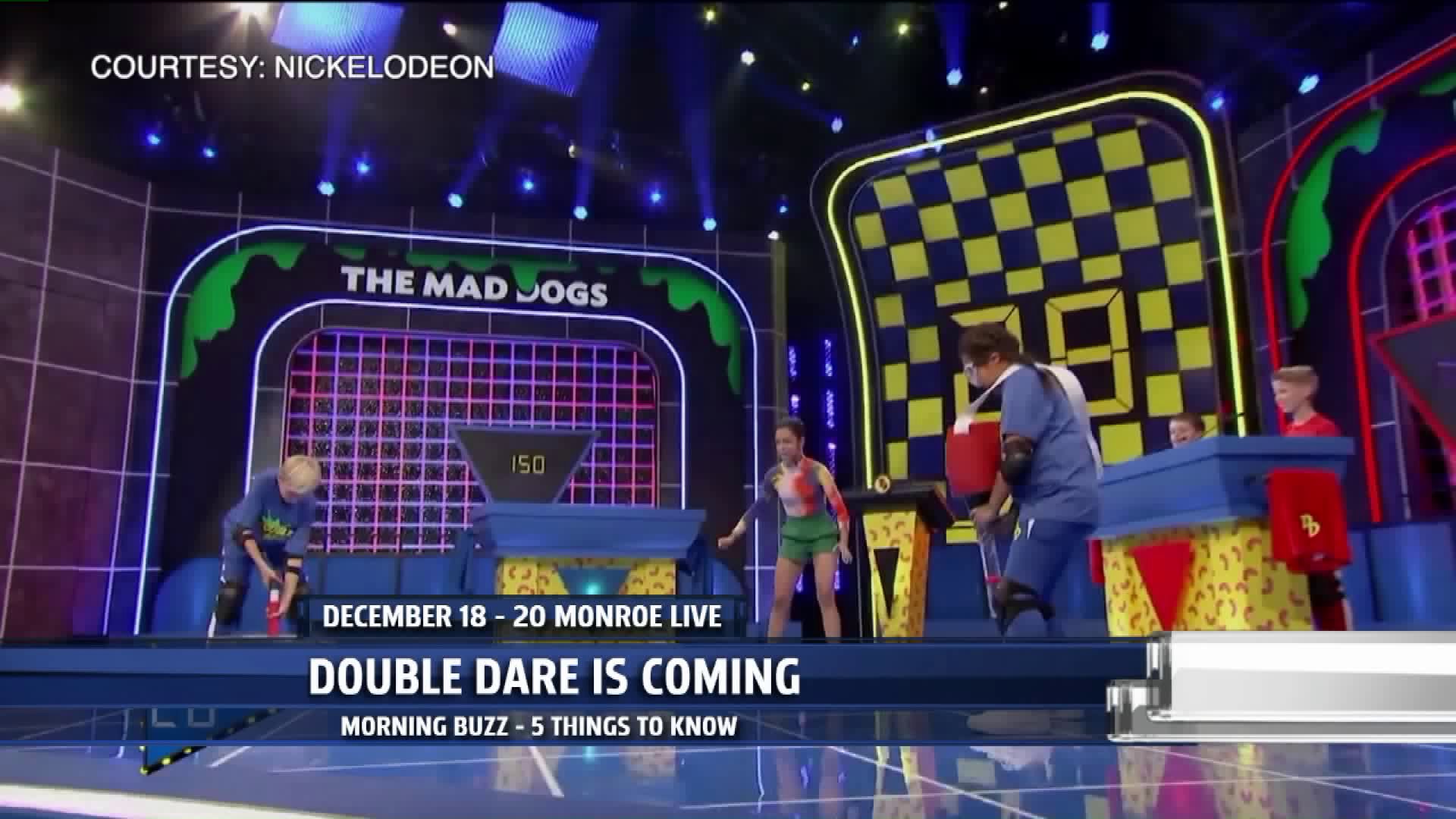 1. A startling increase is causing a local non-profit shelter to ask for your help, too. Mel Trotter Ministries is seeing a 40 percent increase in single-women using their emergency shelter, in just the last year.

Many of them are either living with mental illness or are survivors of domestic violence or other traumatic situations.

The nonprofit is currently asking the community for help with the $25,000 overhead cost of new bunk beds.

2. The Grand Rapids Children's Museum announced a new mobile museum, and they need help naming it.

They're having a competition to name the new museum on wheels. It's' open now through November 14.

The van will hit the road in March and bring traveling exhibits and activities throughout West Michigan and Lansing.

3. The once-popular kids' show "Double Dare" is bringing all the antics and slime to a live show in Grand Rapids.

The 80s and 90s game show will be hosted by Marc Summers at part of his farewell tour.

"Double Dare" was a hit Nickelodeon show, with families answering trivia questions and taking part in an obstacle course to win a variety of prizes.

Those who attend may get chosen to take part in stunts and games.

4. One person's doodles are worth some dollars! Japanese artist Yoshitomo Nara scratched some art on the walls of Niagra, a Manhattan bar 10 years ago.

The drawings are getting fresh attention after one of Nara's paintings sold at auction for nearly $25 million.

A Sotheby's Auction House rep estimates they could be worth hundreds of thousands of dollars. Nara's rep says the artist does not want to see the drawings sold, saying they were simply done in the "spirit of the moments."

5. Lays is taking a beloved food pairing and morphing it into chip form. Just in time for the cooler weather, Frito-Lay announced its new Grilled Cheese and Tomato Soup Chips.

The company describes the new snack as a "dynamic combination of tomato taste and buttery cheese, with underlying creamy and toasted notes."

The Grilled Cheese and Tomato Soup Chips are expected to hit grocery store shelves next week. It's the same day Lay's is also planning to launch their "Gotta Have Lays" campaign.

The contest will give customers a chance to win a year's worth of Lay's products.