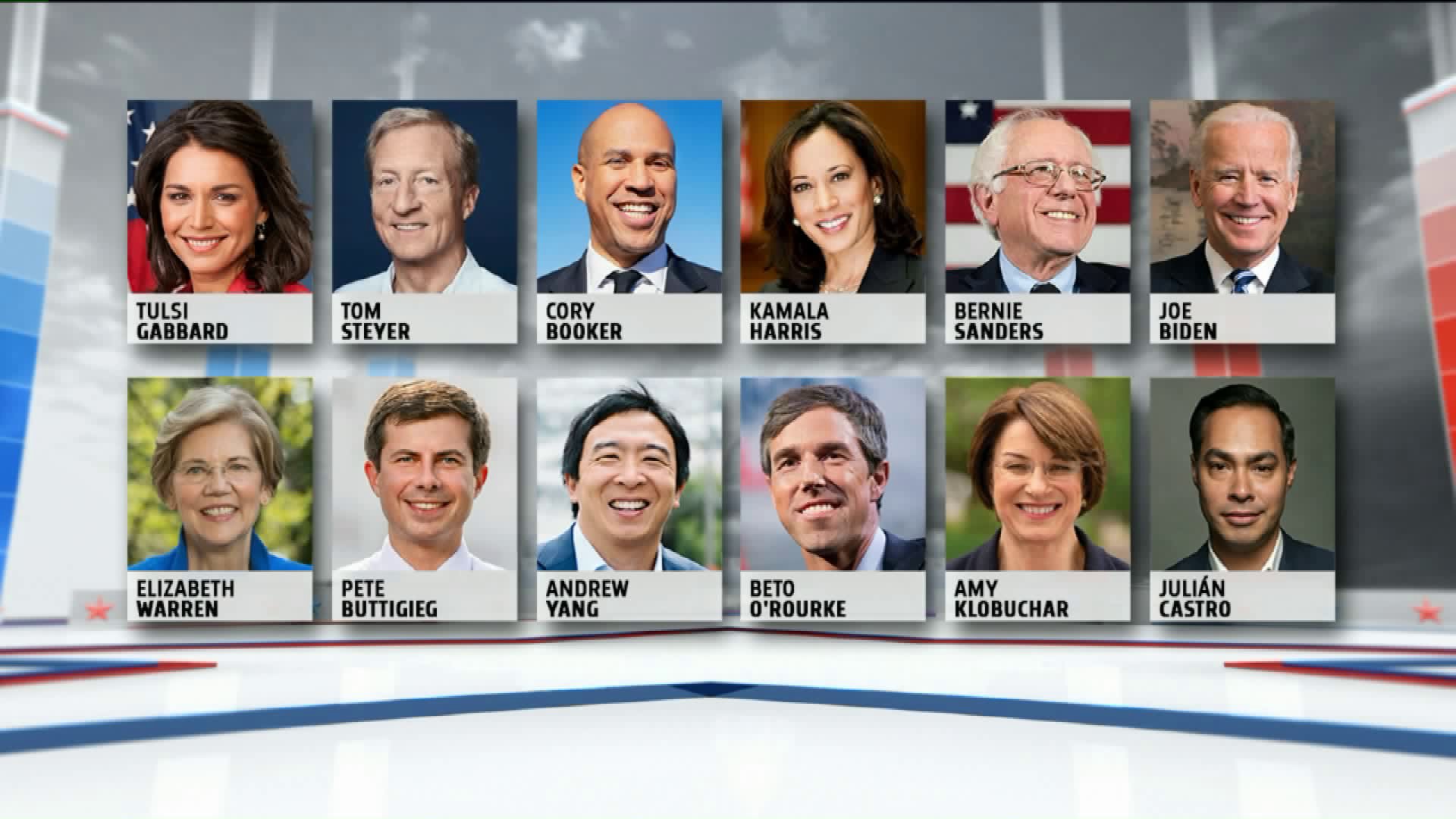 WESTERVILLE, Ohio. — A record number of Democratic presidential candidates will take the debate stage at Otterbein University on Tuesday night.

Tuesday marks a new chapter in the Democratic presidential primary after a series of events have rocked Washington since the candidates last met in Houston in September.

President Donald Trump has faced backlash from even his most loyal Republican supporters in Washington after pulling U.S. troops from Syria. In previous debates, foreign policy has taken a backseat to topics like health care and gun control. Candidates will likely be asked if they still view Turkey as an ally following offensives in Syria.

Gabbard, who did not qualify for the previous debate, has put foreign policy at the center of her platform and could use this opportunity to catapult herself back into the race.

BERNIE ON THE MEND

Earlier this month, Sanders survived a heart attack after experiencing chest pain during a rally. He's since said he will pay better attention to his health, but it has some concerned he's not up for the physical demands of a campaign. The Vermont senator could use this personal experience to advocate for the importance of a Medicare for All system.

In a recent Quinnipiac poll, Warren is ahead of Biden by 3%, posing a serious challenge to his longtime frontrunner status. Raising $24.6 million in the past three months, Warren is emerging as a star in the race after months of a slow but steady increase in the polls. Being at the top of heap, however, opens her up to attacks from candidates who otherwise had their jabs aimed at Biden. She's already facing criticism for not yet proposing her own plan for paying for Medicare for All, which Biden has repeatedly labeled as too idealistic.

Though he's been the target of attacks from fellow Democrats like Harris and Castro, Biden has had to spend the last couple weeks clearing his name in the whistleblower scandal. In an interview Tuesday morning, Biden's son Hunter explained his decision to step down from the board of a Ukrainian gas company.

"I gave a hook to some very unethical people to act in illegal ways to try to do some harm to my father. That's where I made the mistake," Biden said in the ABC interview. "So I take full responsibility for that. Did I do anything improper? No, not in any way. Not in any way whatsoever."

Though many in the Democratic party do not believe the Bidens acted improperly in its dealings with Ukraine, it nonetheless makes the Biden campaign vulnerable to attacks that have nothing to do with the Democratic presidential primary. This, perhaps, gave Warren perfect timing to inch ahead of the former vice president in the polls.

Will Biden confront this family issue head on and agree with his son that he made a mistake? Or, will he focus his message on impeachment?

The three-hour debate, which is hosted by CNN and the New York Times, starts at 8 p.m.