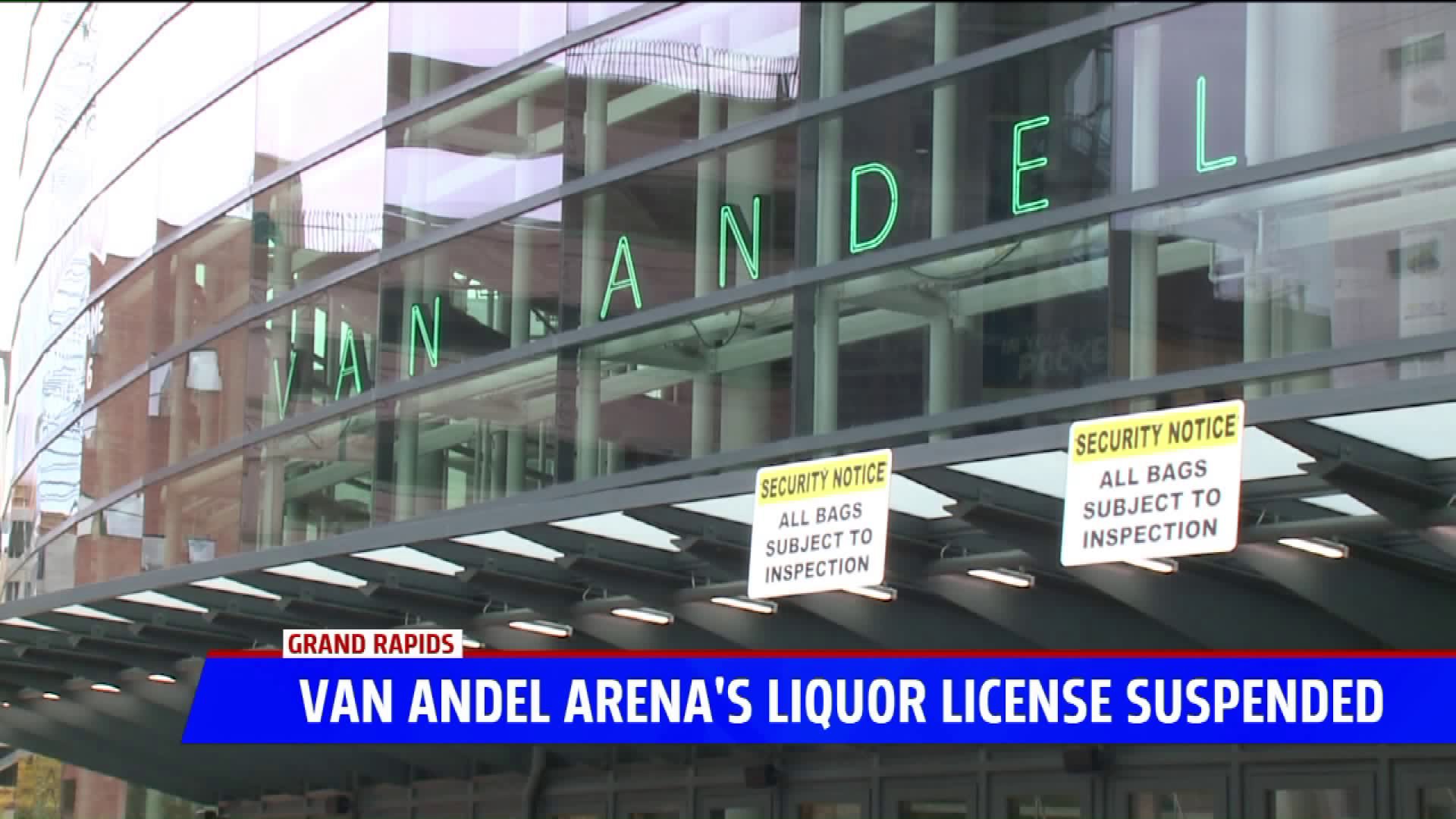 GRAND RAPIDS, Mich.  — Van Andel Arena will be unable to serve alcohol for the next four Grand Rapids Griffins games.

The Michigan Liquor Control Commission announced Tuesday it has suspended the arena’s license for an incident at a March 8 game.

“We are very disappointed that there was a breakdown in procedures that led to these penalties,” the spokesperson said in a release. “This is certainly not the norm. We have an exceptional track record of providing quality service by thousands of employees to more than 15 million patrons over the past 23 years. There have been no further incidents since this occurrence.”

The spokesperson says the arena has enhanced its policies to prevent the incident from happening again.