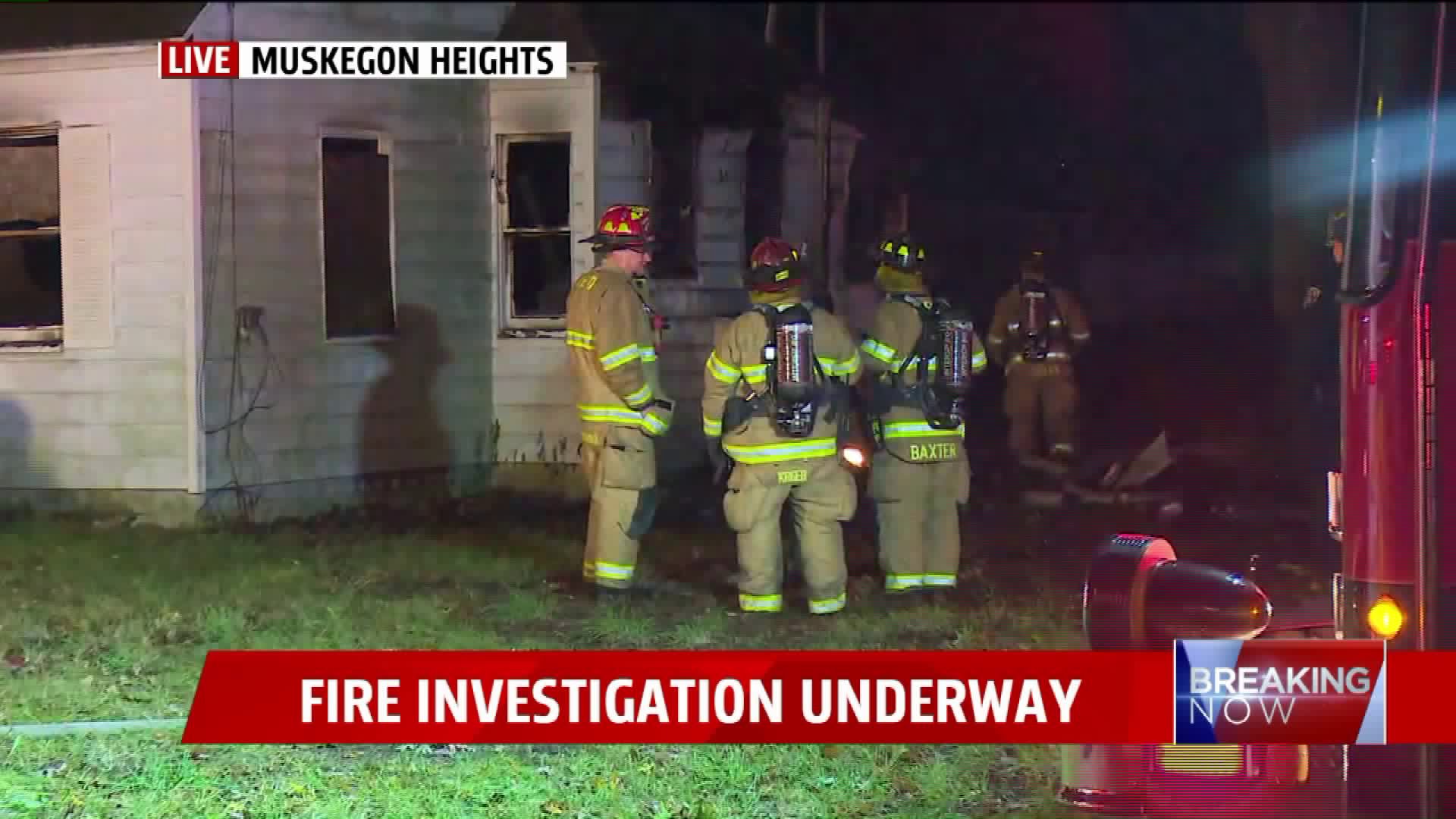 MUSKEGON HEIGHTS, Mich. -- Firefighters are working to put out a house fire at a vacant home in Muskegon Heights.

The fire broke out just after 6 a.m. early Wednesday at a home on Park Street near the intersection of W. Oakwood Avenue.

We're told by the Muskegon Heights fire chief that the fire is suspicious because the house has been vacant for a long time.

Crews are now chasing hot spots and waiting for DTE Energy to come and shut off the gas line.

Firefighters on scene say the fire is controlled and they are letting the gas line burn so the neighborhood doesn't fill up with gas.

No word on any injuries or what sparked the fire.

This is a developing story. We have a crew on scene working to learn more and will bring you updates as we get them.