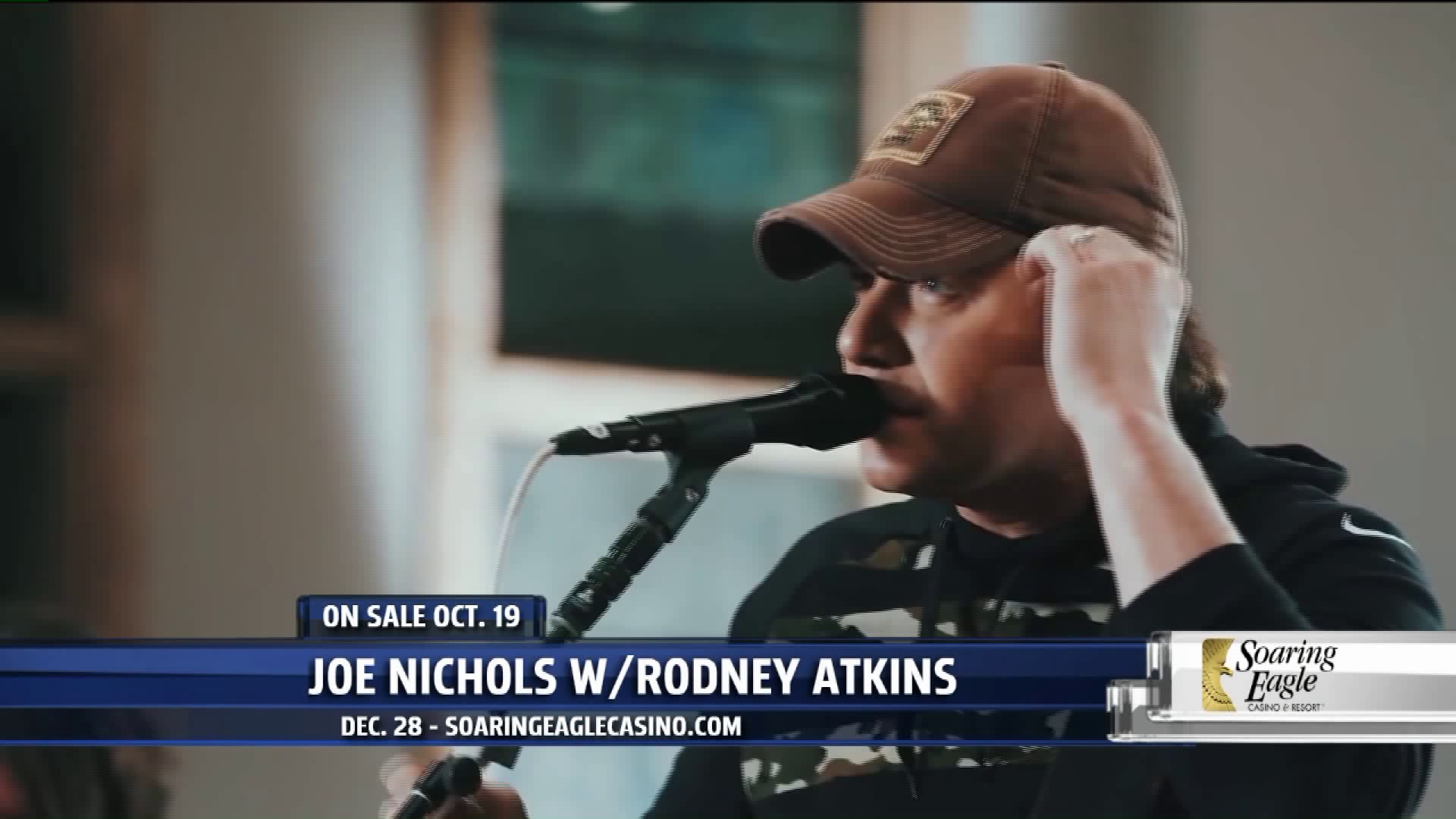 Soaring Eagle Water Park and Hotel is inviting the whole family to enjoy their "Falling Prices," and they're excited to be celebrating the release of "Frozen 2."

Now through November 27, prices are falling at Soaring Eagle Waterpark and Hotel. Rooms start at $89 per night, Sunday through Thursday. Just be sure to mention Falling Prices Special to get this discount.

"Frozen 2" is almost here! Elsa the Snow Queen, and her Sister Anna head on an adventure and are joined by friends, Kristoff, Olaf, and Sven. Soaring Eagle is celebrating the film's release all weekend long, November 22-24. Each night kids will be able to make Elsa's wand and create their own snowflakes. Also, enter to win a $50 celebration cinema gift card. Call 1-877-2EAGLE2 or visit soaringeaglewaterpark.com to reserve your room.

Purchase an After School Day Pass to the water park for only $7 per person. The deal is good Monday through Friday, through November 27. It can be used from 3 p.m. to close. Call (989)-817-4801 to reserve passes today.

The following day, December 28, Country music will fill Soaring Eagle as Joe Nichols with special guest Rodney Atkins entertains the crowds. Nichols is a four-time Grammy nominee, an ACM, Billboard, CMA and CMT award winner. He's known for songs like "Brokenheartsville" and "Tequila Makes Her Clothes Fall Off." Atkin's fifth studio album called "Caught Up In The Country" reveals an artist who is confident enough to know that making better music can require patience and experimentation.

Hip hop fans will be stoked to hear that Salt N Pepa are bringing their legendary beats to the Soaring Eagle Stage on December 29. Their long hip hop career spanning from the late '80s until now will have you dancing to their hits like "Shoop" and "Whatta Man".

Speaking of the '80s, Rock and Roll legends Ratt along with Quiet Riot bringing their heavy metal style to Soaring Eagle on December 30. Ratt was one of the most popular rock acts of the '80s known for songs like "Your Privacy" along with "Round and Round."

Quiet Riot has had quite the historical journey recently adding Season 10 American Idol James Durbin. Prior, they became an overnight sensation thanks to their monster 1983 smash album, "Metal Health".

Tickets for all these shows go on sale on October 19.

If you're a fan of country, get ready to rock to the music of Brett Young at the casino on December 6. He was a college baseball pitcher who took up songwriting after an elbow injury, and the rest is history. Some of these hits include "Sleep Without You" and "In Case You Didn't Know." His special guest is Ingrid Andress. Andress splits time between Nashville and L.A. and is known for her single "The Stranger."

Tickets go on sale Friday for comedian Ron "Tater Salad" White! His show is coming to Soaring Eagle Casino and Resort on June 5. White first rose to fame as the cigar-smoking, scotch-drinking funnyman from the Blue Collar Comedy Tour phenomenon, but now as a chart-topping Grammy-nominated comedian and a feature film actor, Ron White has established himself as a star in his own right. All four of his comedy albums charted number on the Billboard Comedy Charts.