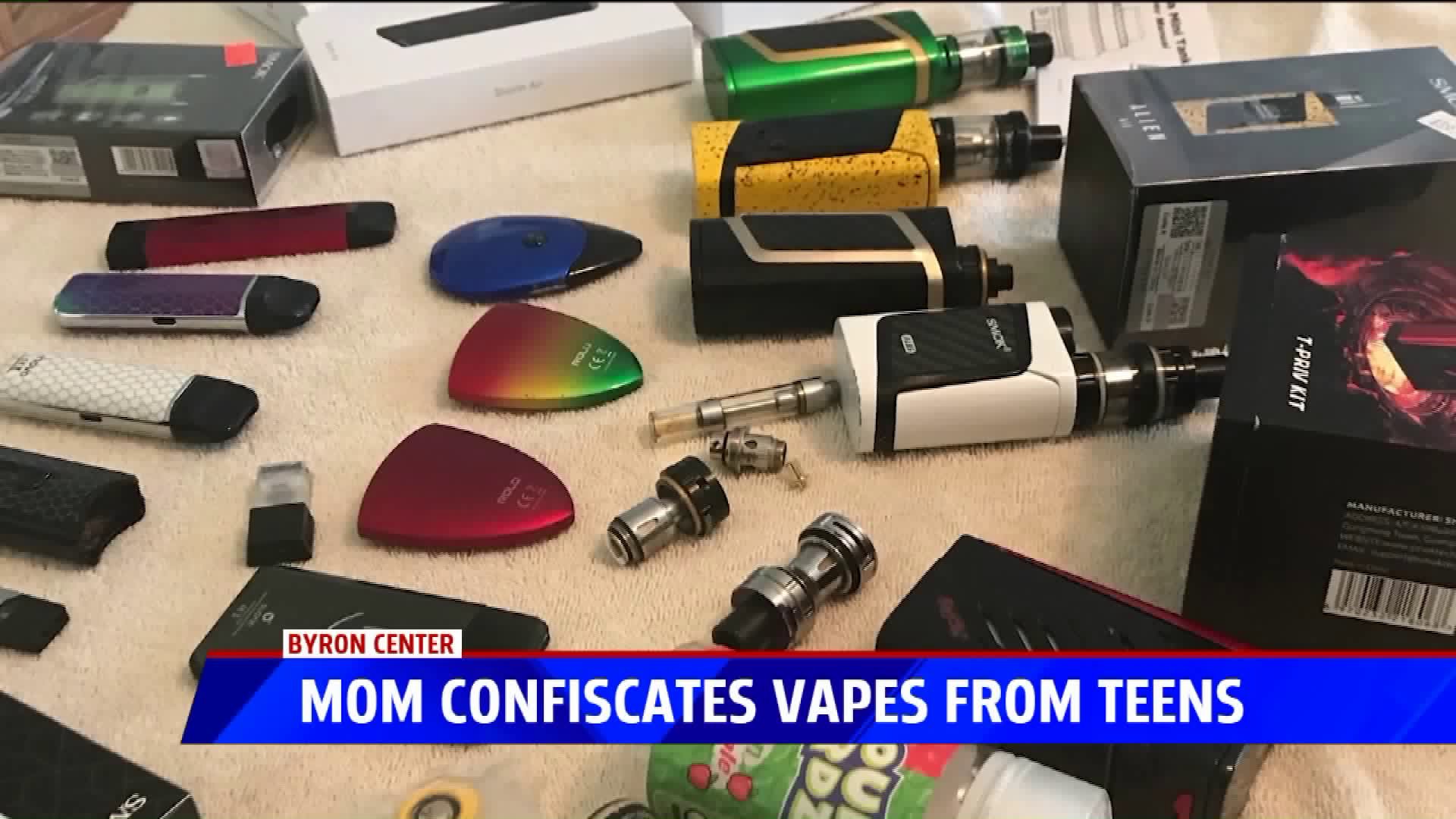 BYRON CENTER, Mich. — When Carol Morell learned three of her four kids were vaping, she did what she says any good mom would do: search their rooms.

Over the past year and a half, Morell and her husband have confiscated about $400 worth of vaping pens and juices from her kids.

“They’ll tell you that I’m a hovering, over-the-top parent," Morell said. "But I do have to supervise and you know, make sure I know what they’re doing, but I think I’m middle-of-the-road, pretty easygoing.”

Morell's three kids who vape are 15 and 16. She said they can be sneaky but when they start coughing, she knows they've gotten their hands on new products.

"I just wait until they screw up and I’ll see it," Morell said. "I’ll go in their room and search their stuff. I think every good mom has to search their kid’s stuff.”

On Tuesday, Morell said she found a new vape pen in her son's room. In the past, she's gone as far as unscrewing a locked box in his room to see what was inside.

"I know how bad it is and that’s why I work really hard not to let them do it," Morell said.

When Morell was 16 years old, she started smoking cigarettes. She said it took her 20 years to finally quit, which is why she'll do anything to protect her kids from a nicotine addiction.

According to the National Institute on Drug Abuse, more teens each year admit to vaping. Morell blames the increase on how the products are marketed.

When Morell confiscates vaping products from her kids, she said she usually doesn't punish them further them because losing the money they paid for them is bad enough.

“My husband and I just remind them, ‘Hey, this is for your own good. We know that it’s not healthy for you, so we’re gonna keep doing it. We’re gonna keep taking it away,'" Morell said.