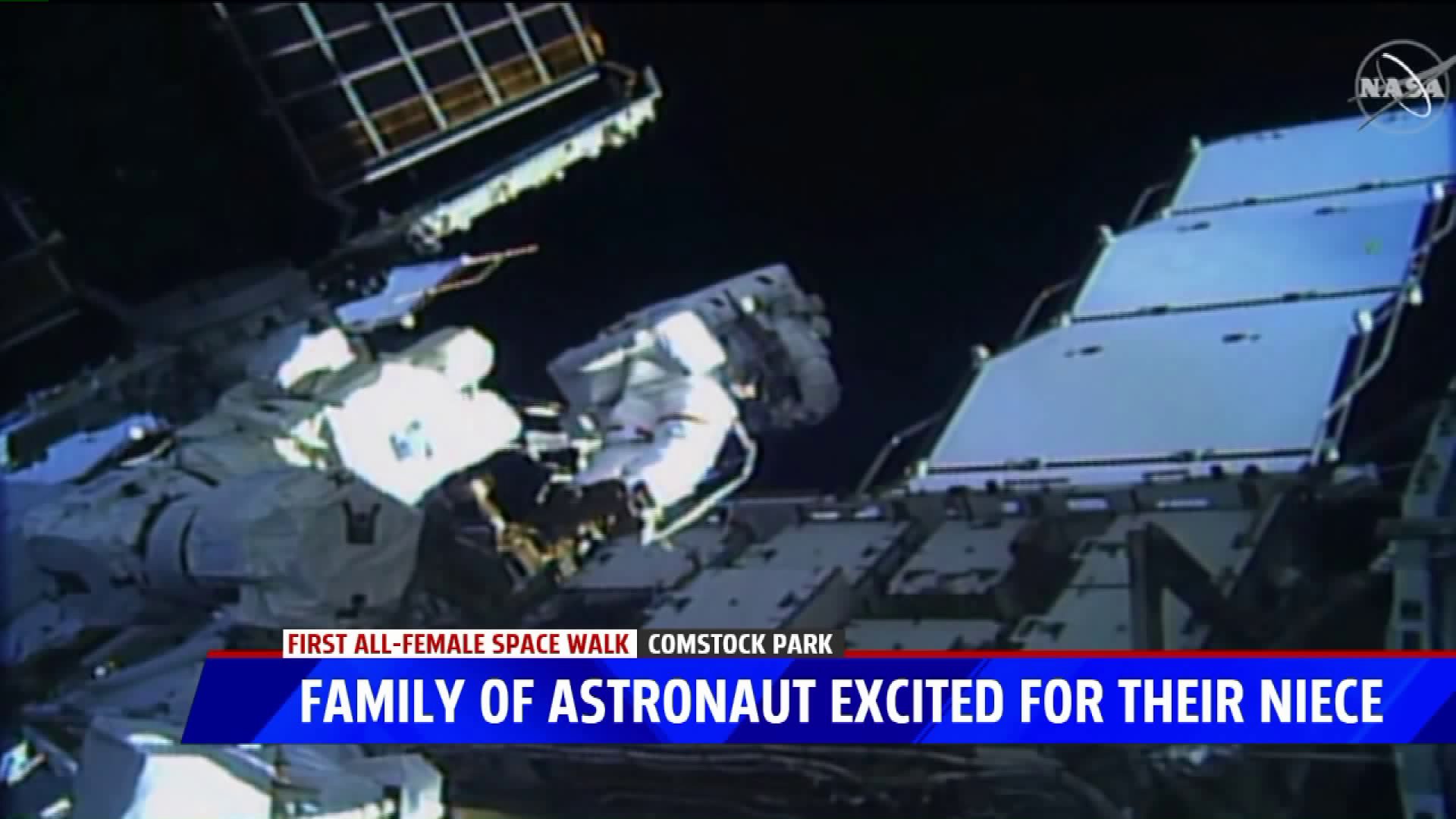 Christina Koch and Jessica Meir are the pair of engineers who ventured out into space Friday to make repairs on the International Space Station.

Christina was born in Grand Rapids and spent many summers working at Under the Pines Farmer's Market in Comstock Park, which is still home to some of her biggest supporters.

"I am so proud of her, we all are so proud of her and excited for her and happy she made it back safe in the ISS today along with Jessica and praying for the next one to go well too," Loretta Homrich, said.

"We’ve been glued right to the monitor that we have set up right at our fruit-stand, it's exciting and we share it with all our customers as they come up," David Homrich, said.

The Homriches are Christina Koch’s aunt and uncle.

"She ended up coming up here in the summertime, quite frequently," David Homrich said.

Growing up, Koch lived in North Carolina, but worked at the family farm in the summers.

Now, decades later, they’ve been following every step of her journey since she went to space last March.

"It’s just amazing and she’s so laid back its just like another day to her, another walk in the park, she doesn’t make a great big deal of it. It’s amazing to her but it's also very normal for her, because this is her life and we are just happy for her," Loretta Homrich added.

The Grand Rapids native is also on her way to another history making mark, Koch will stay at the station until February of next yea, which will become the longest ever single spaceflight by a woman.