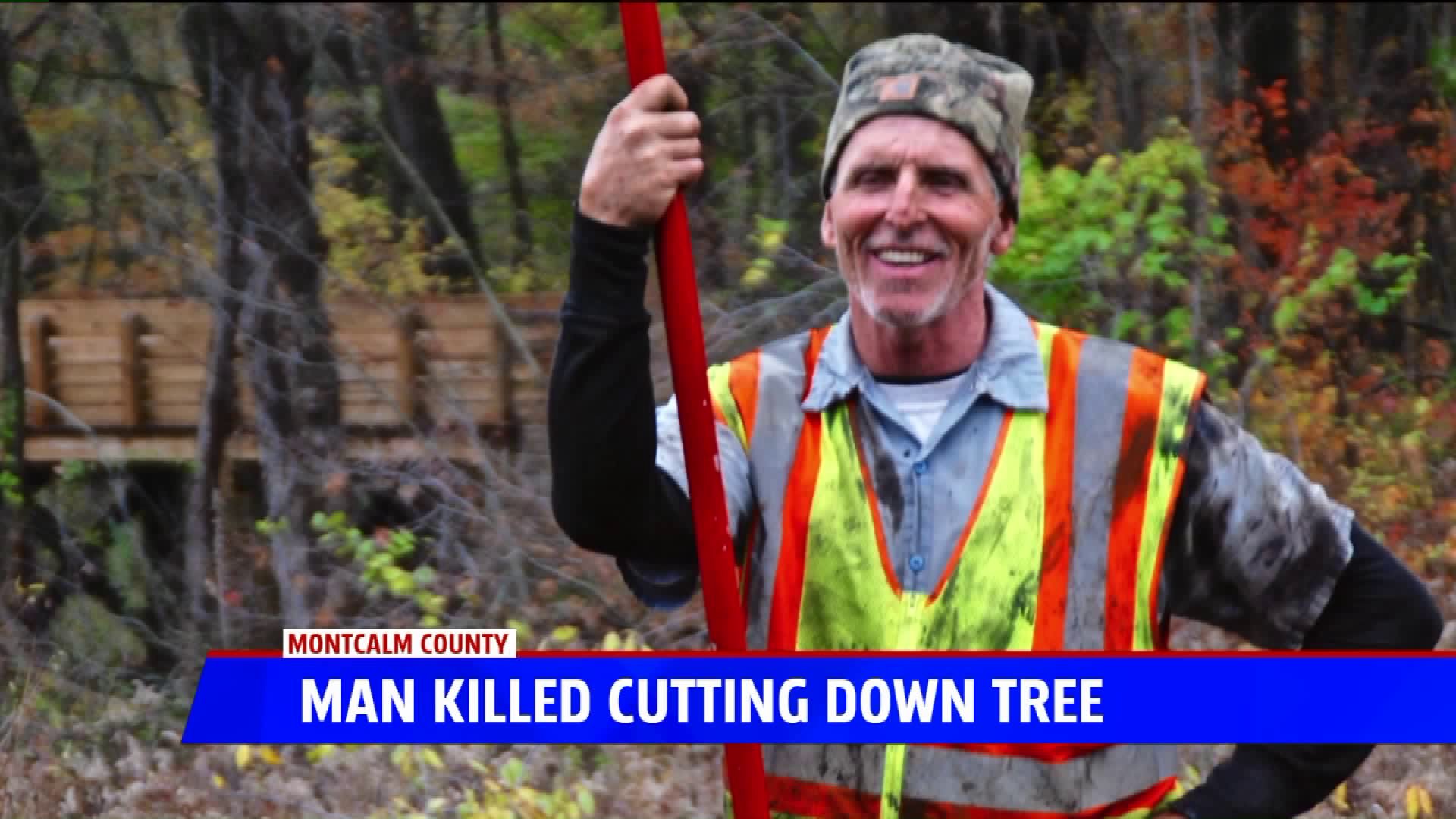 MONTCALM COUNTY, Mich. -- Jeff Kresnak says there was no quit in Ron Bivins. He says the death of his friend and longtime employee at Superior Asphalt came as a shock on Tuesday when he received a call from Bivins' cell phone number on the company's day off.

Kresnak recalled, "All of a sudden it wasn't him (on the phone). It was his son. His son, Chris, told me that his father had passed away, and I was just in total disbelief because Ron... everybody looked at as Superman."

"He was loyal. He was dedicated. He was hardworking. He kind of reminded me of a viking," Kresnak described.

Bivins, 57, died when part of a tree he was in the process of chopping down fell on him.

"All people know how dangerous cutting trees are, and Ron had a chainsaw in his hand since he was a little kid. So he always took precaution. I've been with Ron when he was cutting. He always had the headgear on and always was strapped in," he said.

Superior Asphalt lost another former employee unexpectedly just last month. David Baker was stabbed to death in Wyoming while trying to break up a fight. Kresnak says Bivins' death is another tough loss to a group he describes as a family.

"Everybody's extremely heartbroken. It's been hard to come to work. Everybody's been having a hard time sleeping," he said.

Kresnak says they're closing shop Monday for his funeral.

"He was a country boy through and through. He'll definitely be missed," Kresnak said.

Bivins' widow, Rojeana, tells FOX 17 they were married 26 years, have five kids, seven grandkids, and he was the hardest worker she knew.