Local allergist hoping to make trick-or-treating safe for everyone 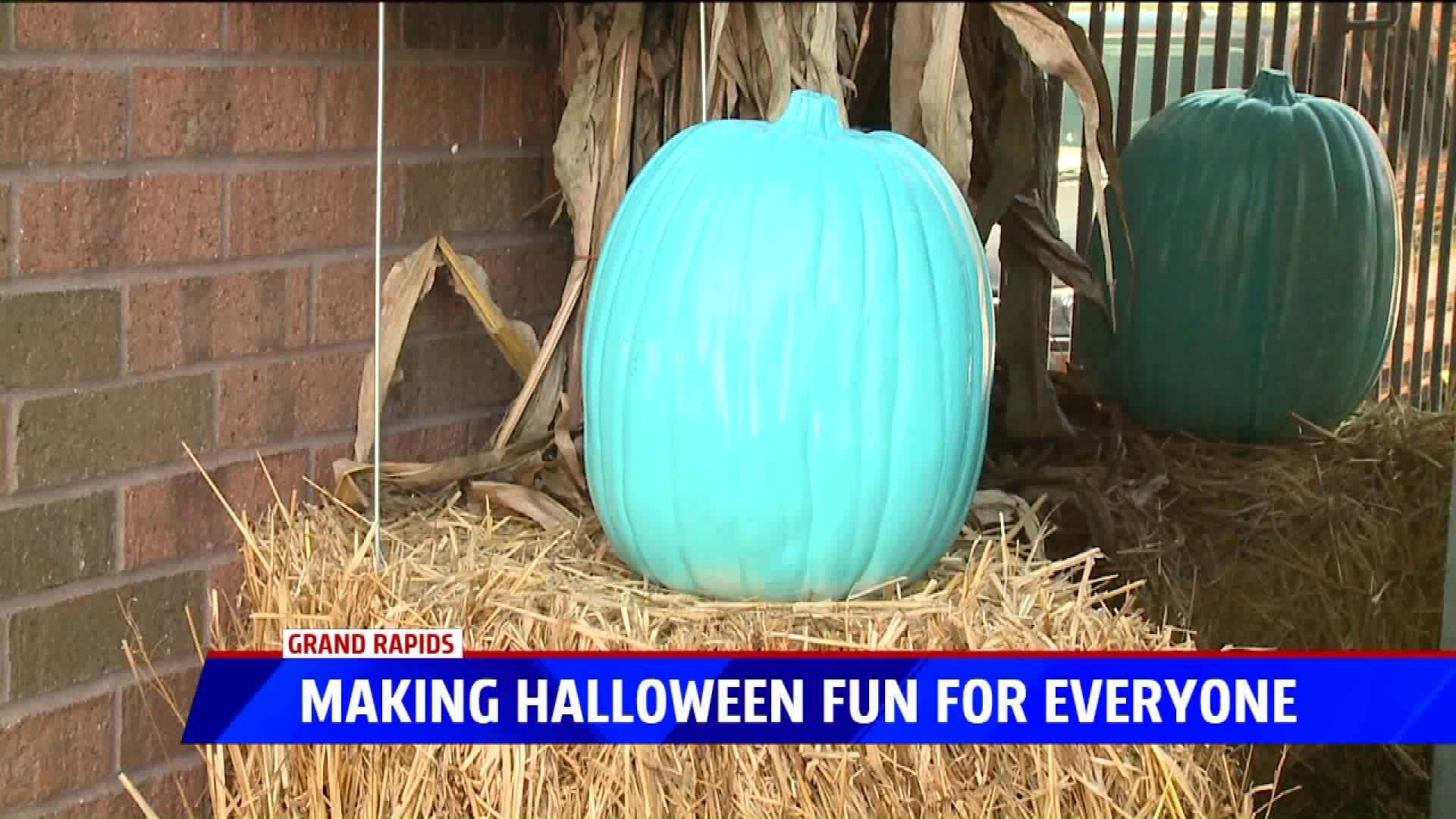 Halloween is right around the corner and a West Michigan allergist is hoping to make the celebration fun for everyone. Not all kids can eat candy because of food allergies.

That is why there is an open house later this month to let parents know about the Teal Pumpkin Project.

Sara Uekert, an allergist at Grand Rapids Allergy, said food allergies are keeping kids from the fun of trick-or-treating.

"Peanut gets a lot of the main attention and is responsible for the most severe reactions, peanuts and tree nuts," she said. "The only form of treatment currently is strict avoidance. So there`s not a way that we can necessarily cure a food allergy."

It's not just peanuts with which people are allergic.

"Egg and milk are also very strong allergens," Dr. Uekert added. "You`ve got all your chocolates, egg is in a lot of thee chewy candies and those can cause equally as severe reactions.

That's why one family made it a mission to make others aware of food allergies, so Halloween can be fun for *everyone.

"Teal pumpkin started in 2013 from a family in Tennessee; a mom of food allergic boys. So, teal pumpkins means that you are going to provide some non-food treats in addition to candy," Dr. Uekert explained.

"So you can still have both at your house, but that you will have something that is safe for kids who have food allergy."

The project has now become popular across the U.S., including at Grand Rapids Allergy, where doctors are working to create awareness.

"We`re doing a Food Allergy Awareness Week the week of Halloween and we`re going to have what`s called a teal pumpkin open house."

The open house is planned for October 29th and is open to anyone in the community. Kids are invited to show up in their costumes and trick-or-treat at the office for non-food treats.

It's simple for your family to take part in the Teal Pumpkin Project.

"You can find a lot of stuff at the dollar store. You can find stuff like bubbles or pencils or just little toys, stickers," Dr. Uekert explained. "These are great too even for the non food allergic, just the little kids who are out there trick or treating who really don`t need or want the candy. They just want to participate, so it`s great for them."

Doctors say there is something new that will soon be on the market called Peanut Hypnotherapy which has just been approved by the Food and Drug Administration and could be available by later this year or early next year.