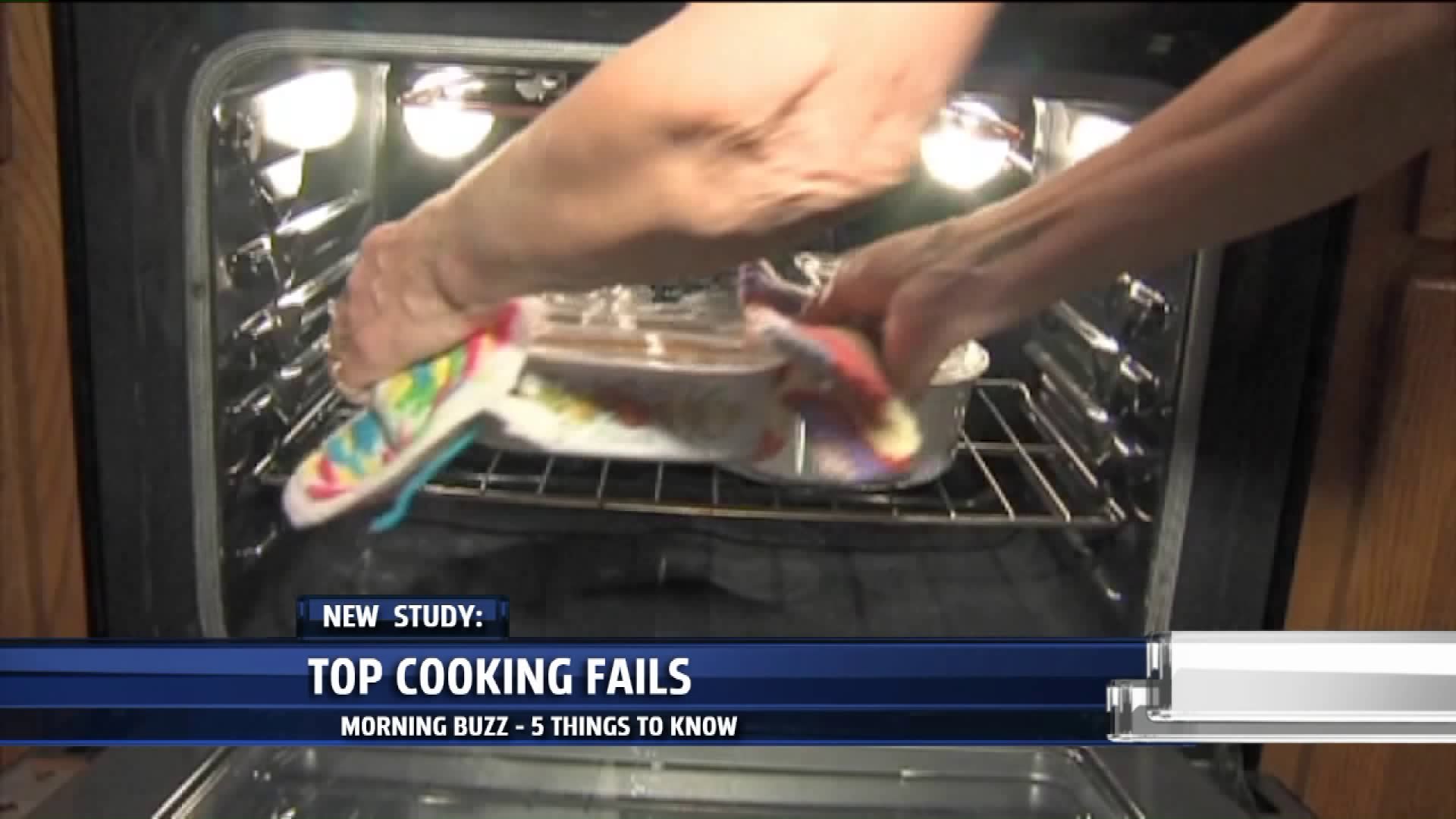 From a winter prediction that’s not sitting so well all the way to Babe Ruth’s bat hitting a homerun with those who collect memorabilia, here are five things people are chit chatting about in our Morning Buzz.

1)The winter outlook has been released by the National Oceanic and Atmospheric Administration (NOAA) and it’s not sitting well with those who aren’t a fan of the cold. Estimates show that December, January and February are going to be rough. Predictions call for it to be “wetter” than normal with an average snowfall in Michigan around 75 inches. Those predictions are based on long-term climate data and weather patterns.

2) Also in the “Buzz”, all relationships have to have good chemistry and that's what you'll find at the Kelly Family Sports Center in Allendale this weekend. People from all over the nation say they're coming to West Michigan to celebrate 'National Chemistry Week' and the International Year of the Periodic Table. There will be research posters, activity tables, and demos from local educators and companies including: Gentex, Amway, Grand Valley State University and Michigan State University. However, the headlining attraction is a world record attempt for the largest periodic table. The free event is Saturday, Oct. 19 between 10am and 2pm

3)Fundraising efforts are underway for a dog park in Holland. Organizers are hoping to raise $200,000 to open one at Van Raalte Farm. The first dog park for that city would feature a heated dog wash station and year round bathrooms. Construction would begin in the spring of 2020. If you would like to donate, head to the City of Holland's website.

4)Are you a baseball fan? How about getting a hold of Babe Ruth’s iconic bat, used to hit his 500th career home run back in 1929? Ruth gave the bat to a friend who then passed it onto his son, who is now selling it. Estimate state it could bring in around $1 million-dollars.

5)And do you strike out in the kitchen? A new survey by “Onepoll” recently surveyed the culinary skills of 2,000 Americans. Researchers found that 30 percent of Americans are embarrassed by their lack of skills in the kitchen. The biggest fails include burning food and over-boiling water. Not to mention, some say they add too much salt.