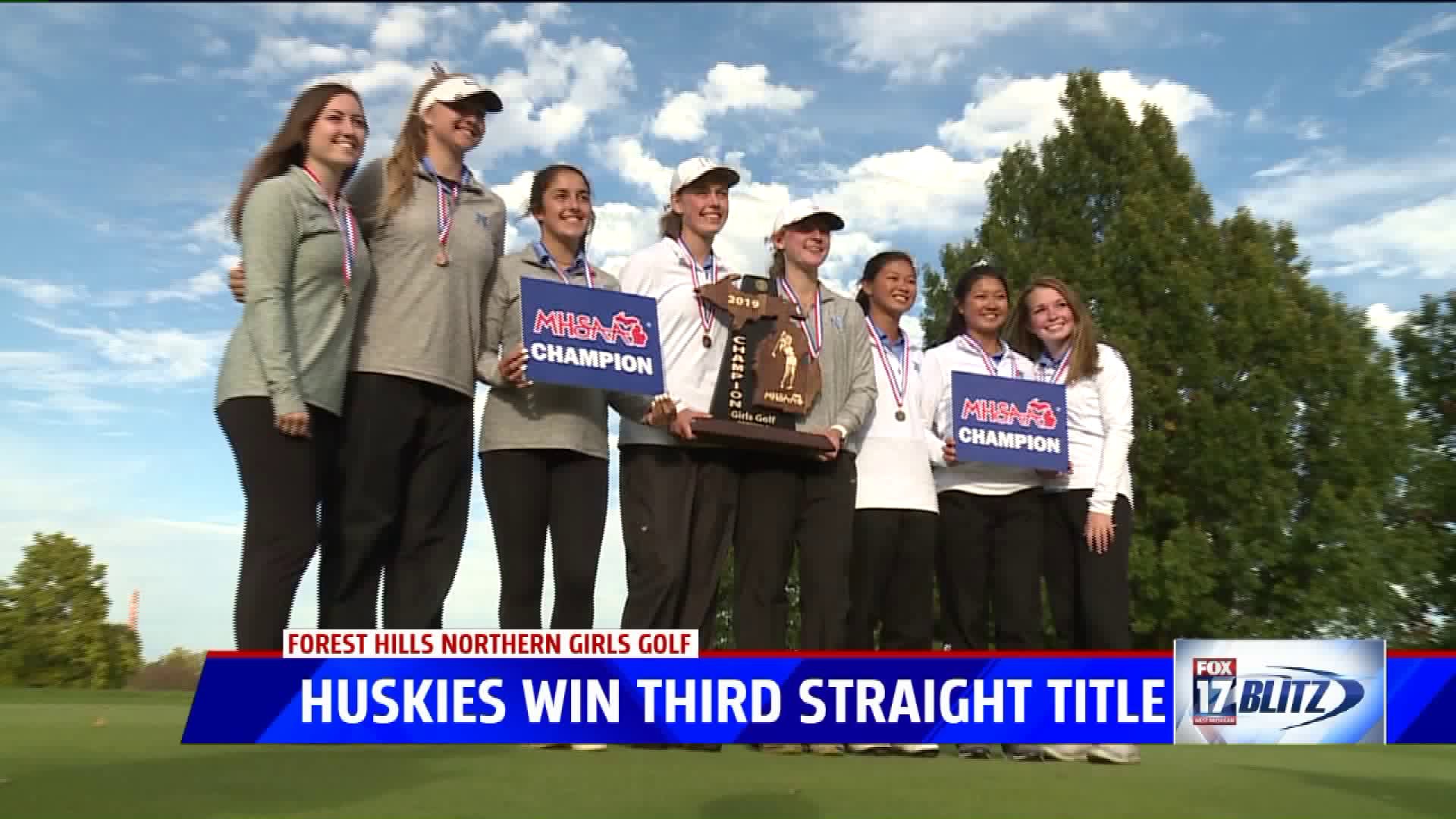 EAST LANSING, Mich. -- Kent Graves has been coaching girls golf at Forest Hills Northern for 12 seasons and has led the Huskies to three straight state championships dating back to 2017.

"It doesn't get old," Graves smiled, "it's pretty special because every group is different. I love these kids, they work so hard, we set the tone three years ago on what you have to do to get to a state championship level and they've carried it through."

The Huskies had three golfers in the top ten individually including junior Anna Fay who shot a two-round of 157.

"It's so cool, it's hard for us to even realize how special it even is and how much work we've put into it," Fay said, "but it's great to see all the hard work you do pay off."

Senior Ava Frost shot a second round 77 for a two-round score of 165 to help lead Northern to the state title.

"It's insane," Frost continued, "I mean people don't realize how much work goes into this. We've all worked really hard all summer and during the season to get here, so it takes a lot of hard work to do this."

Junior Lilia Henkel had a team best two-round total of 153, finishing just three strokes off of the individual lead.

"We don't know how special it is because all we know is winning," Henkel laughed, "I know that sounds kind of cocky but a three-peat is nice, I'm just looking for a four peat next year."