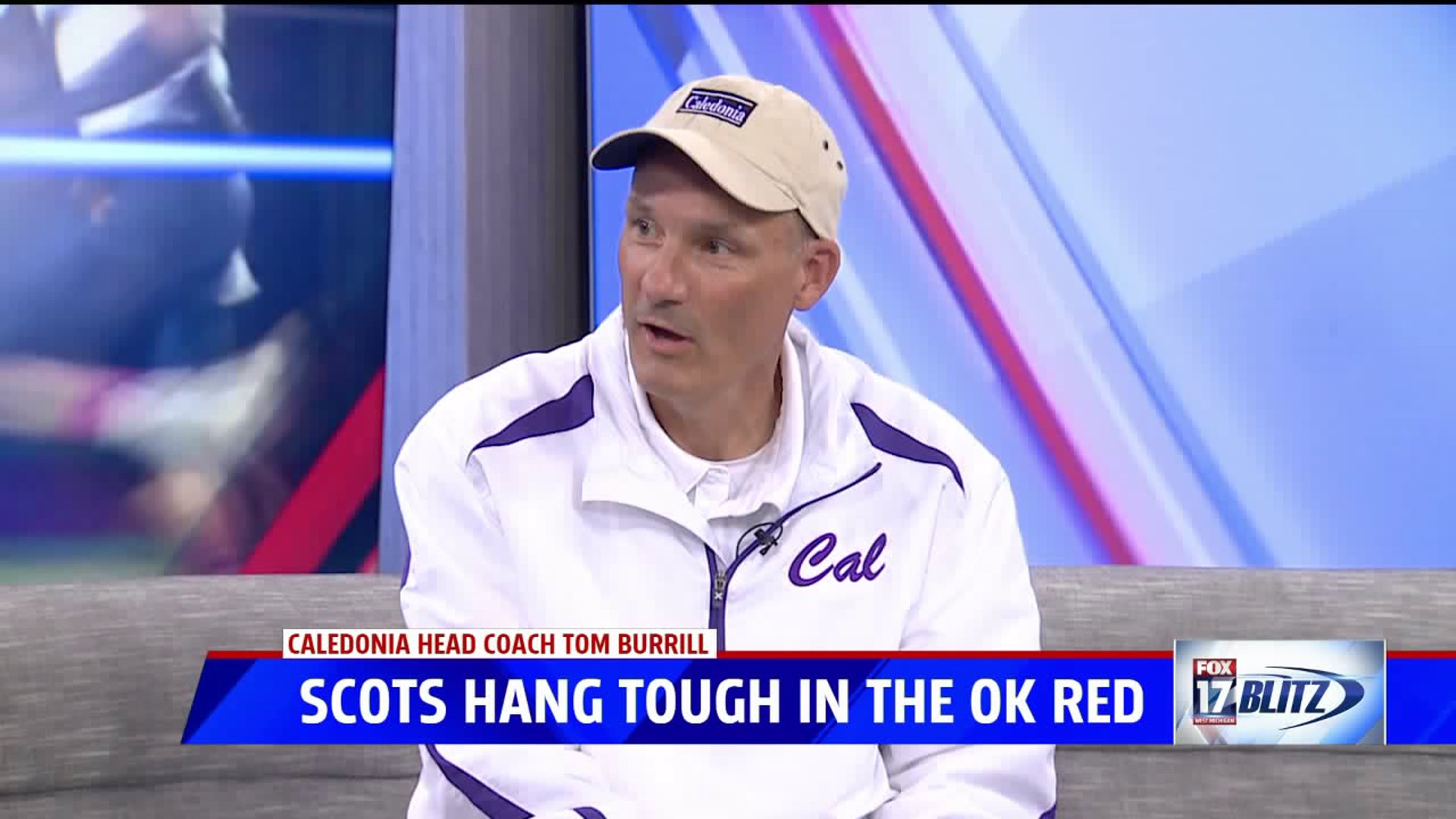 GRAND RAPIDS, Mich. -- Caledonia head football coach Tom Burrill is in his 19th season and second stint at the helm. This fall, the Scots are 3-5 overall but have played one of the best schedules in the entire state, featuring eight of the nine teams with winning records. Burrill joined us in the FOX 17 studios on Sunday night to talk about his team and the conference as a whole.