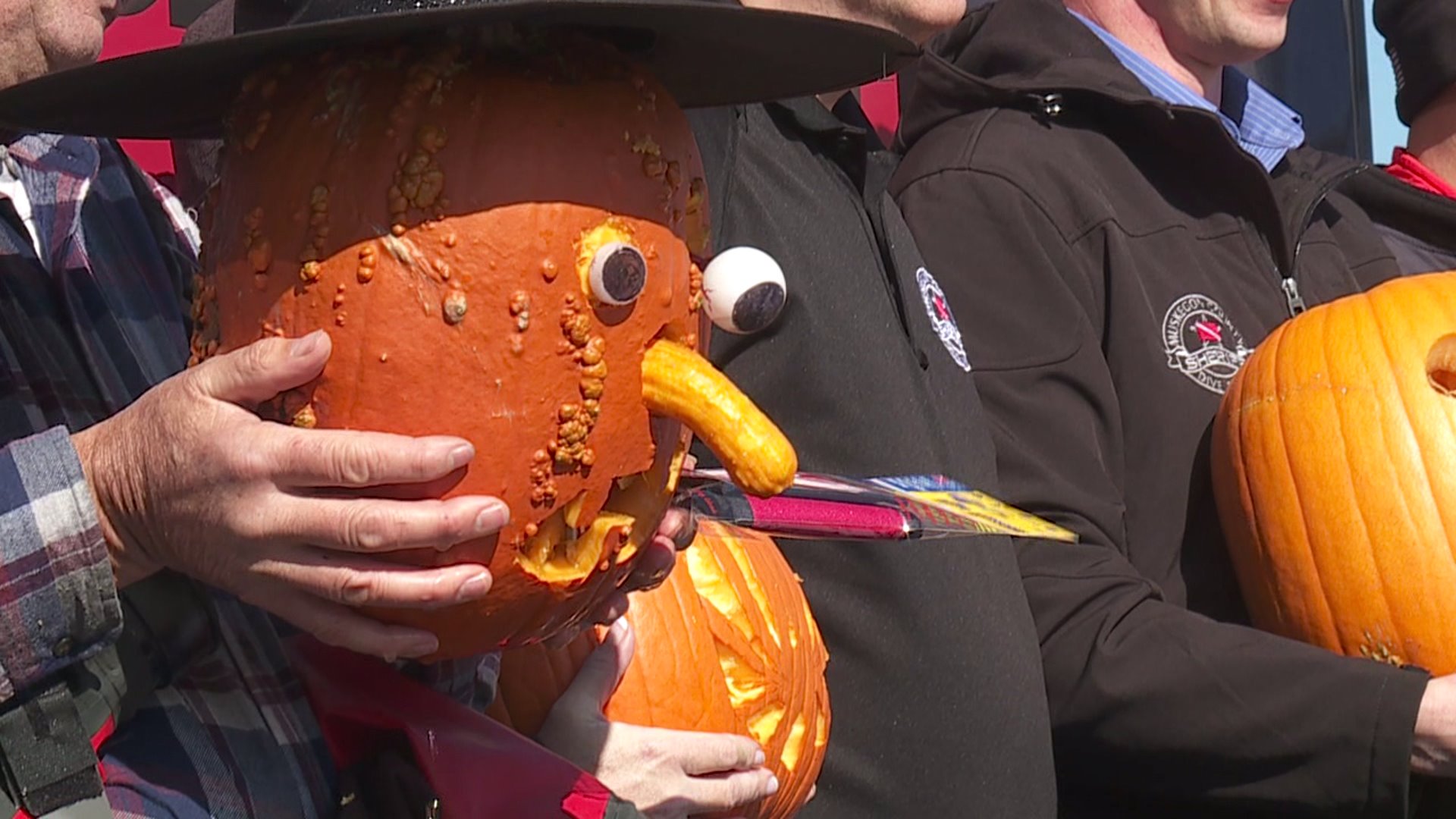 MUSKEGON, Mich. — The Muskegon County Sheriff's Dive Team has an unusual way of training in October.

For the past 15 years, Chad Woodward, Chief of the Muskegon County Sheriff Dive Team, and his team members have been coming to USS Silversides Submarine Museum to carve pumpkins underwater.

"It originated when all the local dive shops started doing underwater pumpkins carvings as kind of a training event for their divers," said Woodward.  "Then we kind of sprouted it off and made it part of our annual training."

Until recently, underwater pumpkin carving was for members of the dive team. Now they want to get the word out and want to see more of the public get involvement in their October tradition.

"We encourage the public to come out," said Woodward. "We use this as a public outreach event as well, trying to show what we have for the team and what we can do."

Divers like Jennifer Byers, a volunteer for the dive team, came out with her family to participate in Sunday's activities.

"When there’s an opportunity to get in the water I’m there," said Byers. "This is an opportunity for the whole community to come out and scuba dive. Its for anyone who wants to dive."

Prizes were given out to the three best pumpkins.