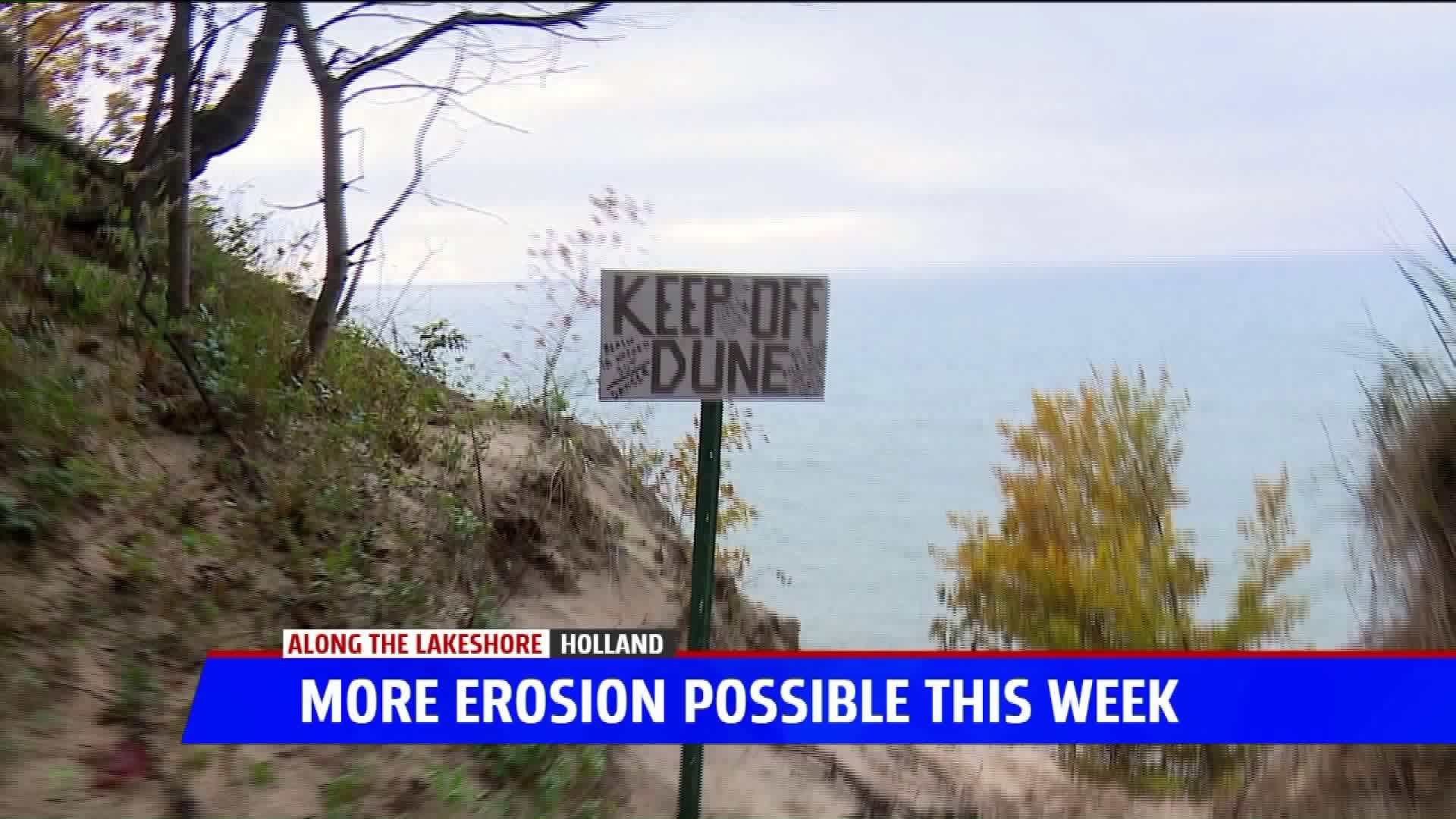 HOLLAND, Mich. -- With a storm in the forecast, those on the lakeshore are anticipating even more beach erosion.

Lakeshore homeowners say this is the worst erosion they’ve seen in several years.

Storms and high waves have chipped away at the Lake Michigan shoreline, shrinking beaches and taking out parts of peoples homes.

"At first I was like how could this be? Where is it coming from? And then it dawned on me it’s coming from people’s homes and their decks," Holland Resident Joyce Nilsen said.

Debris from decks have been washing up on Nilsen's backyard.

"I definitely have compassion for people who have lost a deck or house so I'm in no position to complain," Nilsen sad.

"I believe that Mother Nature rules. It's always the strongest force and we do what we can," Nilsen added.

Just down the road, homeowners have been putting gigantic sandbags down, but the water keeps creeping closer and some homes have already parts of their staircases.

"There’s a lot of people that are worried that live up and down Lake Michigan here and depending on where their house is and how close it used to be to the sand dune. They are very worried about the sand erosion and potentially losing a deck and maybe a home falling in," Holland Resident James Terpstra said.

Or even falling in themselves.

A popular trail off James Street in Holland, used to lead to public-access waterfront, now it's a cliff.

"I’ll bet there’s 200 feet of water where there used to be a sand dune, it's absolutely crazy, it's mind-blowing and now its a cliff," Terpstra explained.

With a big drop down, signs  now warn of the danger and the reality of living on the shore.

"That’s part of the beauty of Lake Michigan too, because it's unpredictable but it's absolutely gorgeous. In this situation it’s a little bit scary for the homeowners and cottage owners on Lake Michigan," Terpstra added.

On top of all this, Lake Michigan has seen near record water levels this year.

The Department of Environment, Great Lakes, and Energy said they are aware of the erosion on the lakeshore and ask those who need emergency permits to contact them.