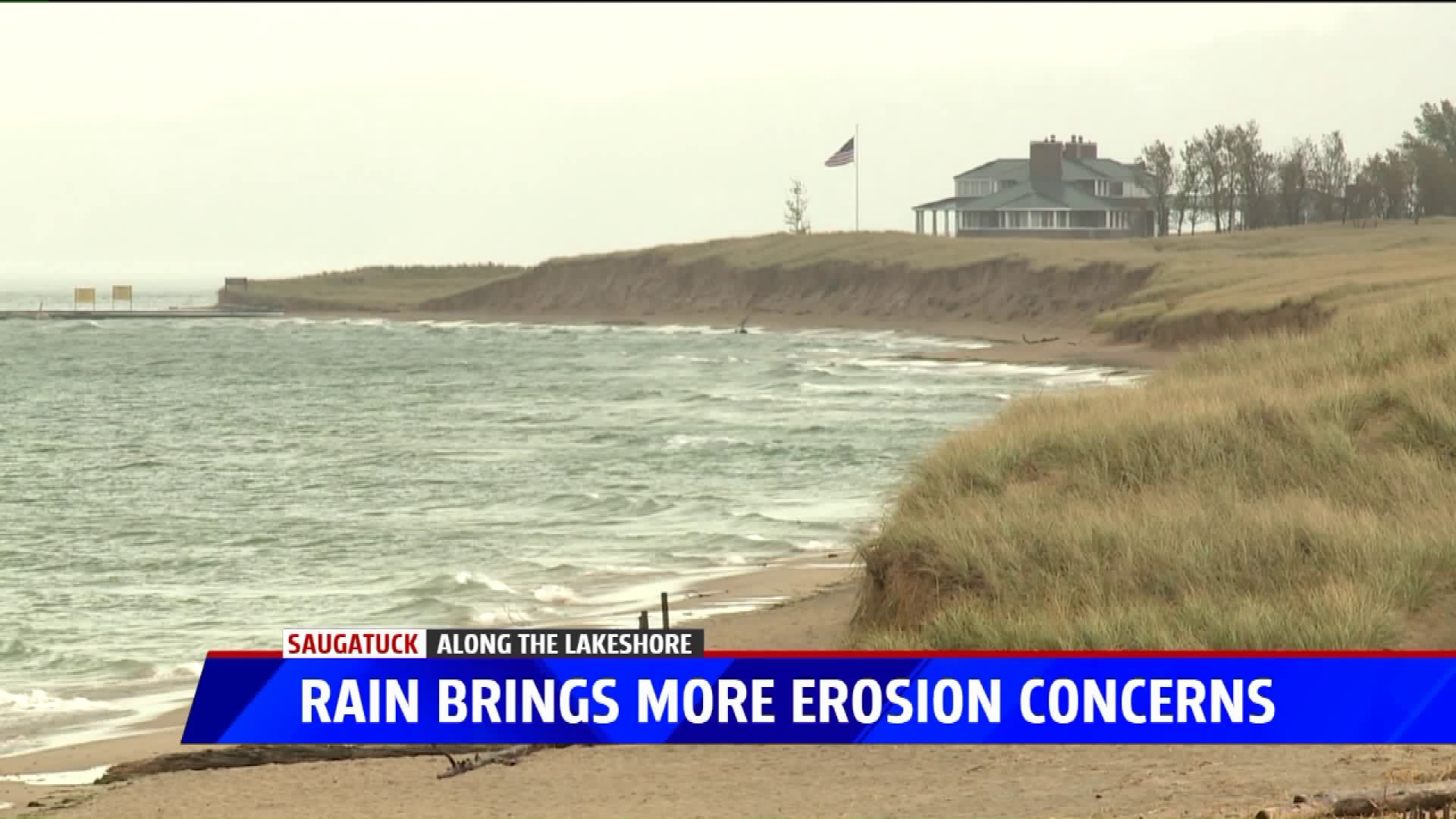 SAUGATUCK, Mich. — The West Michigan shoreline has been battered, causing widespread erosion with no sign of slowing down.

On Oval Beach in Saugatuck, you can see erosion fencing that was put up last month to help control sand loss.

It hasn't stopped all the erosion and with more storms theres concerns over the lasting affect on beaches like this one.

"If more storms are happening, you bet you I'm going to be concerned," South Haven resident Pat Knerr said.

"It’s always on cycles I know that much and we’ve kind of been waiting for the tide to get lower." Knerr added.

Knerr lives in South Haven, but has a place in Pentwater that’s been changed rapidly from erosion, the lingering effects of recent erosion are what’s most concerning to him.

"I'm concerned by the fact that its not being self-corrected, the eco system and the patterns that usually are at bay aren’t really happening, its just there's an over-encumbrance of water flow, theres no way for it to go anywhere, its not just going to go overnight." Knerr said.

FOX 17 reached out the Department of Environment Great Lakes and Energy last week, who says they are aware of the erosion issues and that if anyone needs an emergency permit to contact them.