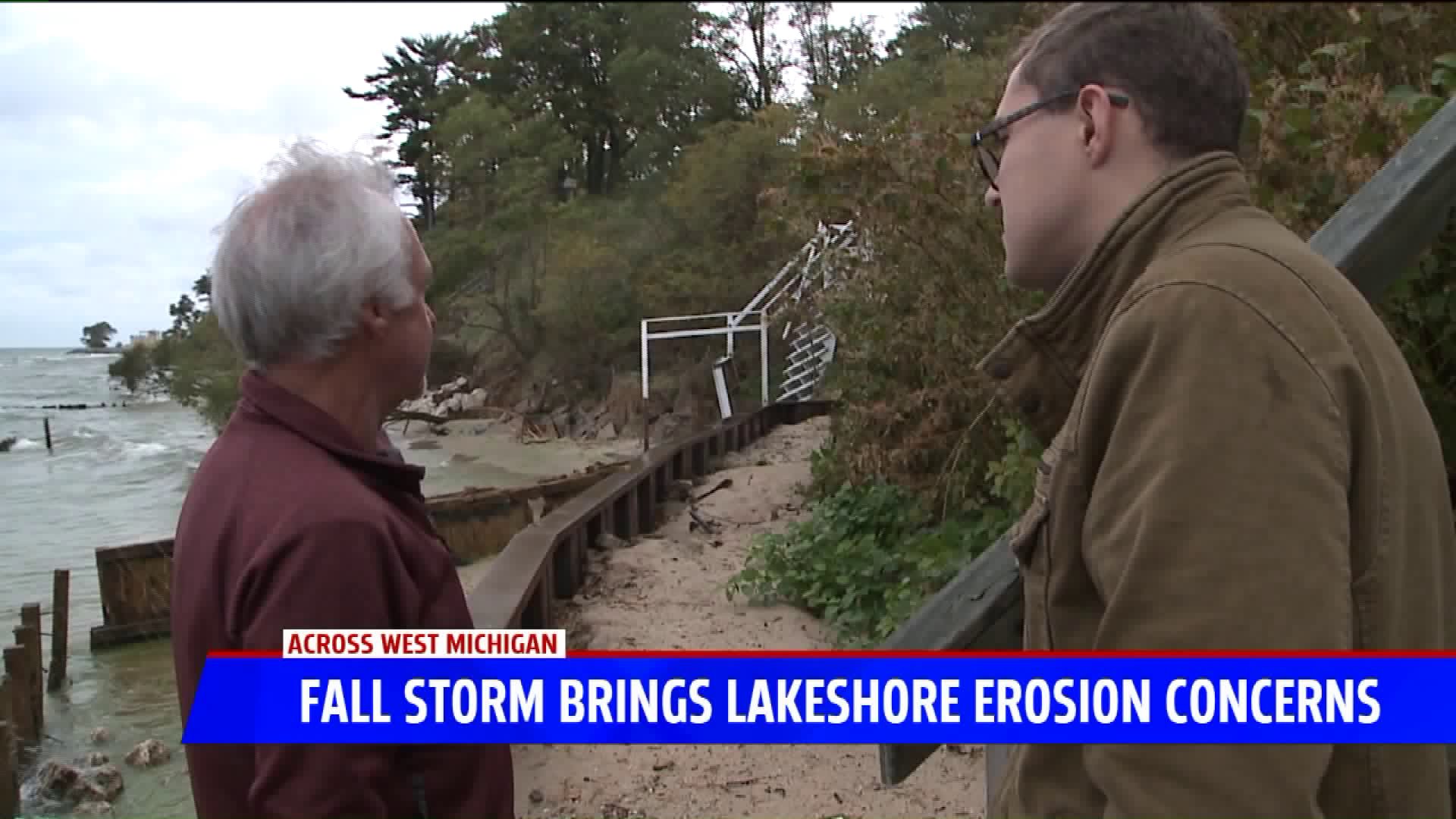 NORTON SHORES, Mich. — As water levels on Lake Michigan continue to rise, homeowners along the lakeshore worry they might soon see major damage to their properties.

According to the US Army Corps of Engineers, Lake Michigan’s water levels are about 2 feet above what they were in October of last year.

This has allowed the shoreline to get terrifyingly close to more than a handful of homes. Norton Shores resident Andy Hanichen has been planning to install a massive retaining wall along the lakeshore on his property for the last year and a half.

“I know a lot of people are in worse shape than we are," he said. "We were fortunate enough to get a jump on the game and start applying for our permits about a year and a half ago. It took about a year to get the permits.”

Hanichen and his family have lived in their home for the past eight years. In that time, he says they lost about 100 yards of beachfront land to the rising levels. He hopes his new retaining wall will take care of any further loss.

“We’ve got 12 feet of steel buried down in the sand and 10 feet exposed and I guess right now, we’re hoping that this will be enough,” Hanichen said.

Several residents that FOX 17 spoke to Monday afternoon were worried they would not get reinforcements in place before the levels rise again due to aggressive weather. “And now it's getting difficult time to do the work. I feel for them and my guy thats been working on it,” said Vance Smith, another Norton Shores homeowner.

Smith has a contractor currently working to reinforce his property. He doesn’t know yet when that will be completed.

The Department of Environment, Great Lakes and Energy said they are aware of the erosion on the lakeshore and ask those who need emergency permits to contact them.