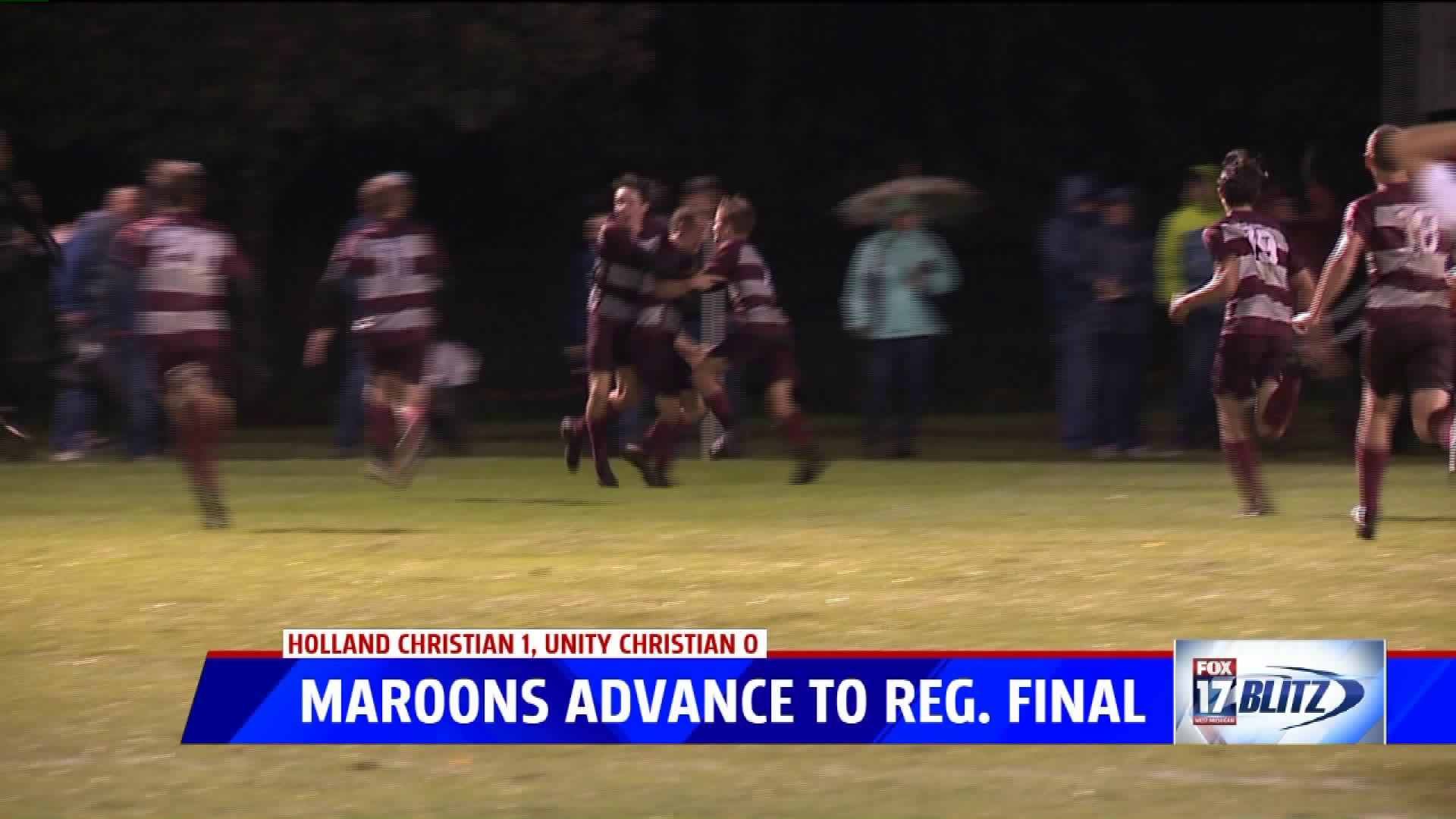 GRAND RAPIDS, Mich. -- Holland Christian and Unity Christian have met twice in the regular season, both games resulting in a tie. On Monday night, the Maroons and Crusaders met again in a clash of the state's top two teams in Division 3. The game would head into overtime scoreless before Holland Christian senior Chase Freriks scored to send the Maroons to the regional final.

"This is an awesome game, a clash of the titans is how I think of it, we played them twice, we tied them twice last year," Freriks said after the game, "we knew this was going to be a really big game and it went down to the last minutes, I'm super pumped."

The Maroons will advance to Thursday's regional final at South Christian against the winner of the other semifinal between the Sailors and Dowagiac.

"It's very satisfying," head coach David DeBoer said, "these kids have worked their tails off all year and I'm just proud of the continuous effort they put in, we're excited about Thursday."