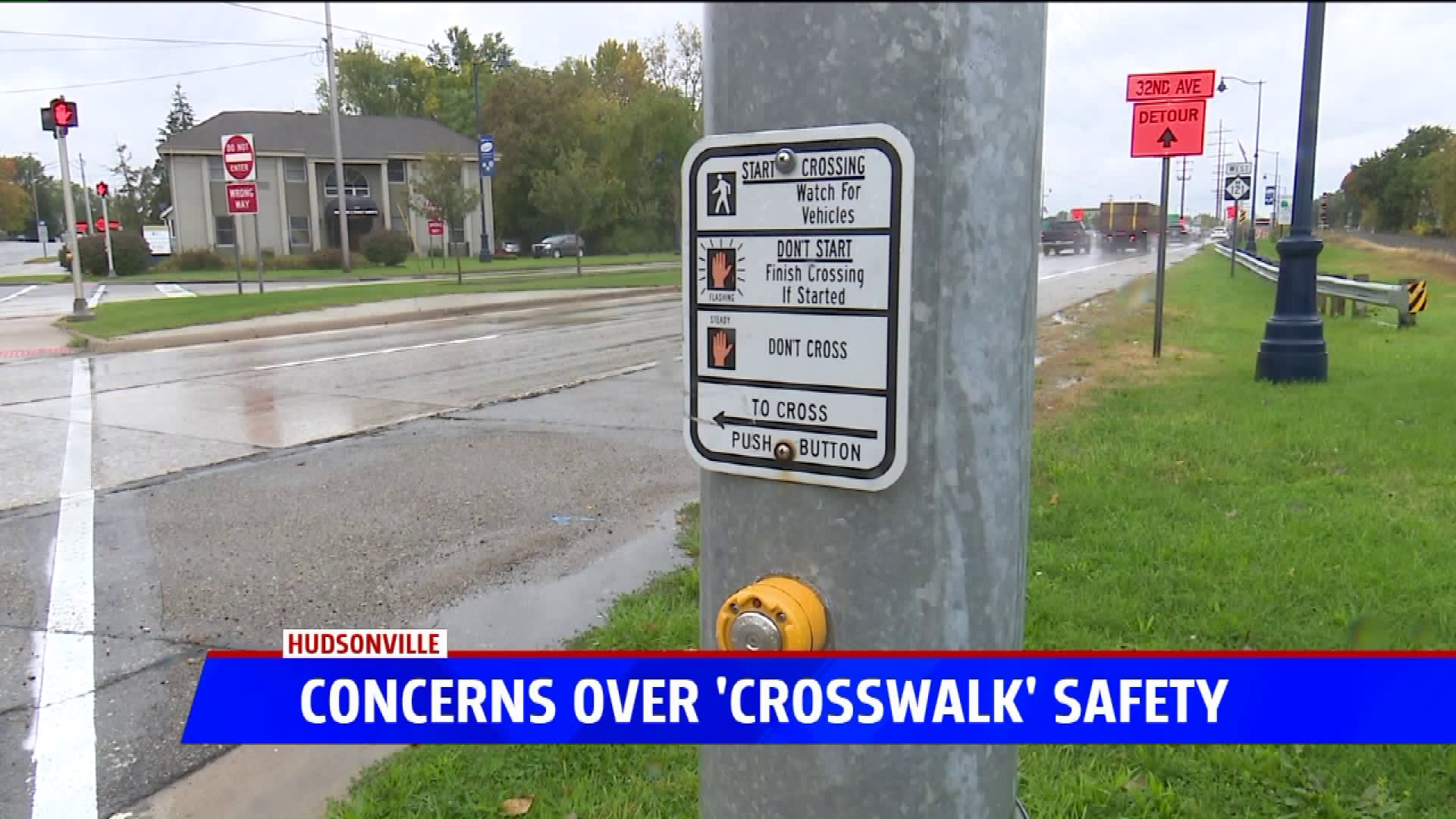 HUDSONVILLE, Mich. — Pedestrians in Hudsonville will soon have a safer way to cross busy roads like Chicago Drive.

The city is building a sidewalk and flashing signal to promote walkability, but a new ordinance comes with it.

"The new ordinance essentially requires vehicles to stop for any pedestrian that is within a marked or unmarked intersection," said Hudsonville City Manager Patrick Waterman.

The idea stems from a crosswalk to the downtown area.

"One of the barriers we have in Hudsonville is a state highway that bisects our community, Chicago Drive," Waterman said. "There's just a lot of movement back and forth and we identify that as a critical crossing point that we want to make sure it's safe."

It's an ordinance that many Hudsonville residents say they can get behind. But, there are some reservations about relying solely on the ordinance.

"I just want to make sure that they're being safe and smart about it. It should be their best judgement whether or not it's safe for them to cross the road and first and foremost they should be the ones watching out to see if there's a car. A person is a lot smaller than a really large, heavy vehicle," said Hudsonville resident Jesse Davis.

Along with the ordinance the city plans to put a pedestrian activated flasher on that downtown crosswalk on Chicago Drive near School Avenue.

With the new ordinance now in effect, city leaders say it's left up to both the pedestrian and the driver to take precautions on all roads.

"Just because the flashers are there for pedestrians it's still onus on the pedestrian to make sure it's safe before they step off the curb," Waterman said.

Those flashers and construction on the sidewalks leading to the downtown area are expected to be finished by the end of October.

As for the ordinance it's already in effect and if drivers don't obey it they could face a moving violation.