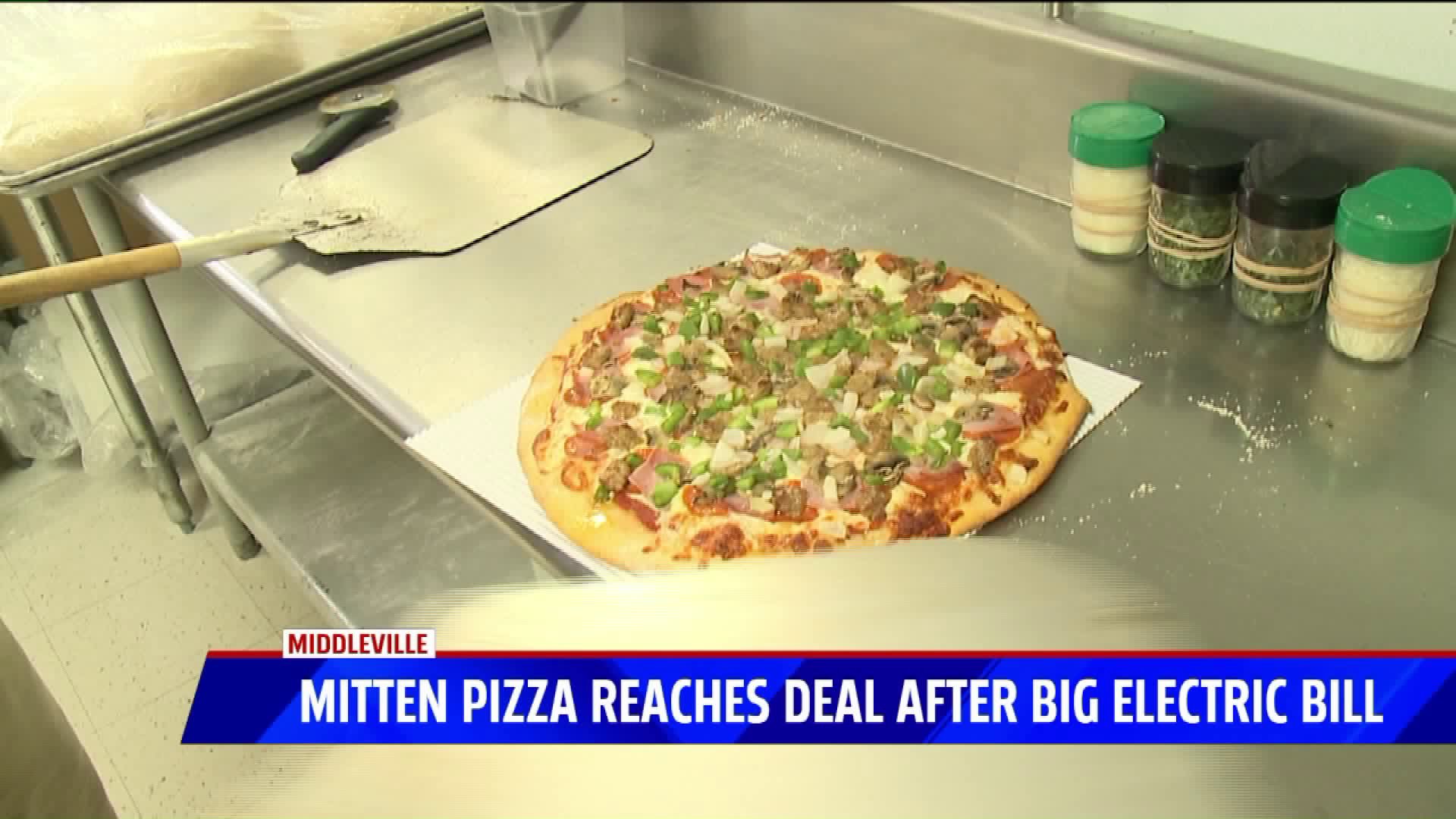 MIDDLEVILLE, Mich. -- Jamie Zichterman, owner of Mitten Pizza, thought someone was playing a joke on him when he pulled out the electric bill for almost $20,000.

“It was just one of those things where it was almost like…is someone messing with me?” said Zichterman.

The problem was in the meters – there were two of them at Mitten Pizza, but they’d only been receiving the bill for one since they moved in. So the heart-stopping amount was more-or-less back pay for years of no readings on the second meter, as GLE told Zichterman.

“She told me it’d been happening since 2010,” he said. “There’s been other businesses in here. That’s not my problem.”

But it quickly became Mitten Pizza’s problem. In a Facebook post shortly after, Zichterman told staff and patrons they would likely have to close their doors. Even a GoFundMe page and a community-held fundraiser, though nice signs of support, didn’t look like they’d bring in enough.

Last Thursday, Jamie finally got a call from Great Lakes Energy, who sent out two representatives and hashed out a deal with Mitten Pizza to find a more reasonable way to make everyone happy.

“They sent down two of their higher-up management-type people and we sat down and we talked and we came to a deal over a pickle pizza,” said Zichterman, now much more relieved.

Although he couldn’t discuss the terms of the agreement, Zichterman said Mitten Pizza has new life now, and certainly won’t be closing up anytime soon. All of the money raised from the GoFundMe and fundraiser will still go towards the remainder of the bill.

“Pizza brought us all together, you know?” he said. “It’s amazing. Everybody loves pizza, and everybody likes a good story.”