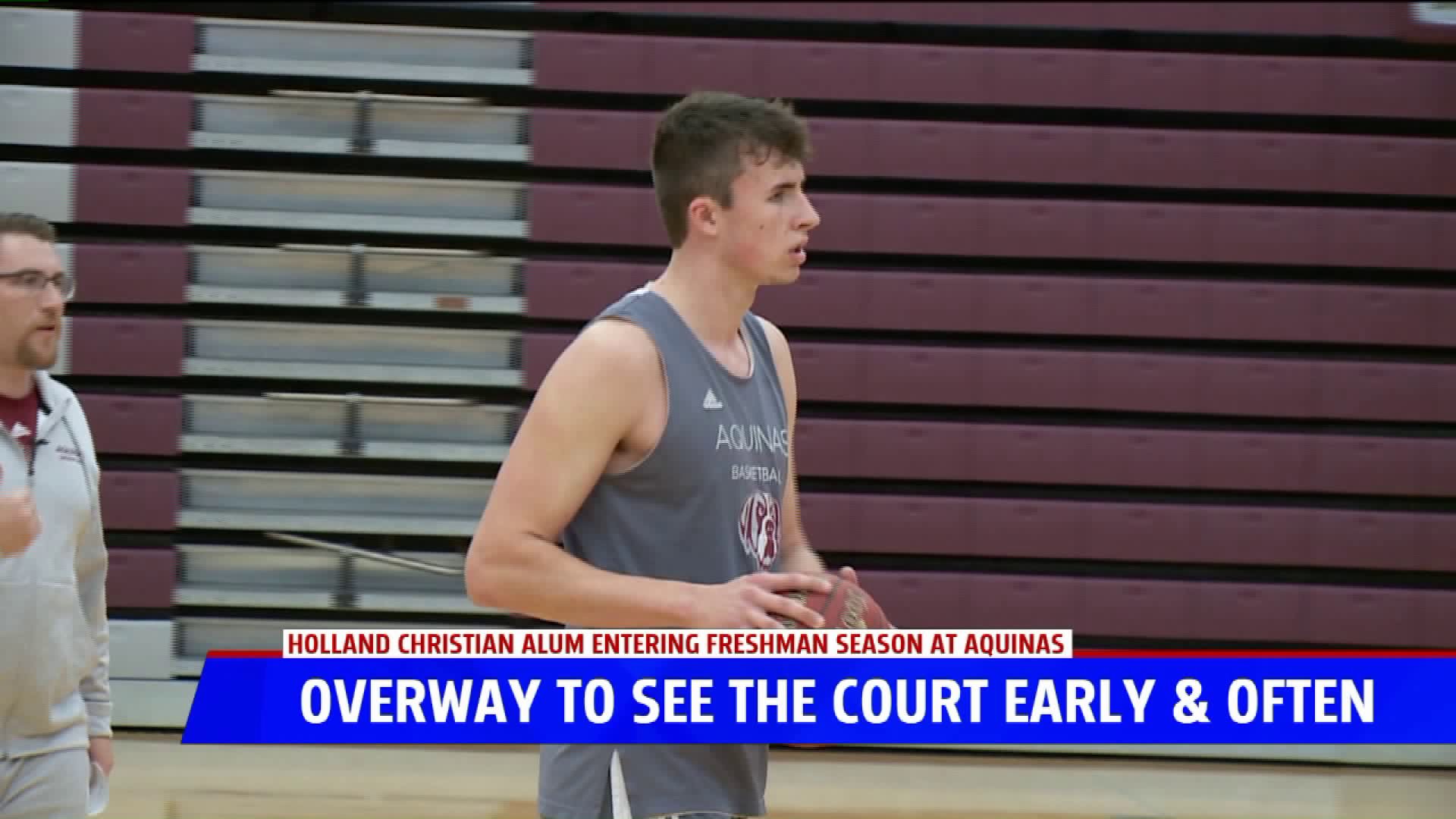 GRAND RAPIDS, Mich. -- Gabe Overway missed much of his senior season at Holland Christian last season. Now, he's completely healthy and ready to get his freshman season at Aquinas College underway. The six-foot-eight Overway is expected to play a big role for the Saints this season.

"He'll play minutes right away," head coach Ryan Bertoia said, "his first week will bring some growing pains, but that's good for him to take it on the chin a little bit and see how he reacts to that."

Bertoia has also been impressed with the freshman big man and his knowledge for the game.

"He's constantly learning, he's asking a ton of questions and then you factor in the physical side, his size, his touch, his ability to take up space inside."

Overway understands the expectation going into this season and he's ready for that.

"It's exciting to know I can come into college and get minutes right away," he said, "I know we have a lot of other good guys on the team so it means a lot to me. I think the team has come a long way since we started, great chemistry together, we're willing to put in the work and I think we're going to have a good year."

The Saints begin the season with the Crossroads/WHAC Challenge on Friday, October 25 against Spring Arbor in Marion, Indiana.