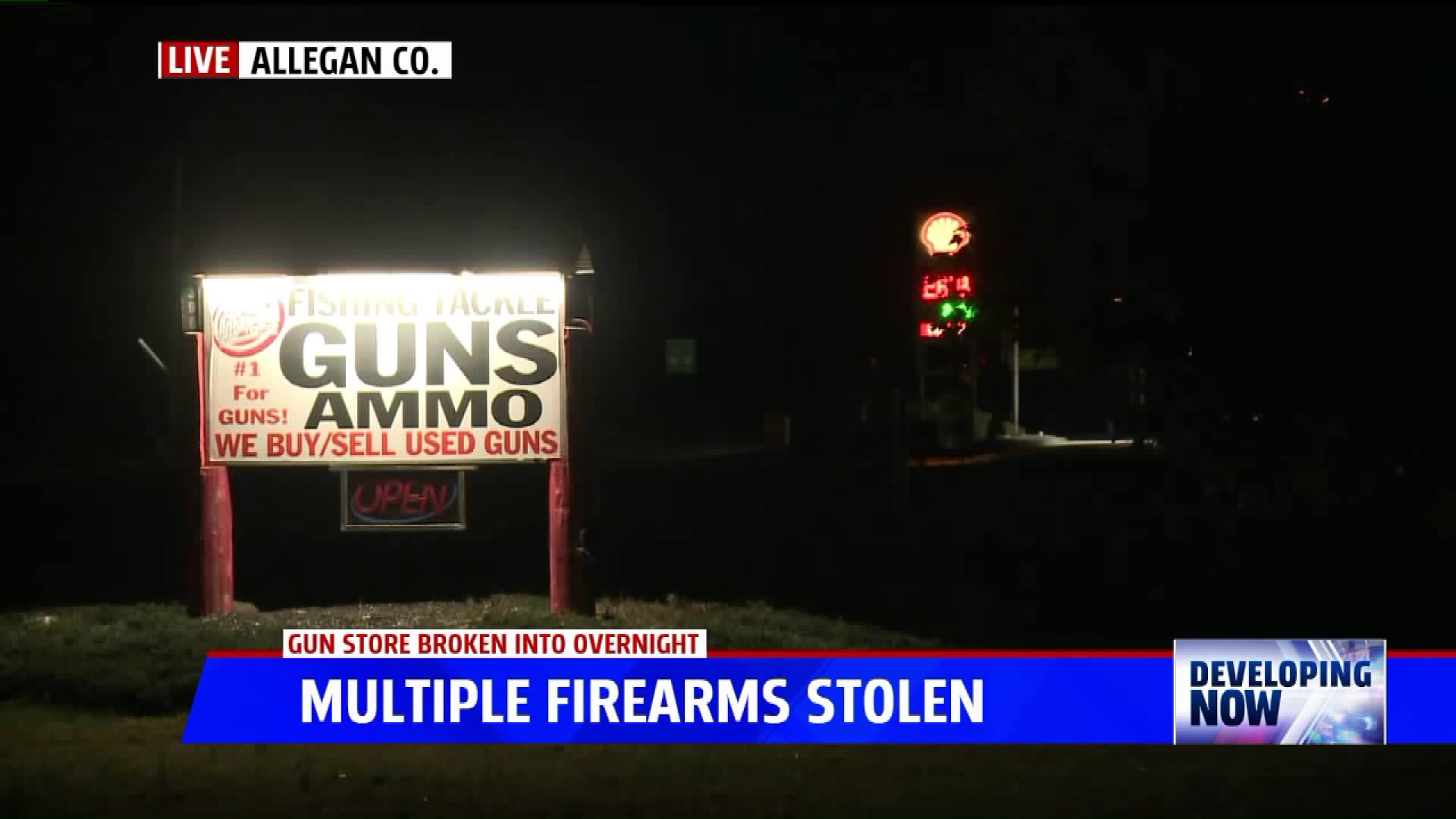 SAUGATUCK TOWNSHIP, Mich. -- Deputies with the Allegan County Sheriff's Office are searching for suspects after a gun and tackle store was broken into overnight.

It happened at a gun and tackle store late  Sunday night around 11:49 p.m. in Saugatuck Township but the sheriff's office won't say where exactly.

A clerk inside the gas station next door to Lakeshore Tackle and Firearms, 6398 Blue Star Highway in Saugatuck Township says he saw several Allegan County deputies at the business overnight investigating.

The sheriff's office says their deputy had a three minute response time and arrived to find the building had been broken into. We're told several firearms were stolen.

If you know anything, call the Allegan County Sheriff's Office or Silent Observer.