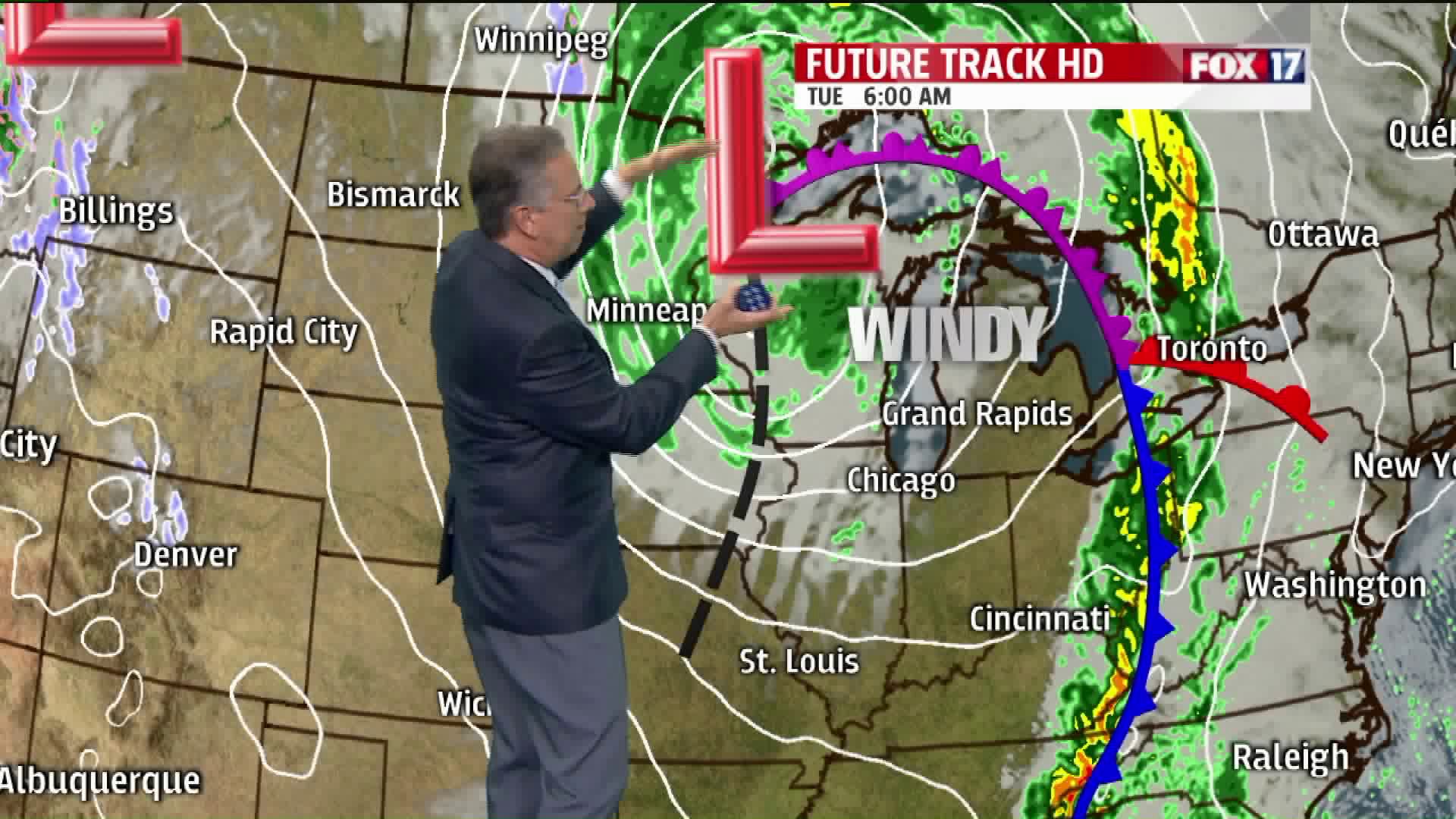 WEST MICHIGAN -- Sustained winds on Lake Michigan between 30 and 40 mph along with higher gusts will ramp up Tuesday and continue the threats of high waves and beach erosion through Wednesday morning. This, as a strong low pressure system slowly departs into southern Canada.

Last weeks' powerful storm with northwest winds gave us the highest waves (about 10 to 12 feet) from Holland southward. This storm system with strong southwest winds will likely yield 10 to 12 foot waves (isolated 14 feet) from Holland northward. LAKESHORE FLOOD WARNINGS and GALE WARNINGS remain in effect for our lakeshore counties and out on Lake Michigan. Thus far on Monday, we've had wind gusts in Calhoun County of 53 mph, Holland at 52 mph, and Benton Harbor of 49 mph.

Below is our computer forecast model showing wind speeds and gusts, valid for Tuesday at 6 A.M. The larger, whiter number are sustained winds over a two-minute period. The "G" number represents the gust. The arrow shows the direction in which the wind is coming from. A note of disclaimer, these models actually have a tendency to UNDERDUE wind speeds, but hopefully you get the idea. It will be windy!

Below our forecast model is showing wind speeds for Tuesday at 6 P.M. Notice as winds turn more south/west, wave heights will increase as water is pushed toward the shore.

Our last image below is for forecast wind speeds valid for 6 A.M. Wednesday. Still breezy, but the winds will gradually relax through the day as the low pulls further away into Canada.

We should also mention lake effect/lake enhanced rain showers are likely Tuesday as colder air comes in behind this system. They will be most concentrated along/west of U.S. 131. Make sure to stay off piers and jetties as waves will topple these structures. There's a great photo taking opportunity on Tuesday to catch some of these high waves, but shoot from the shore. You can post those photos to our FOX 17 Facebook page.