‘3rd Floor Sam’ has people buying him beer at work 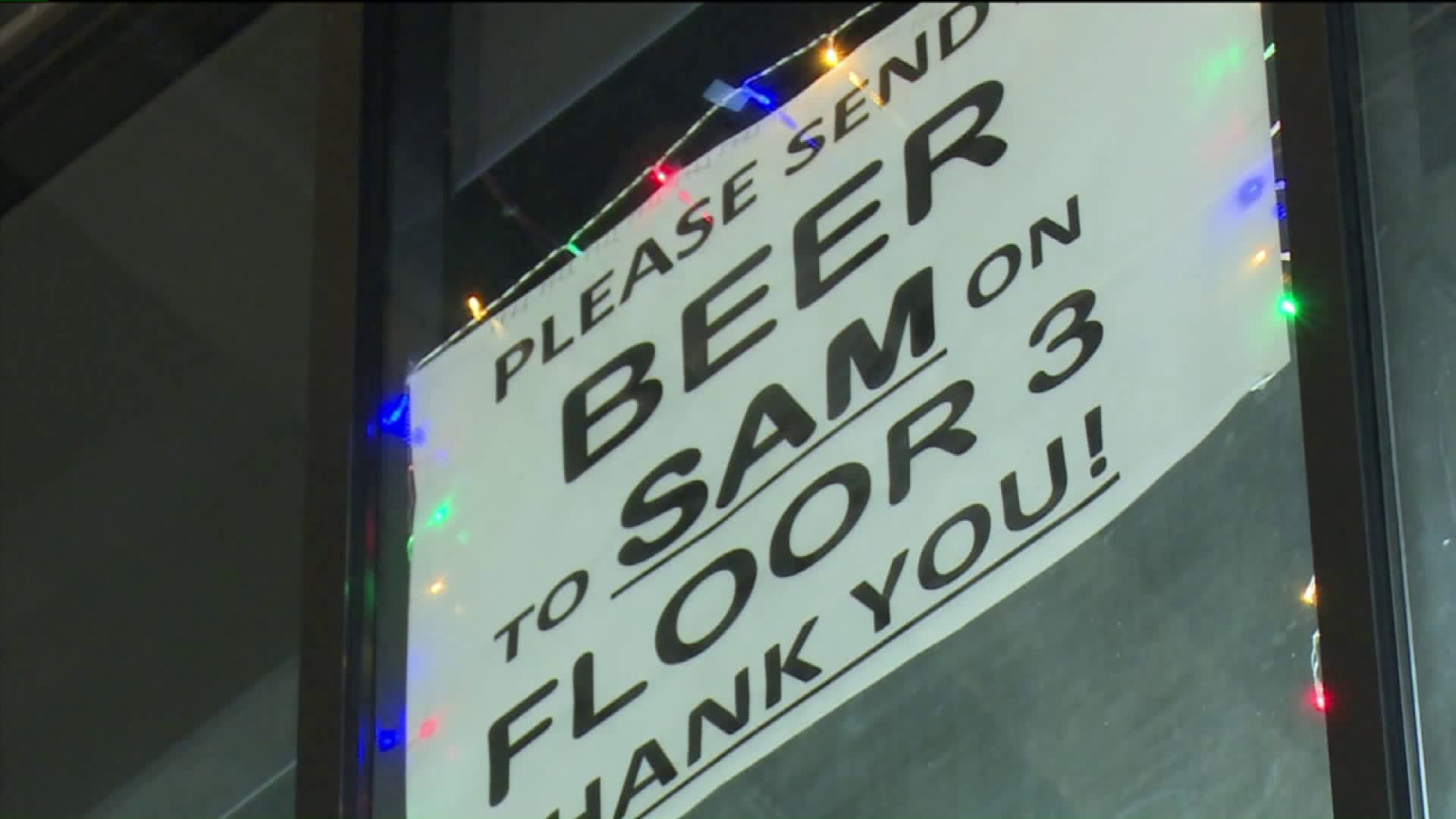 GRAND RAPIDS, Mich. — A man working in the office spaces above New Holland's Knickerbocker is getting a steady stream of free beer after putting a clever sign in one of his windows.

The sign sits an office window directly above the restaurant's Tree Room. The sign is several feet tall and reads "PLEASE SEND BEER TO SAM ON FLOOR 3. THANK YOU!"

So far, in the year it has been up, people have sent Sam a total of 85 beers. But who is this Sam with the genius plan? And how is he hanging signs in these windows?

Sam Hoats, a senior digital strategist with the company, came up with the idea while watching a soccer game. He noticed some peculiar advertisements on screen which prompted a thought.

“So I’m looking up at where my desk is and thinking, 'man, could I angle some text and make it readable?'” Hoats said.

At first, the sign was only about the size of a magazine cover. An intern at the company came up with the idea to use one of their massive printers to create a significantly larger version.

The beers started pouring in.

Eli Harper, general manager at Knickerbocker, said, "We keep the score updated there at 85. That's the current count of gifts he’s had in about a year. So, he’s saving some money!"

Harper says their staff has been having fun with Hoats' sign since he put it up.

“It's a fun story that kind of lives within beer city and I think everyone around here appreciates getting a beer purchased for them every once in awhile,” Harper said.

Hoats has now become something of a legend within Knickerbocker. So much so that New Holland now has plans to release a beer inspired by his quest for free brews.

Harper says we should see a run of "Third Floor Sam" within the next few months or so.

Click here for more about New Holland Brewing and their Knickerbocker location.