Kzoo Co. deputy jumps out of way of speeding vehicle to ‘saves his own life’ 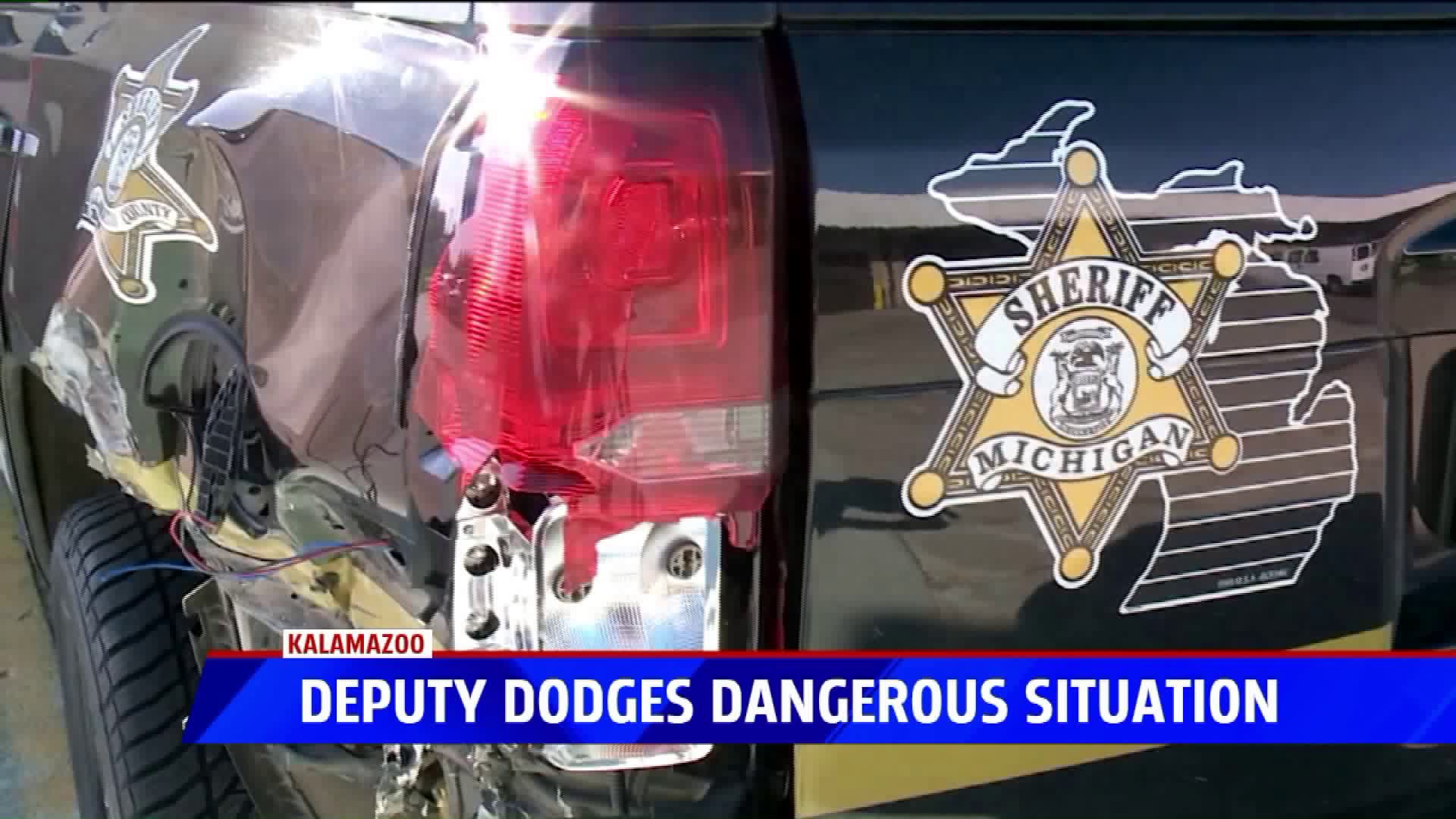 Deputy saves his own life

KALAMAZOO, Mich. — A Kalamazoo County deputy avoided a dangerous situation early Friday morning after some quick thinking. Sheriff Richard Fuller said the deputy was tending to a traffic stop when a vehicle was heading towards him.

“He had to take evasive action,” Sheriff Fuller said during an interview with FOX 17. “He had to jump out of the way of the vehicle because it struck his police cruiser as he was standing at the site of the car that he had stopped.”

Sheriff Fuller said the crash happened 10 minutes past midnight on October 18 on the 2500 block of Gull Road. The suspect's vehicle slammed into the cruiser so hard that its wheel got stuck underneath.

“The deputy’s unharmed only due to his own actions,” Sheriff Fuller said. “Paying attention is what we ask our team to do all the time and he was able to basically save his own life that evening.”

Sheriff Fuller said the vehicle then drove off with only three tires and crashed into a tree half of a mile away. There, the person was arrested by a separate agency.

Alcohol was suspected, he said.

“It’s so important that people understand that the men and women of emergency services -- whether it be law enforcement, fire, EMS -- we’re out there everyday putting our lives on the line to make sure that our community is safe,” Sheriff Fuller said. “And we’re very fortunate that while the deputy did witness that type of behavior, he didn’t become a victim of that behavior.”