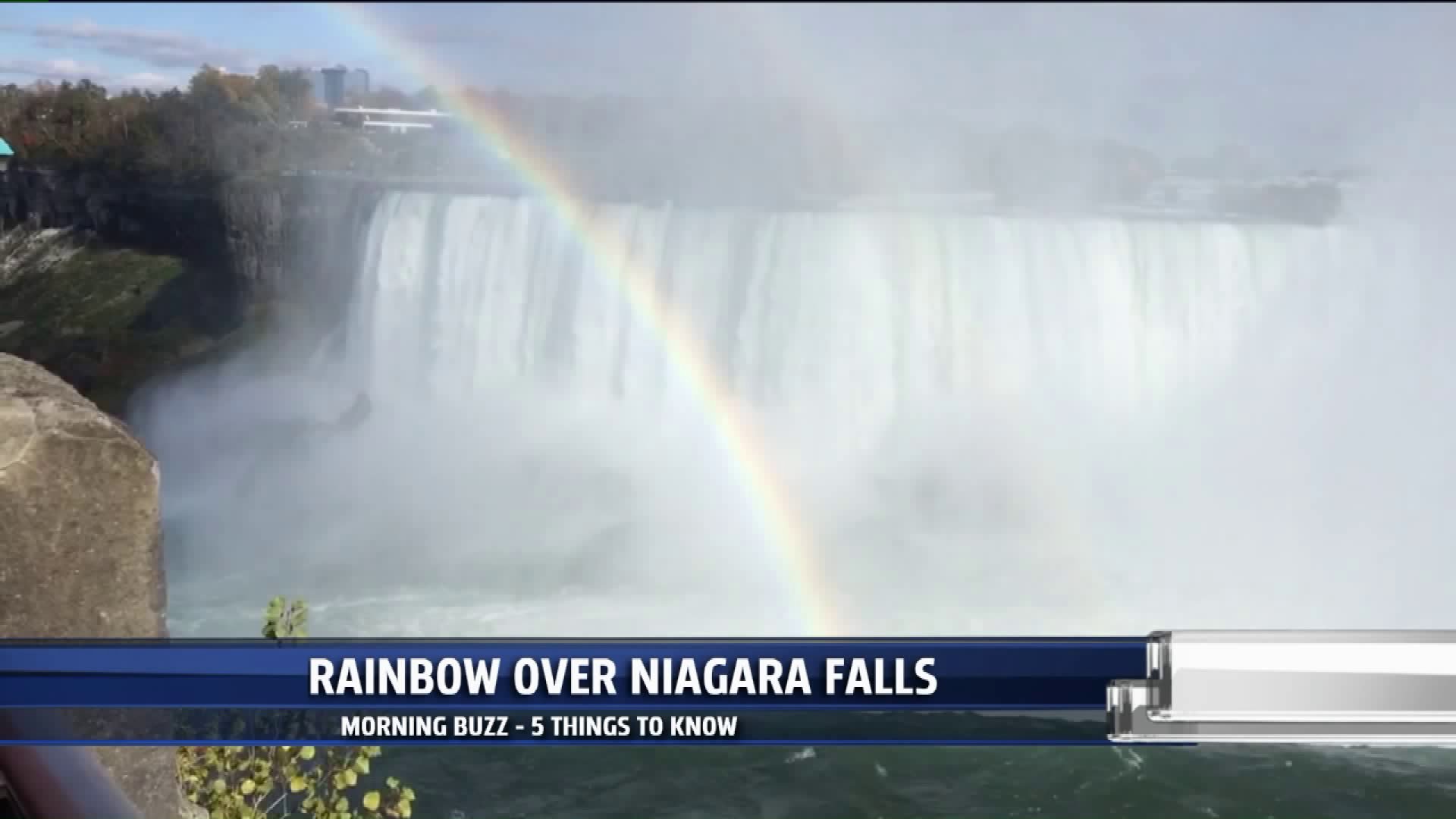 It's located on Jefferson Street near Garfield Park Lofts, which will open with a ribbon-cutting ceremony early Wednesday morning.

There will be more than 60 units between both buildings once complete. Hundreds of people are already on the waiting list.

The final open tryout in on Sunday, October 27 from 1 to 3:30 p.m. at Douglas Walker Park in Byron Center.

There is no cost to attend tryouts and no prior experience is necessary.

3. The logo for the 2024 Paris Olympic Games has been unveiled.

The design revealed on Twitter after hundreds of runners traced routes in the city to form the outline of the logo.

Officials say it resembles a woman's head, but there are many other symbols inside such as the Olympic flame and a gold medal.

The decision to encompass the elements in a women's head is a way of honoring France. The country's symbol is the Marianne, a female figure connected to the French Revolution and the Republic of France.

4. Starbucks is taking black coffee to a whole new level of darkness. In honor of Halloween, the coffee giant is debuting a Phantom Frappuccino.

The black and green drink is a blend of coconut milk, mango, and pineapple, with a lime-flavored slime mixed in throughout. Top it off with a dark whipped cream made from coconut milk and charcoal powder, and Starbucks creates the perfect vegan frappuccino.

The spooky concoction is only being offered at locations across Europe, the Middle East, and Africa.

5. Niagra Falls serving up a stunning two-part surprise. There's a double rainbow caught on cam from the Canadian side of Niagra Falls.

The colorful streaks forming in the mist created by the powerful water.

The first bold rainbow and it's slightly muted twin right behind it. The sun perfectly reflected off the water droplets in the air to create this dazzling display on Tuesday.