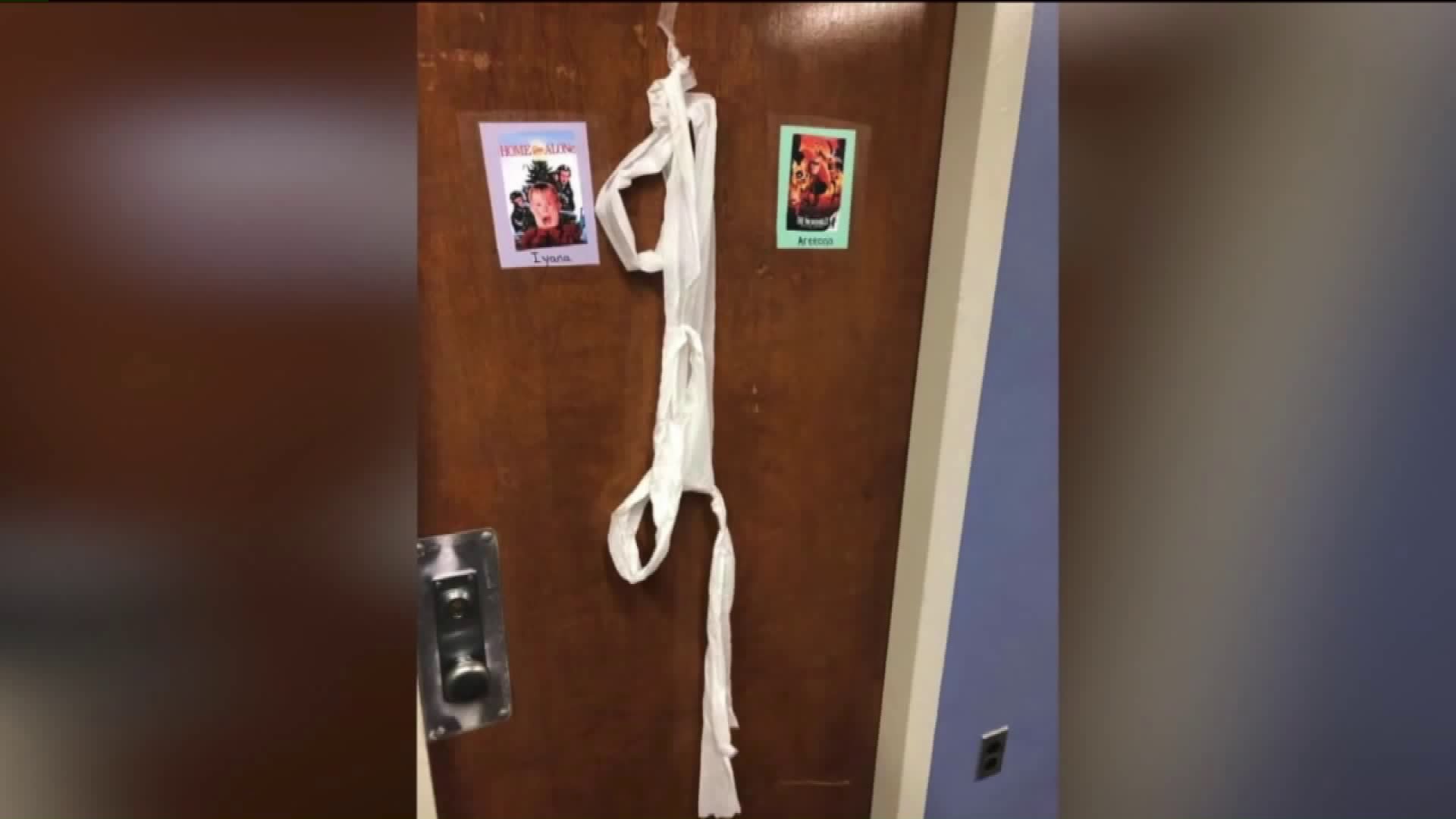 "Anyone is welcome to come and visit us and learn about our traditions without destroying them," she said. "I think we were surprised and very disappointed."

Review of surveillance video showed two young men she says were obviously intoxicated while vandalizing it. At this point, their intent is unclear.

"I don't know what's in people's hearts, but I like to think the best as opposed to the worst," Hughy said. "So I assume that this was two very foolish young men thinking that this was something fun - a fun activity, which I still don't understand, as opposed to a hate-filled incident."

She says that will be something the police will sort out when they find the two involved.

It's one of a handful of incidents around campus in the past week. Two black roommates reported finding a noose made of toilet paper hanging on their door this past weekend.
The Black Student Alliance held a meeting Tuesday night voicing what they'd like to come of it.

"(We're) demanding transparency, both between students and faculty, staff, administration, and those of higher position, as well as demanding resources and spaces that are built specifically for us with people who actually look like us and people who can cater to what we go through on a day-to-day basis," said Andrei Nichols with the Black Student Alliance.

Then Monday, a professor sent out a survey containing racist and stereotypical statements. The respondent had to answer how funny, prejudiced, positive or stereotypical the content is.

The professor behind the survey, Saleem Alhabash, has since apologized. He says he was trying to raise awareness about the hurtful words used online.

But the Black Student Alliance wants him fired.

"Intent and outcome are two different things," Nichols said. "Your intentions could be good in your mind, however if you do not look at the outcome of your intent then you have to deal with the consequences and repercussions that come with that."

His email read, in part:

"I want to personally let you know the concerns of our campus community are being taken seriously. Investigations by both the MSU Police Department and our Office of Institutional Equity are taking place, and we are providing support to those who are affected. We will be responsive to these issues and will not ignore the effect they are having on our community."