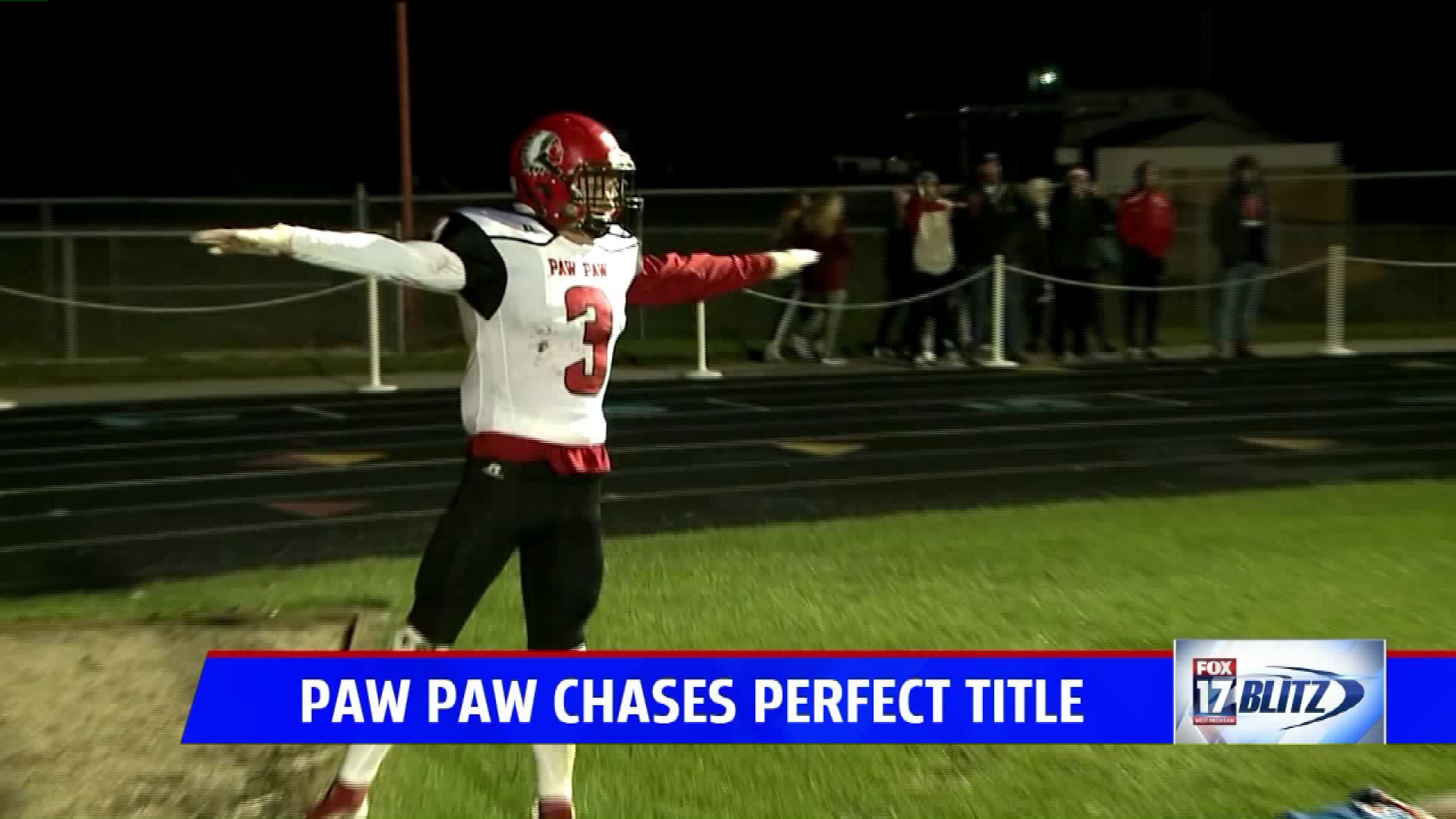 That depends on who you ask?

"The prefect season," Paw Paw senior quarterback Mason Popp said. "I think that was important to me and the team. We worked really hard for that and it is something that is special to us."

"If i had to pick i would go with the conference championship," Paw Paw junior Connor Hindenach said. "We haven't had that in awhile and it would be nice to see it bring back home to Paw Paw."

The good news for the Redskins is a win Friday against Edwardsburg (8-0) and they get both.

"We feel like this is the perfect script for us," 4th year head coach Matt Stephens said. "Being able to play the previous state champs going into the postseason, how do you ask for a better script? "What a great way to challenge yourself for the postseason."

The great start has not been a surprise for Paw Paw. It returned a lot on defense from and team that lost to the Eddies in last season's district final.  Plus the offense has come along nicely behind an ever improving front seven counting the tight ends.

When asked if the strength of the team was offense or defense, the answer was both.

"I think we have a good mix this year," Hindenach said. Last year it was kind of thought that we had a better defense but this year we have a better balanced team.

"Those two things coming together," Stephens said. "Last year we started playing with a lot of confidence and we have a lot of confidence right now. I don't feel like we really have one star on this team, i just think we got a bunch of guys that are pretty good football players that play well together."

Edwardsburg at Paw Paw is scheduled to start at 5:15 p.m. on Friday.