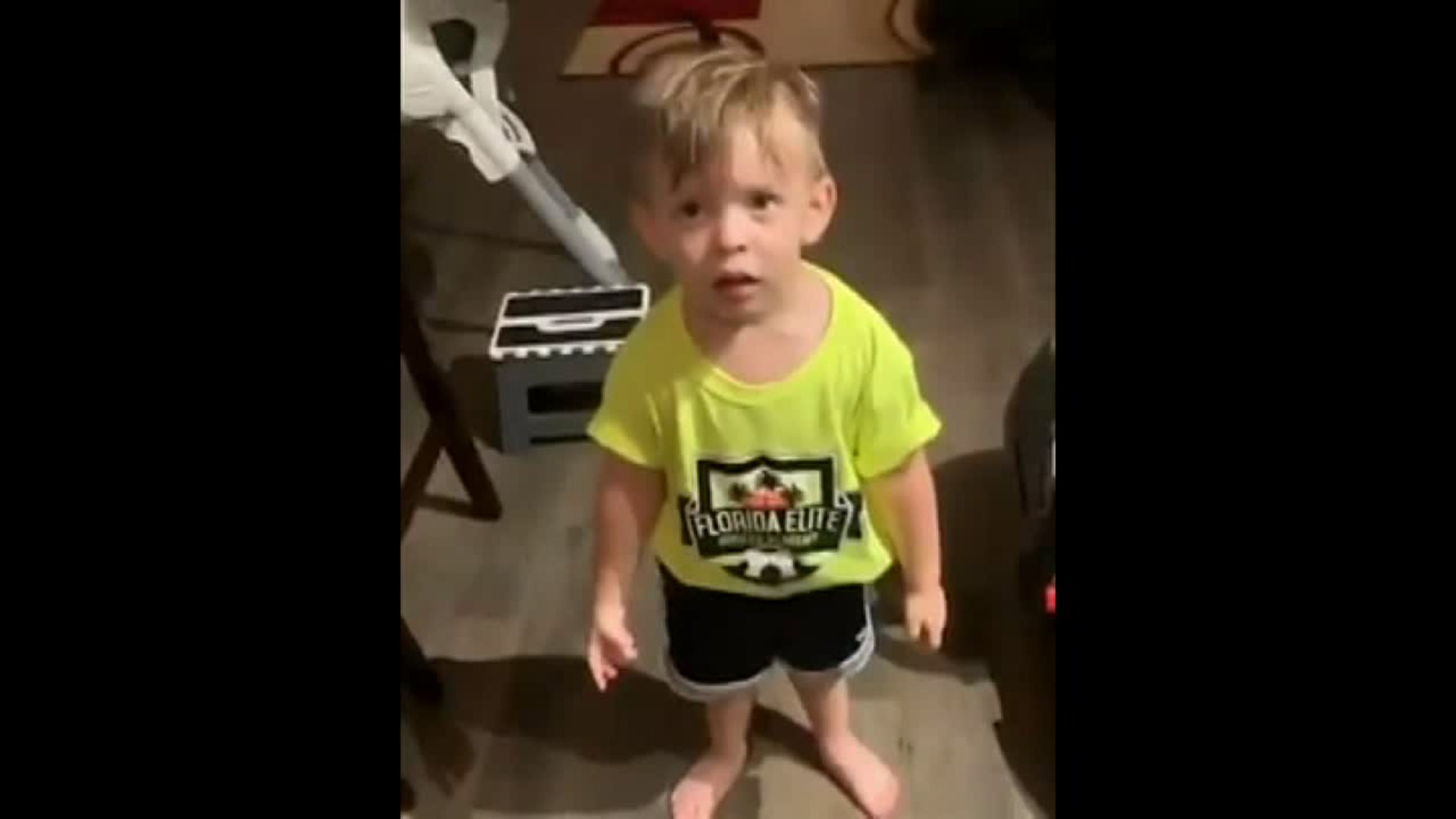 (FOX NEWS) An adorable two-year-old boy from Florida expressed displeasure towards his mother when she left for work without kissing him, his father, or his newborn sister goodbye.

The young boy threw up his hands in disbelief and vented his frustration after his mom left without kissing him. Alexander's father took out his cell phone and captured the entire rant on camera.

In a Facebook post, Alexander's mom said she was in a hurry to get to work after dropping Alexander home from soccer practice.