A quicker push into winter could help ease lakeshore erosion 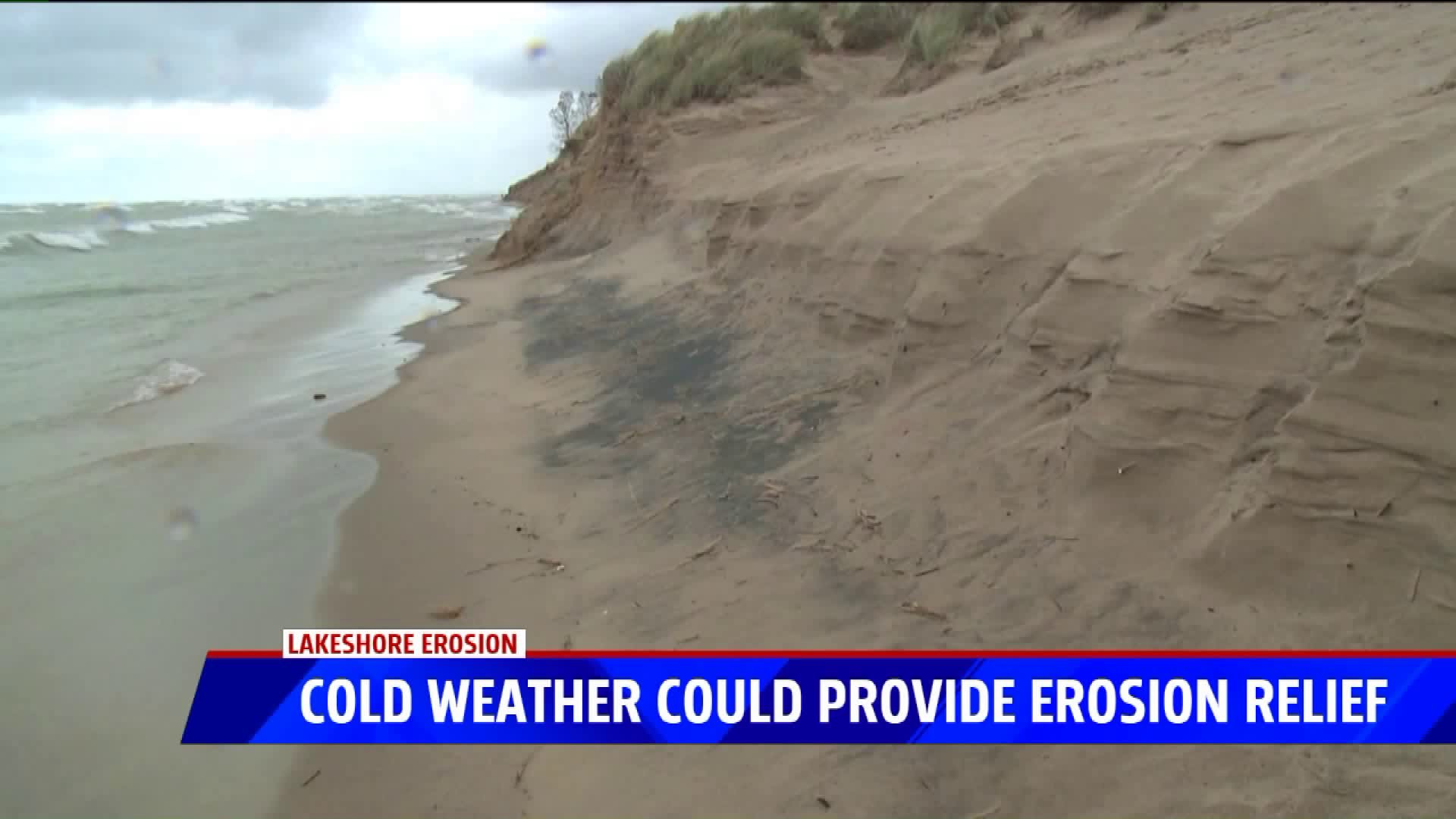 WEST MICHIGAN -- Lake Michigan is still near record levels, creating erosion problems along the lakeshore when the wind picks up.

The recent storms are said to have eroded ten to twenty feet of dune each time, and stronger storms could do even more damage.

The National Weather Service says that while conditions are bad, they aren't the worst West Michigan has seen. Back in October of 1986, the water sat even higher than it does today at 582.35 feet. The water level, as of September 2019, sits at 581.61 feet. Homes were said to have been falling down the bluff during that year.

While additional storms are in the forecast and will likely bring more erosion, a cold snap is also likely around Halloween.

If the cold stays put and continues to get worse for the rest of the year, Lake Michigan could cool quickly and start to build ice on the shore. We would also be north of the track of stronger storms if the cold is deep enough, keeping strong winds and erosion to a minimum.

“If we get shore fast ice, the big ice that we see in the wintertime along the shore, that is a buffer and provides protection to the bluff." says Bob Dukesherer of the National Weather Service. "If I was a homeowner, I would want that ice to help me out because then I wouldn’t be losing dune every storm."

The lake levels are precipitation related. If we continue to add higher than normal rain and snow, the lake will stay at or even above its current level.

The predictability of less erosion comes down to the forecast. The upcoming winter looks to feature above-normal rain and snow, which would keep the water high going into next spring. If the wet trend continues through the spring, problems could end up becoming worse than 1986.