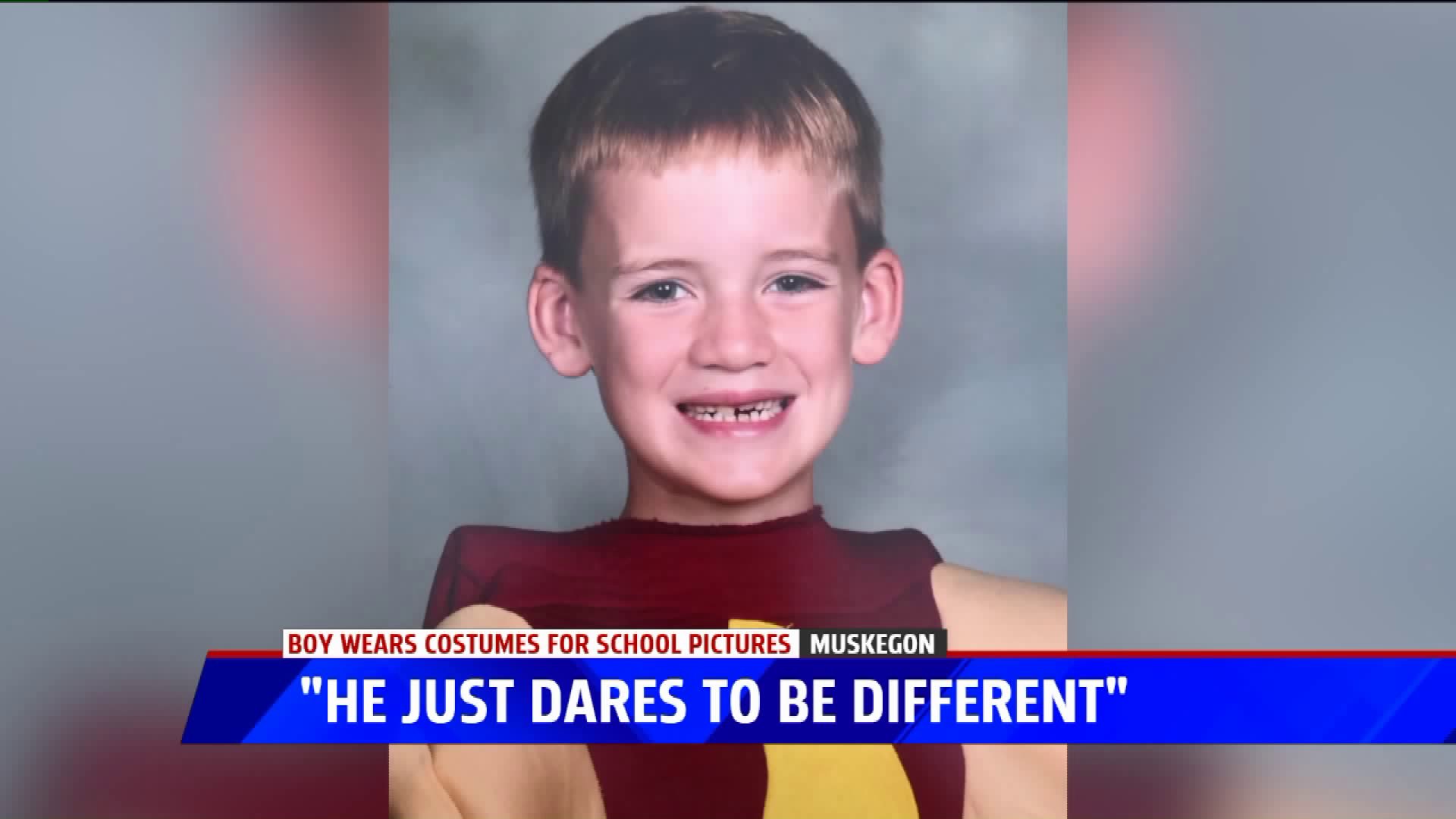 MUSKEGON, Mich. -- It’s a first grade school photo that will live on in Muskegon lore and it all started by accident.

"He wanted re-takes and I said 'Nope! You made that decision you’re not getting re-takes,'" Camden's Mom Lisa Beck said.

It happened two years ago.

"Camden was getting ready for school pictures and he came down in three dress shirts, they were not lined up at all. I said 'It's kind of hot today, you might want to put just one shirt on,'" Lisa explained.

"He instantly got upset with me," she added.

Instead of changing into actual clothes, Camden put on his hot dog costume.

"We already had been battling over it for probably 20 minutes, we were going to be late and I was like, 'Fine, just wear the hot dog,' I don’t care, he’ll change his mind when he gets to school. It will be fine," Lisa explained.

This year for his 9th birthday, Cam got an avocado costume and on school picture day, guess what he did?

Cam's third-grade photos are him dressed like an avocado.

"I really like dressing up and being something else and so that kind of made me start liking costumes a lot," Camden said.

"He just dares to be different and he stands out and he doesn’t care what anybody thinks of him. He’s got such a big heart that everybody accepts him for who he is and he’s always been able to do that and I just love it," Lisa added.

As for what’s next, Camden plans on keeping the tradition going next year by taking his school picture in costume, as a bottle of ketchup or a doughnut.