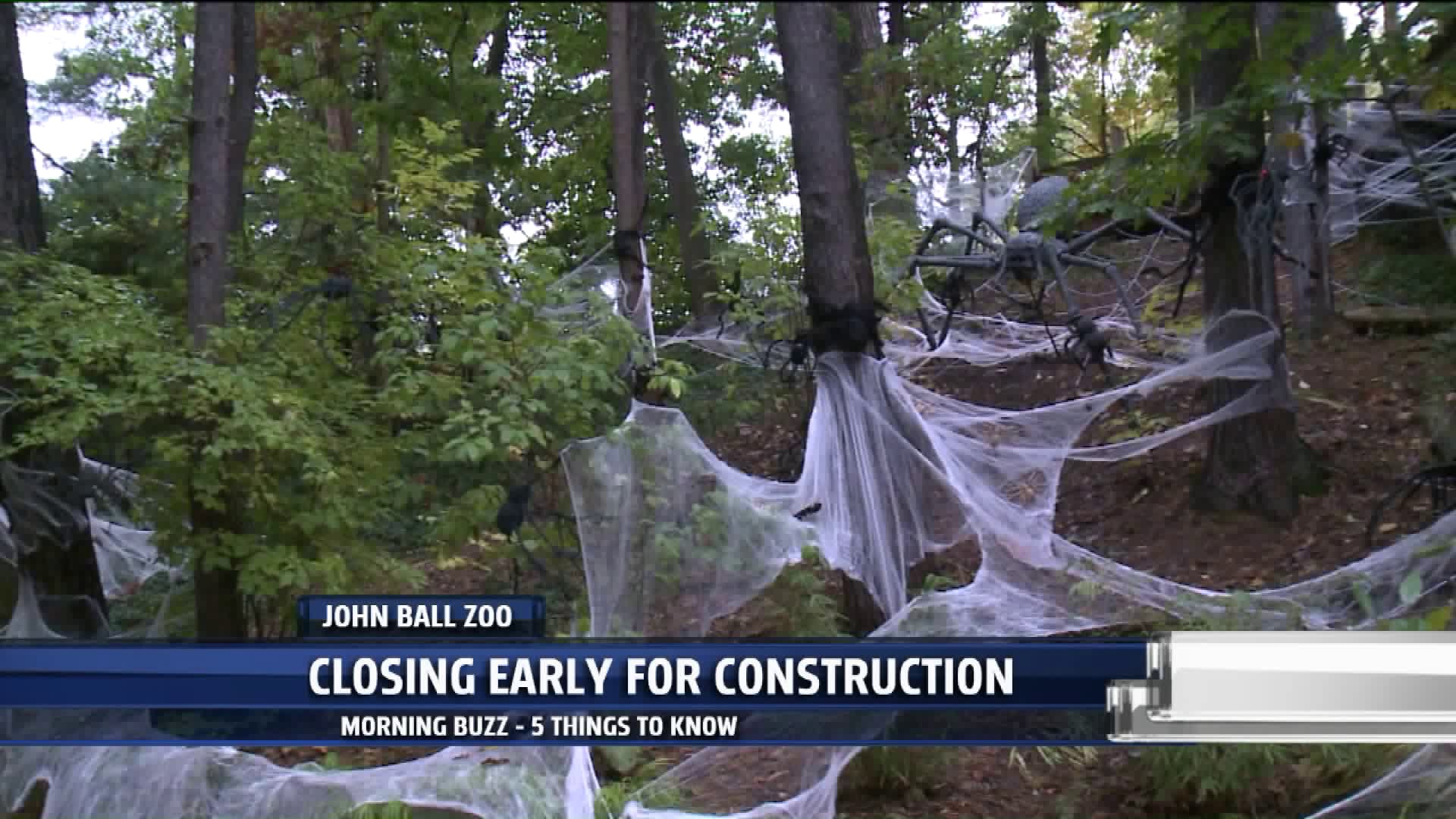 She announced this week her administration is trying to change the rules of the salary threshold for employers to pay overtime to their workers. However, Whitmer didn't say what the threshold would be.

The plan could take up to a year to finalize.

2. John Ball Zoo is closing down earlier than normal for the season.

They're closing early due to getting starting on new construction projects. The last day of the season will be Sunday, November 3.

The zoo will e adding a new wheelchair accessible entryway, new restrooms and concessions for the 2020 season, plus they plan to lay down the groundwork to bring in new animals.

John Ball Zoo is open from 10 a.m. to 4 p.m. daily until that last day. This weekend is the final weekend of Zoo Goes Boo, so be sure to check it out.

3. A Muskegon kid celebrated Halloween a little early, and it can be seen in his school photos this year.

In first grade, Camden Beck dressed like a hot dog, which was the beginning of a pretty great tradition. This hot dog-esque portrait was the result of a hilariously stubborn child and a busy mother who needed to get him to school.

This year for Cam's 9th birthday, he got an avocado costume, and school picture day was coming up, so you can guess what he did.

Another time, he dressed up as an avocado.

4. Tulip Time just announced its entertainment lineup for next year's festival, and they've got a big name coming to the Holland spotlight.

Headling the festival will be seven-time Grammy winner, and legendary empress of soul, Gladys Knight. In her 50-year career, she's enjoyed multiple number one hits in pop, gospel, R&B, and adult contemporary music. She'll be hitting the stage on May 8.

Tickets for all these shows go on sale on November 7.

5. Good news for Popeyes fans, the coveted chicken sandwich is making a comeback. Reports say the fast-food chain is bringing back its popular sandwich.

The new menu item sent the country into a frenzy back in August, selling out just two weeks after its debut.

Customers stood in line for hours just to get a taste of the sandwich. Now the company is finally responding to an overwhelming demand for a relaunch, even hiring an additional 400 employees to battle the crowds.

About 150 locations will offer the sandwich starting in early November.