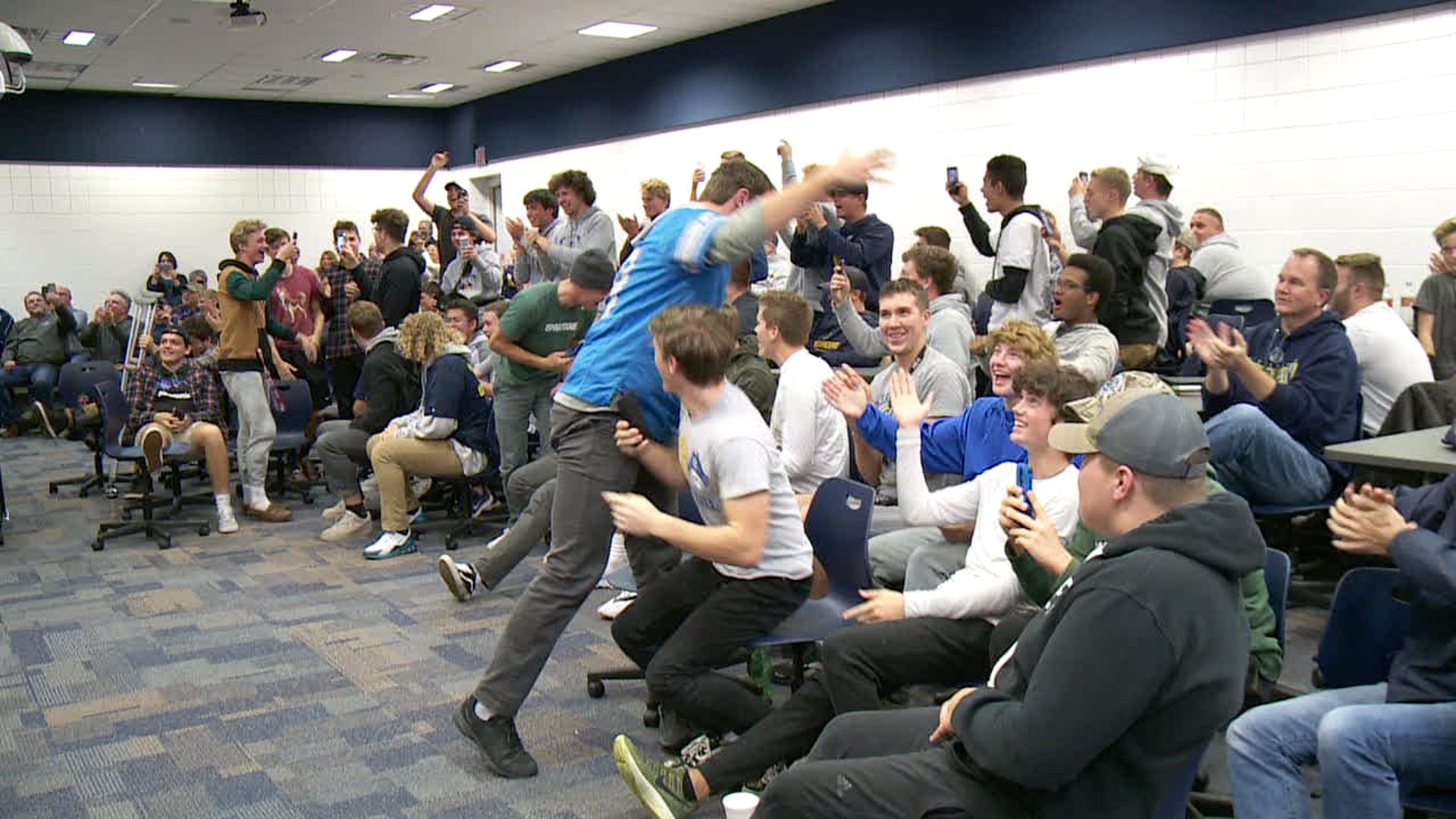 GRAND HAVEN, Mich. -- After eight long years, the Grand Haven football team is headed back to the playoffs, but the hour long selection show wasn't easy on the players and coaches.

"We weren't sure the order of things," laughed head coach Joe Nelson, "but, of course, we were last, getting everyone here and antsy."

"I was a little nervous going into it, but when they began with 8-man, it got even worse," senior Owen Krizan added.

Finally, at the end of the show, the announcement came. Grand Haven draws OK Red foe Grandville and, more important, is headed to the playoffs for the first time since 2011.

"I've been waiting years for this, since my freshman year. I know we all have," Krizan continued. "It feels great to finally have it happen. I don't know if there's a better feeling than this."

The moment was especially sweet for head coach Joe Nelson, who is a 1989 graduate of Grand Haven High School and has been an assistant in the program for 17 years. Now, he's leading the Bucs to the postseason.

"It's huge. There's investment here," Nelson said. "I've been here my whole life, Being an alumni here and coaching here for so long, it's just a reward here to have a payback that we get to keep playing."

Just four weeks ago, Grand Haven was 1-4 on the season but notched two big OK Red wins, over East Kentwood and Caledonia, to bounce back. Now the Bucs are riding a four-game winning streak going into the playoffs.

"Back at East Kentwood, we talked about how this is our playoff game already. If we lose, we're done. We have no chance. So we had to win out. Four in a row was huge," Nelson said on the winning streak.

The Bulldogs and Bucs renew a matchup that resulted in a 27-7 Grandville win in Week 4, but this is a more confident Grand Haven team coming in to Week 10.

"It's interesting, because we both know each other," senior Connor Worthington said. "We kind of both have cues on what's going to happen."

Drawing a familiar foe in the playoffs isn't always as exciting as a new challenge, but Coach Nelson understands the task at hand.