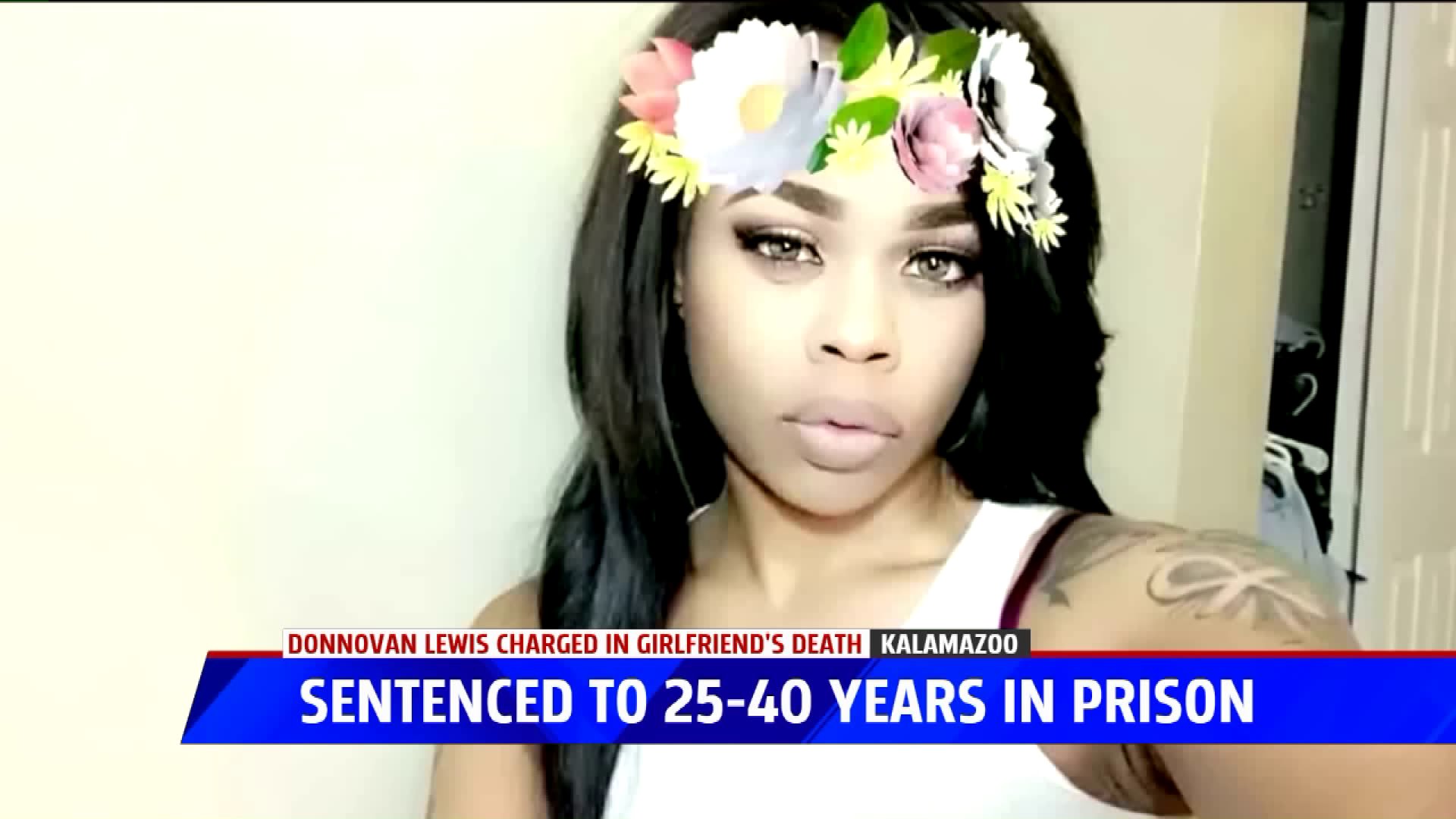 KALAMAZOO, Mich. — Linnae Rankin stood at the podium in the courtroom, looked at Donnovan Lewis and delivered her victim-impact statement in less than a minute.

“My sister couldn’t even come here to look at you,” she said during Lewis’ sentencing. “You took something dear from us. You did. And, you can’t get it back.”

According to Kalamazoo police and court documents, Aniya Mack was first reported missing in late June 2018. Soon after, Lewis confessed to police that he assaulted and murdered Mack, a Western Michigan University student, and then dumped her body in a creek in Comstock Township. He then entered into a guilty plea and was charged with second-degree murder.

“Your honor she was a smiling playful person. She’d never given a thought to do such a grievous crime to anyone such as this,” stated Mack’s mother in a letter that assistant prosecutor Michael Reisterer read aloud. “I am taking medication for my anxieties and depression. I can’t come to court because I don’t want to relive her murder.”

Before trial began,  Lewis escaped from Kalamazoo County jail in September 2018. Deputies and police searched for him for 33 minutes. He was arrested, returned and a judge later ruled that his actions were considered evidence in his trial.

Monday, Lewis said that he was “beyond sorry” and that he prays for the family all the time.

Lewis was quickly sentenced to 25-40 years in prison. The family said they were “OK” with his sentencing even though they miss Aniya daily.

“I haven’t forgiven him,” said Rankin during an interview after the sentencing. “My sister [has]. I haven’t. And in time I’m sure I will but not now. I’m not ready.”