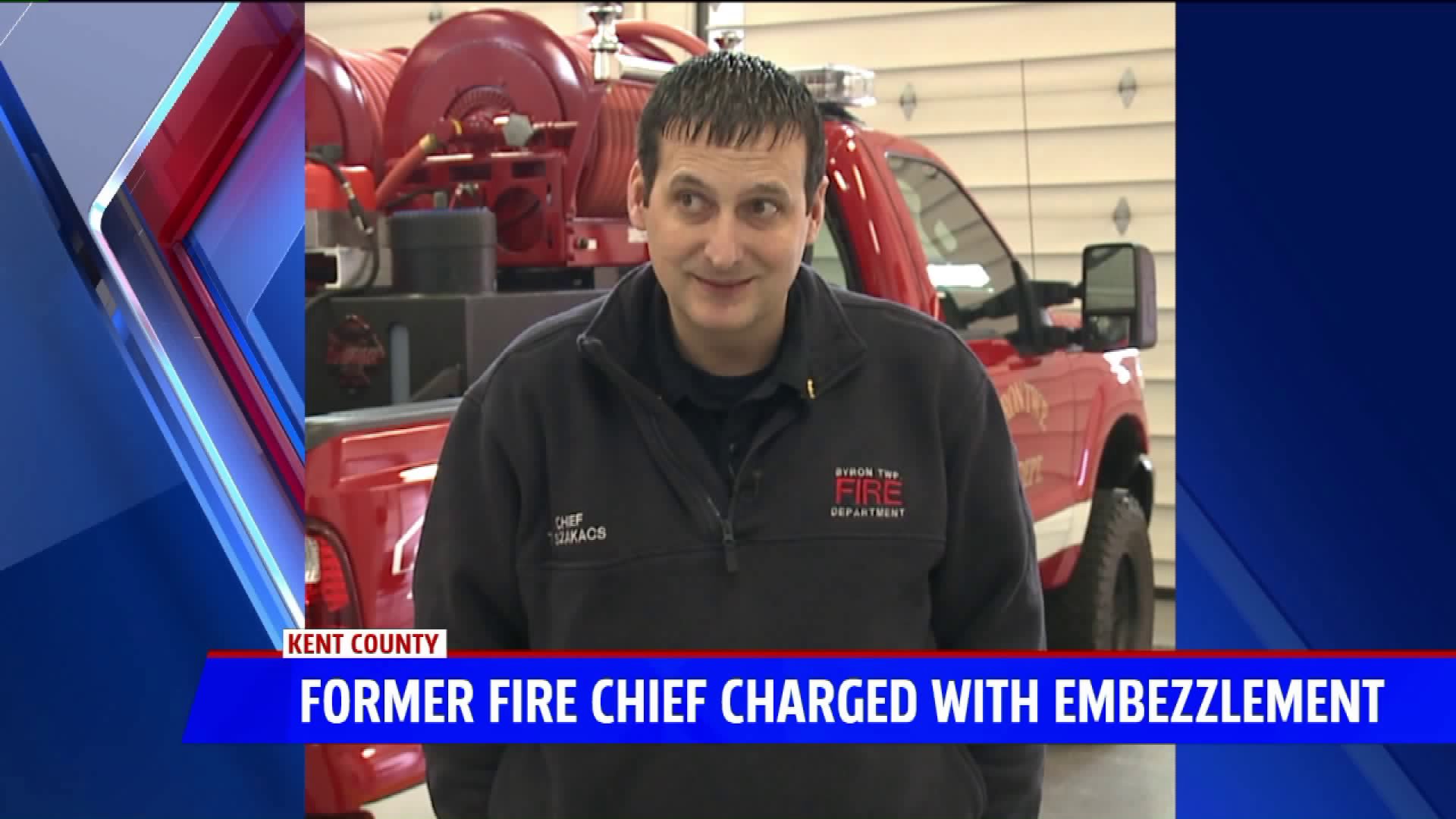 GRAND RAPIDS, Mich. — A former administrator at the Cutlerville Fire Department is facing charges for allegedly embezzling from the department.

Authorities say the embezzlement happened during a renovation project at the department that started in 2016. Todd Szakacs, who was the fire administrator until December 2018, was involved with purchasing supplies related to the project.

In 2016, officials for Gaines and Byron townships conducted an audit and learned that several items purchased for the renovation were missing and went to authorities.

An investigation led to the search of Szakacs’ home, where authorities say they found several of the missing items including a laptop, grill, generator, coffee maker and grilling accessories.

Scott E. Dwyer, an attorney for the townships, said in a statement:

"The Cutlerville and Byron Township Fire Departments will continue to work with the Kent County Sheriff Department and will closely monitor the matter as it proceeds through the legal system.

On Monday, he was arraigned on charges of embezzlement by a public official and using a computer to commit a crime. His next court date is scheduled for Nov. 12.