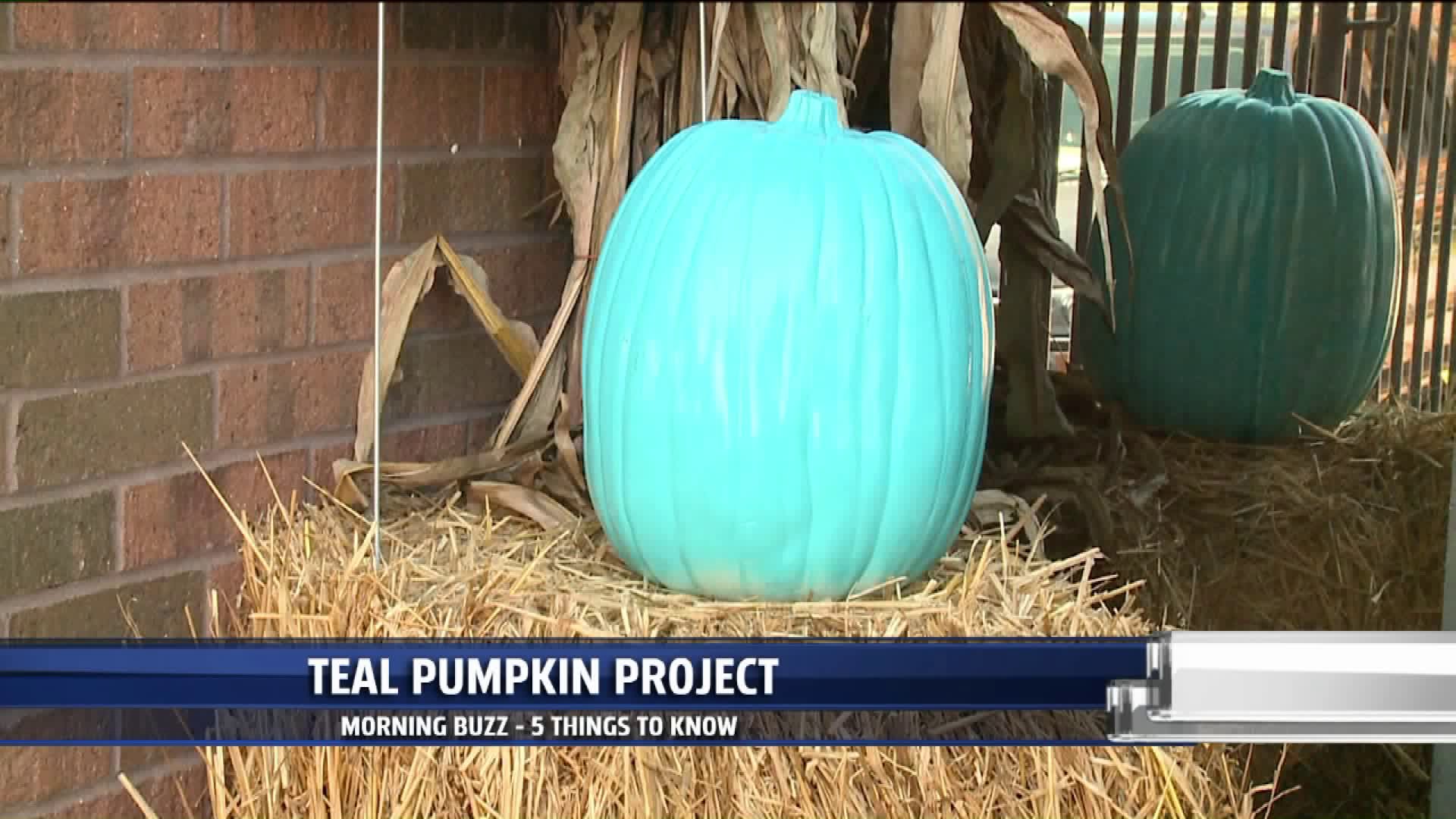 1. Dates are being announced for a highly anticipated show coming to West Michigan. Broadway Grand Rapids says performances of "Hamilton" will run from January 21 until February 9 of next year.

Single tickets will go on sale to the public beginning Thursday, November 7 at 8 a.m. in person at the DeVos Place Box office, and then at 10 a.m. at Ticketmaster.com

There is a limit of eight tickets per household. Prices will start at $69.

2. Catholic Charities of West Michigan announced they'll break ground on a new $4.5 million facility in Muskegon by the end of the year.

Construction on the new buildings is expected to be completed in late 2020.

3. Teal pumpkins are being spotted all over Grand Rapids, and they're serving a very important purpose.

Not every child gets to go trick-or-treating due to food allergies, but teal pumpkins are displayed on porches means the homeowner will be handing out non-food treats in addition to candy.

Also, Grand Rapids Allergy is hosting an open house today to educate the community on the Teal Pumpkin Project, and encourage more people to take part.

The pumpkin-shaped pizza uses pepperoni slices to create a smiley Jack-O-Lantern face. The outside is lined with even more pepperoni and uses two black olives to resemble spooky eyes.

The special edition pie is priced at $11 and can feed about three to four people.

The Halloween-themed pizza is only available through Thursday.

5. If you're already searching for Elf on a Shelf, you may want to check out Walmart's shelves. The retailer will soon be selling an Elf on the Shelf cereal.

It's inspired by the popular children's book that comes with a pixie doll who reports back to Santa Claus on whether kids are being naughty or nice.

Since the book launched in 2005, millions of parents have adopted the Christmas tradition of hiding the elf somewhere in their house to encourage good behavior.

The holiday cereal features red and green sugar cookies pieces with bits of marshmallow sprinkled throughout.

It will be available in stores nationwide in early November for about $3 a box.