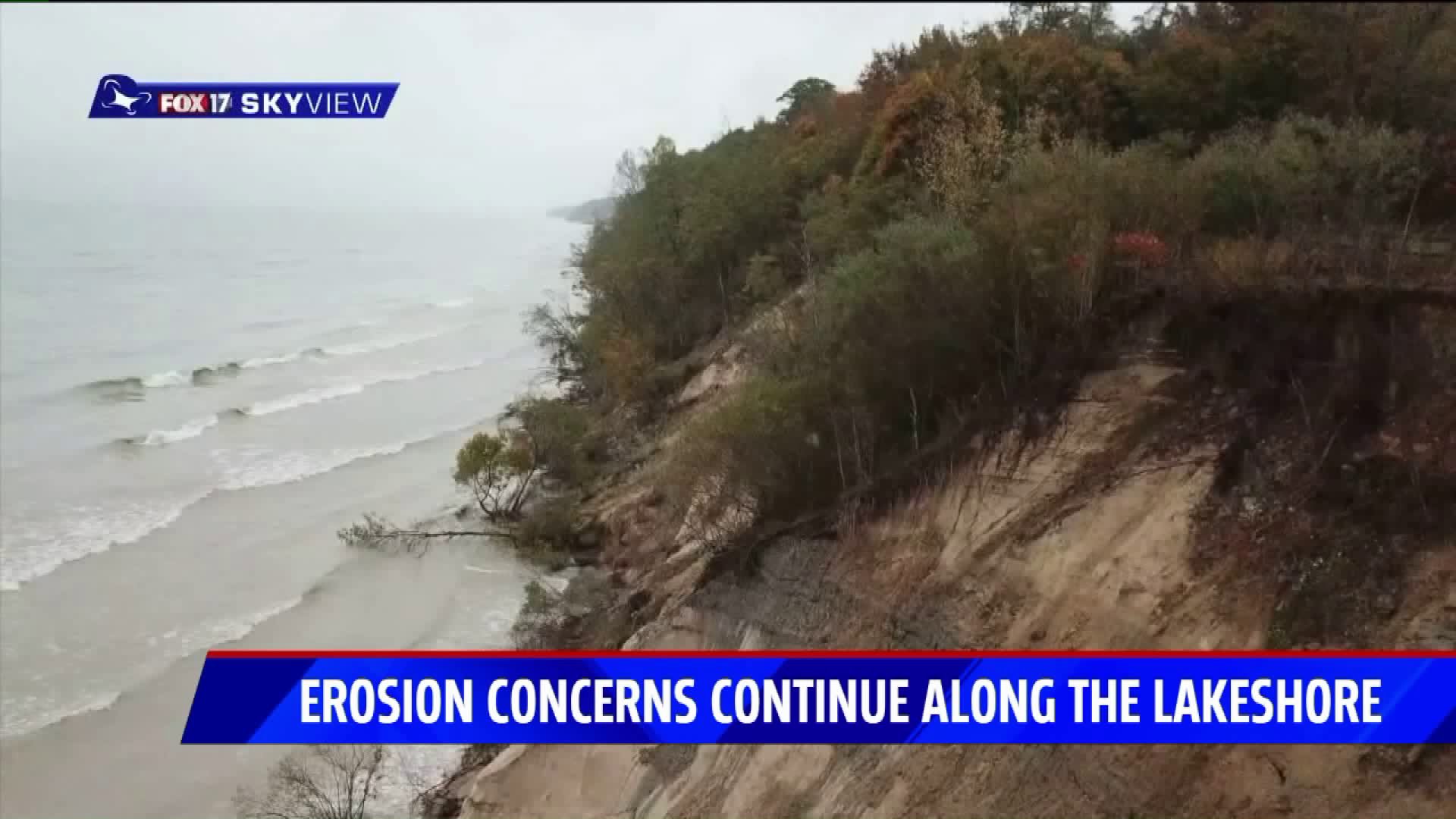 SOUTH HAVEN, Mich. — Sandy Haga said the erosion along the lakeshore is devastating.

Monday her friend captured video on his cell phone of a few trees falling off of a bluff at Casco County Township Park and crashing into Lake Michigan several feet below.

“What I have heard is that probably at least anywhere from 10-20 feet has slid down the hill,” Haga said during an interview with FOX 17. “And it’s still going.”

Haga said she’s lived in the area for close to 30 years and has never seen the shoreline so bad. The winding steps that lead down to the lake at the park have been closed because of the erosion.

“The stairs are out and it’s the second time that they have rebuilt the stairs,” she said. “Now with the erosion, the erosion comes right up to the main corner of the deck here. And it's getting awful everywhere.”

Haga showed FOX 17 all the erosion along residents home near South Beach. She said lately the water has been coming up over the piers, beaches and streets and reaching people’s yards and homes.

Haga fears what could happen with more rain coming this week, she said.

Recently, Haga snapped dozens of pictures of the erosion and posted them on Facebook. Over 4,000 people viewed them. However she hopes to get a group together soon to tackle the erosion now before it gets worse, she said.

“I think something needs to be done,” she said. “There’s groins. There’s jetties. There’s all kinds of different things that can be built at a cost.”