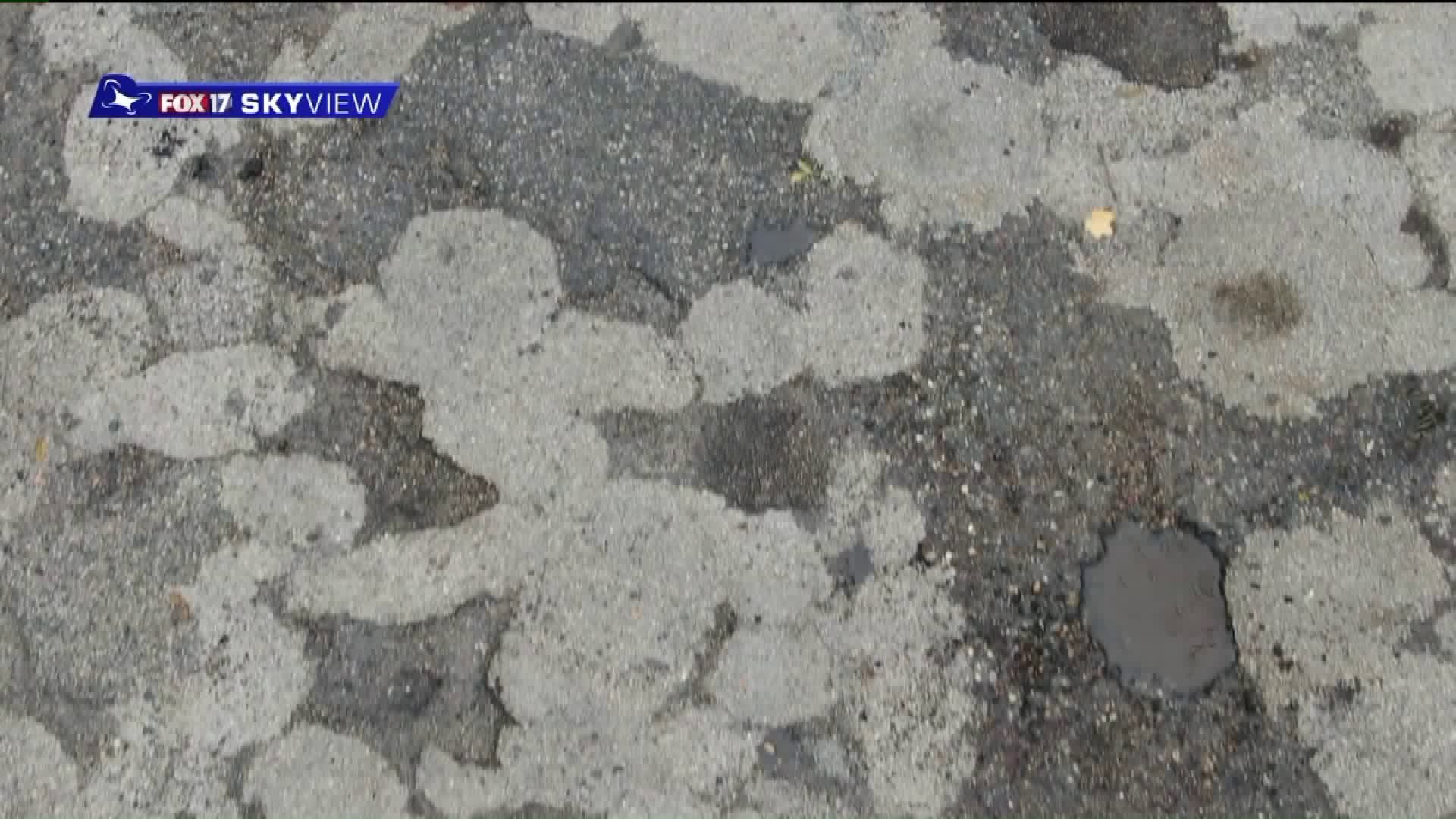 LOWELL, Mich. — On Tuesday, voters in Lowell will decide whether or not to raise their own taxes in order to fix roads that according to City Manager Mike Burns, "are in bad shape."

The ballot proposal would allow the city to collect 1% of adjusted gross income tax from residents and businesses and .5% from non-residents. The tax would be implemented for 15 years.

Burns said 91 % of Lowell's roads are considered "fair or poor" under the Pavement Surface Evaluation and Rating scale.

“We realize to get our streets in 10 years back to 85% good, we need to put $1 million a year in streets," Burns said. “The budget we have right now, we can’t continue to provide services at the level we have and fix streets to the extent they need to be fixed.”

If the tax increase passes, it would raise about $1.2 million in the first year. Burns said the revenue is projected to increase about 4% annually.

“It is a tax increase, but it is a lot less than what it would be if it was, if we went for a street millage," Burns said.

Burns said for the past three years, the city has been working on storm water management, which has kept crews from making road repairs.

City officials considered other options for paying for the road repairs, including eliminating the Lowell Police Department and relying on Michigan State Police and rural sheriff patrol.

“People think that we can cut and we really can’t," Burns said. "I mean if we cut, services are gonna get diminished and that’s not what we want to do."

Burns said these alternative ideas would be "short-term fixes that could have long-term consequences."

Voters can view their sample ballots on the Michigan Secretary of State's website.