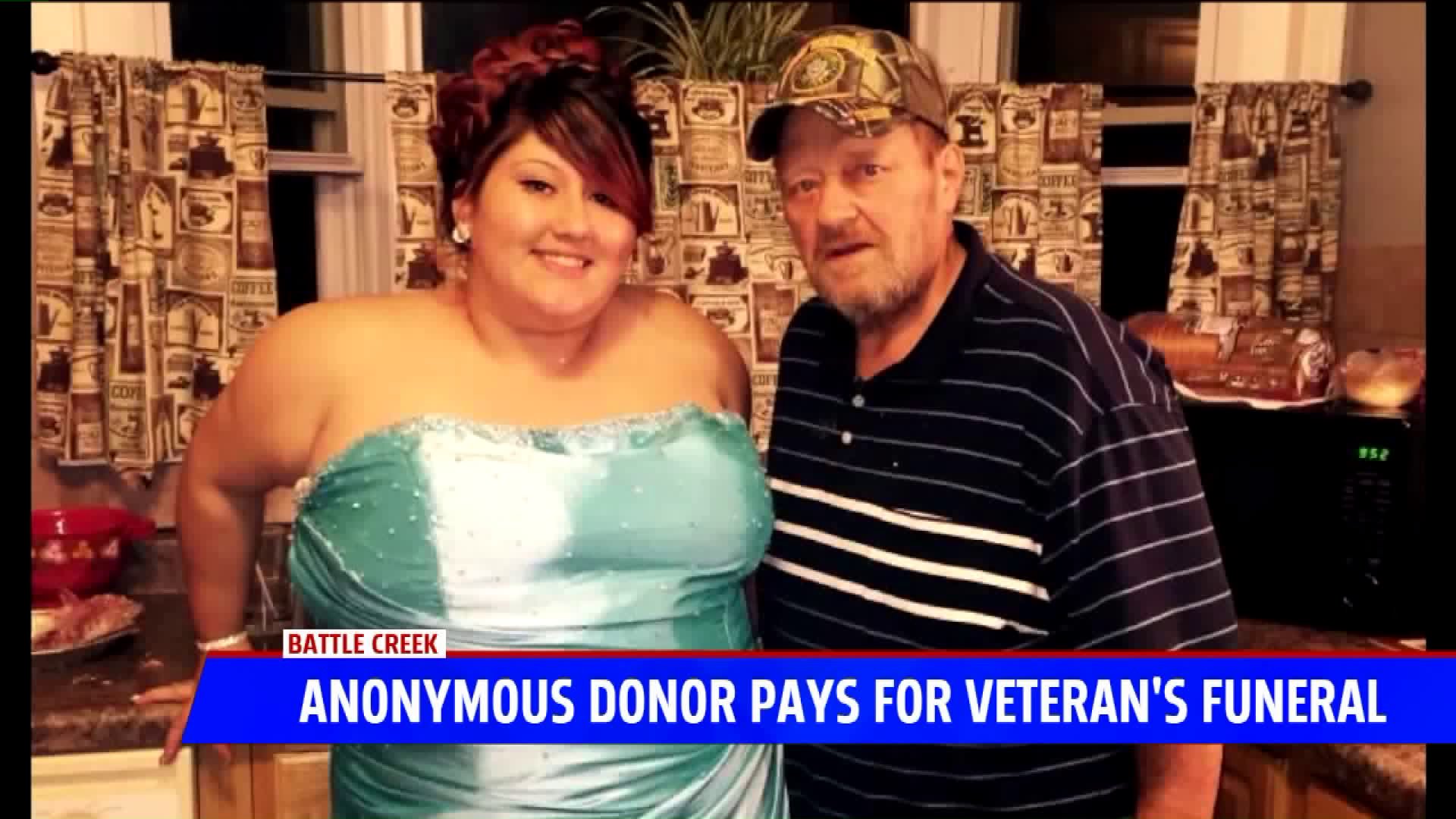 BATTLE CREEK, Mich. — When Ciera Woodard was creating a picture board in honor of her late grandfather, she cried a few times she said.

She considered her grandfather Gary to be her best friend.

“I broke down at first,” Woodard recalled. “But then something just came over my body and just made me calm and I stopped crying. Just looking at these pictures it’s amazing to see my grandpa so full of life.”

She said Gary was the type of person who made people laugh and made sure that everyone was OK. She remembered him giving away his last few dollars to people who asked him outside a nearby Walmart.

“He loved to be active,” Woodard said during an interview with FOX 17. “He loved to fish, hunt, all that. He was just a really amazing guy. And, I’m glad he was my grandpa.”

Her grandfather, an Army veteran who fought in the Vietnam War, died unexpectedly on October 18 from congestive heart failure, she said. The family has been grieving ever since and worried about how they were going to pay for his funeral costs.

“We started the GoFundMe because my grandma, I mean, she couldn’t afford it,” Woodard said. “The funeral is just, the cost is so overwhelming. It costs so much to bury a loved one.”

Woodard posted the GoFundMe all over social media, hoping to raise $1700, the cost of the funeral, by their October 28 deadline. However only a few hundred dollars had been raised by that time.

“At first I was losing hope,” she said. “I was praying like what can I do. Like I'm ready to do anything to make some money real fast.”

Then her grandmother called her on Monday, October 28, with news that changed everything she said.

“The funeral home called my grandma and was like ‘I have great news Louise. An anonymous donor paid for the funeral,’” Woodard remembered. “And my grandma just called me and broke down.”

Woodard did too, she said.

She cried because of the person’s generosity. It's allowed her family to bury Gary at Fort Custer among other veterans.

Woodard called it a “miracle.”

“If my grandpa was still here, he would just thank you,” Woodard said with tears in her eyes. “He would do anything for anybody and I believe that’s good karma. And whoever did that you are a blessing and I really appreciate it.”