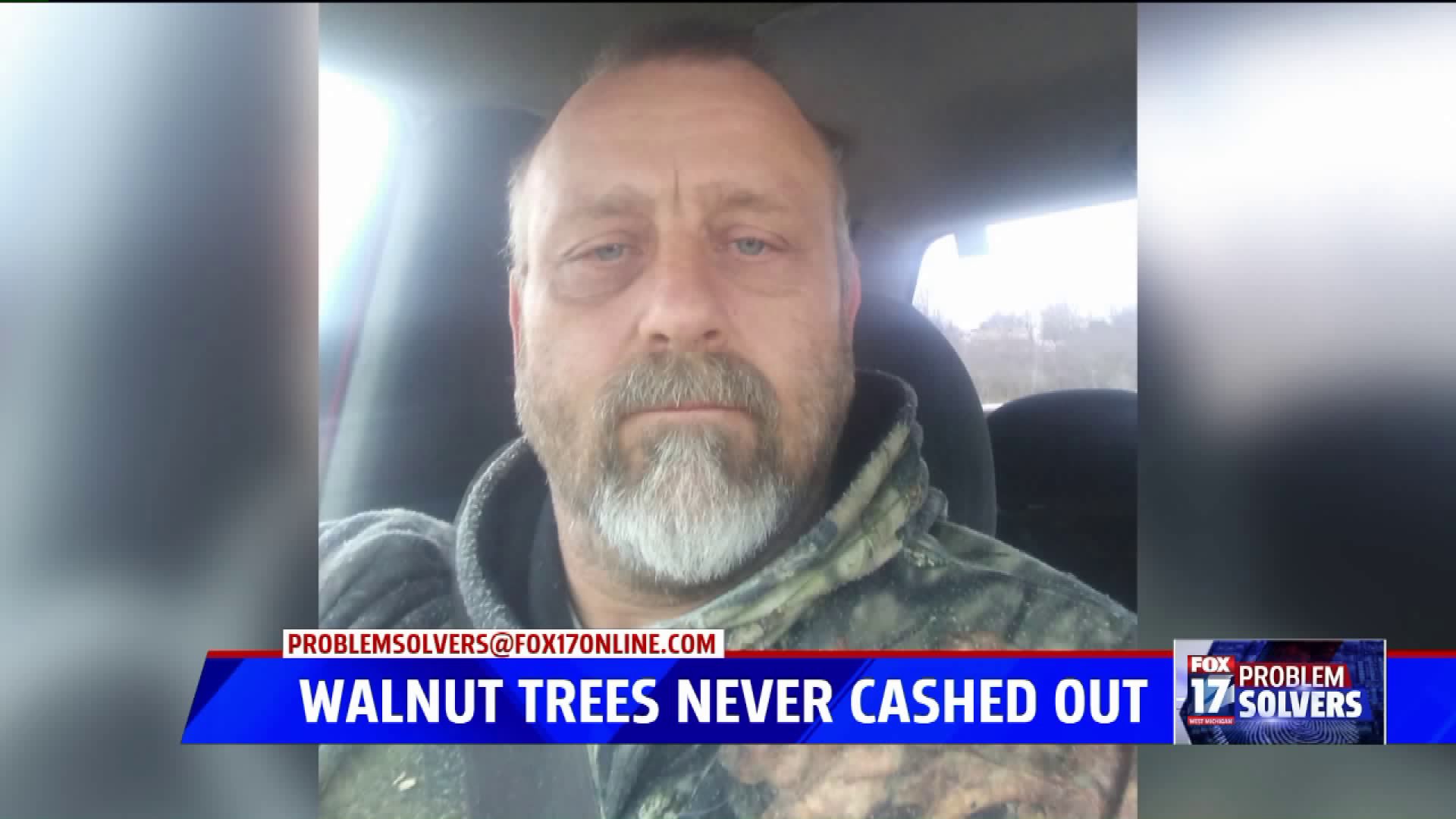 HASTINGS, Mich. — Walnut trees can earn you some cash. Jeff Conklin had some on his property and said he was approached by tree logger Kevin Hughes who was interested in cutting them down and splitting the profit. In January, he says the two signed a contract that he’s since regretted.

“He approached me and said he could get us a really good price… a minimum of $10,000 for some trees that he’d like to take off the farm. We signed the contract. In about March, he came out, cut the trees, took the trees in his possession, and we haven’t really seen or hear of him since,” Conklin recalled.

But since then, he says he hasn’t seen a dime.

“He always comes up with an excuse why he can’t pay me,” Conklin said.

Conklin says his family farm income has taken a hit because instead of taking an annual loan for materials this year, the Conklins counted on the tree money which never came.

So Conklin contacted the FOX 17 Problem Solvers. We called Hughes and reminded him it's been seven months.

When asked what the delay for payment was, Hughes replied, "Because I ran into problems of, ya know, the weather, for one. And I just haven't had the jobs to make the money."

When asked where the money from selling Conklin's trees went, Hughes said, "I had another guy working with me and money was split with him and me."

"And I should have never have done that because it just blew up in my face," Hughes explained.

However, Hughes promised he’s working to get things back on track and offered to deliver a $3,000 to Conklin which is a fourth of what he’s owed.

"On Tuesday, I'm supposed to get a nice check where I can go meet Jeff and give him money," Hughes said.

The Tuesday Hughes was referring to was yesterday. Conklin said nothing happened Tuesday. However, Conklin says Hughes delivered a $1,000 check Wednesday afternoon.