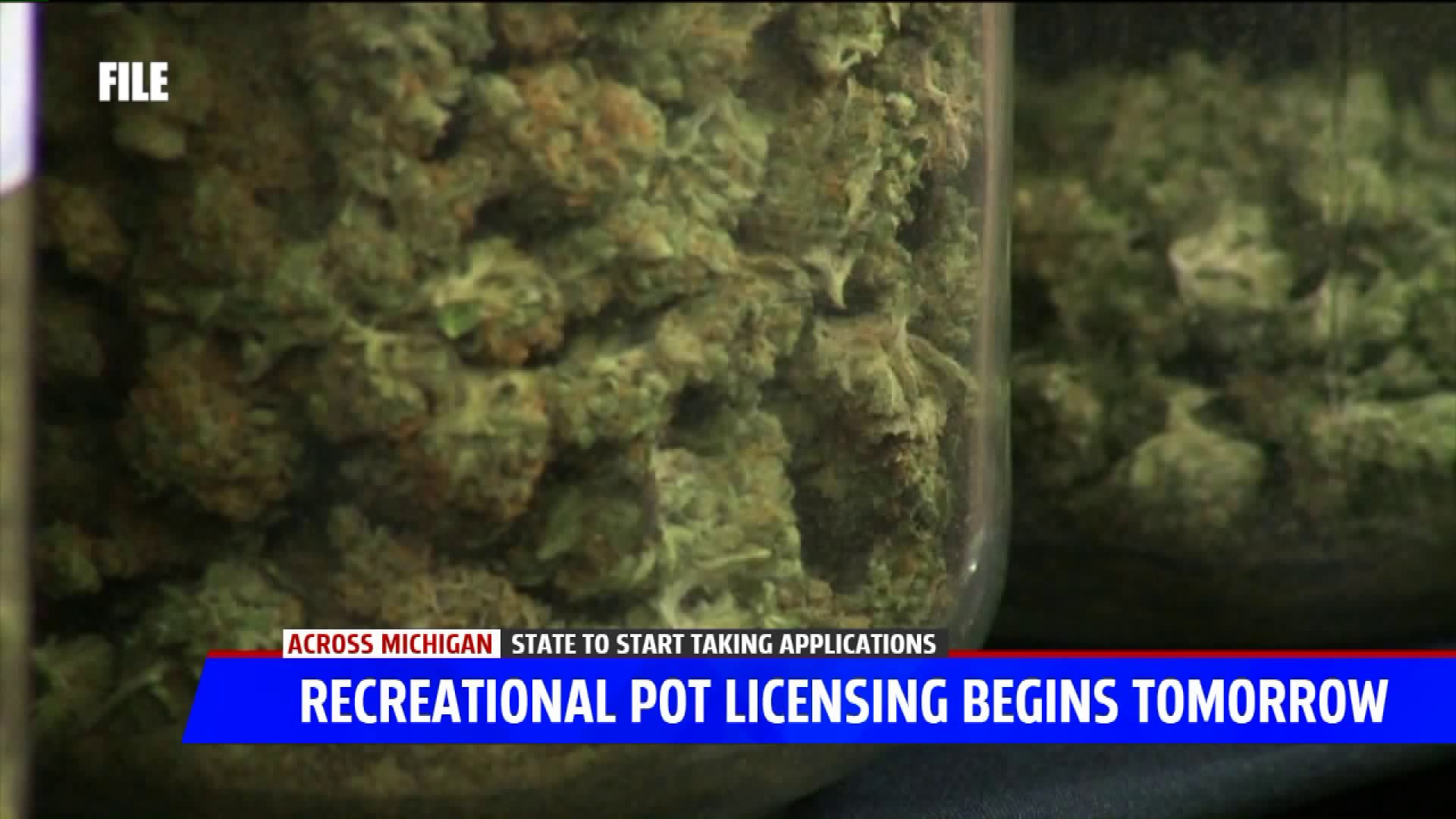 LANSING, Mich. — Almost a year after voters approved legalization, the state will begin accepting applications for those trying to get into the recreational marijuana business.

We’re still a couple months from seeing marijuana on store shelves, but those looking to get into business will begin that process Friday.

"We expect there to be a pretty quick turnaround, we know there’s a great deal of interest, we have a lot of those businesses that have learned a lot operating in the medical space that are ready to get up and running," Marijuana Regulatory Agency Executive Director Andrew Brisbo said.

Prospective business owners will be able to apply for state licensing to commercially grow, process, transport and/or sell marijuana.

Part of a process that must be completed in 90 days.

"That includes a fairly thorough background investigation of anyone who owns 10 or more percent or exercises managerial control of the business plus looking at a fully built out and ready to operate physical site," Brisbo explained.

"I think the marijuana industry is here, what we are trying to do is carve out a regulated model, where we can ensure the products that reach consumers are safe, free of any sort of contaminates that may be potentially dangerous," Brisbo added.

That’s the goal for the state, which also hopes to help small businesses thrive.

After that, schools, roads and the cities and counties who allow pot businesses, will each get a cut of the revenue.

It's not all green though, there are some challenges future business owners should expect.

"It does take a while for the market to flourish and for the supply to meet the demand. Interested entrepreneurs really need to study the market and make sure they have a business plan that is going to ensure their success," Brisbo added.