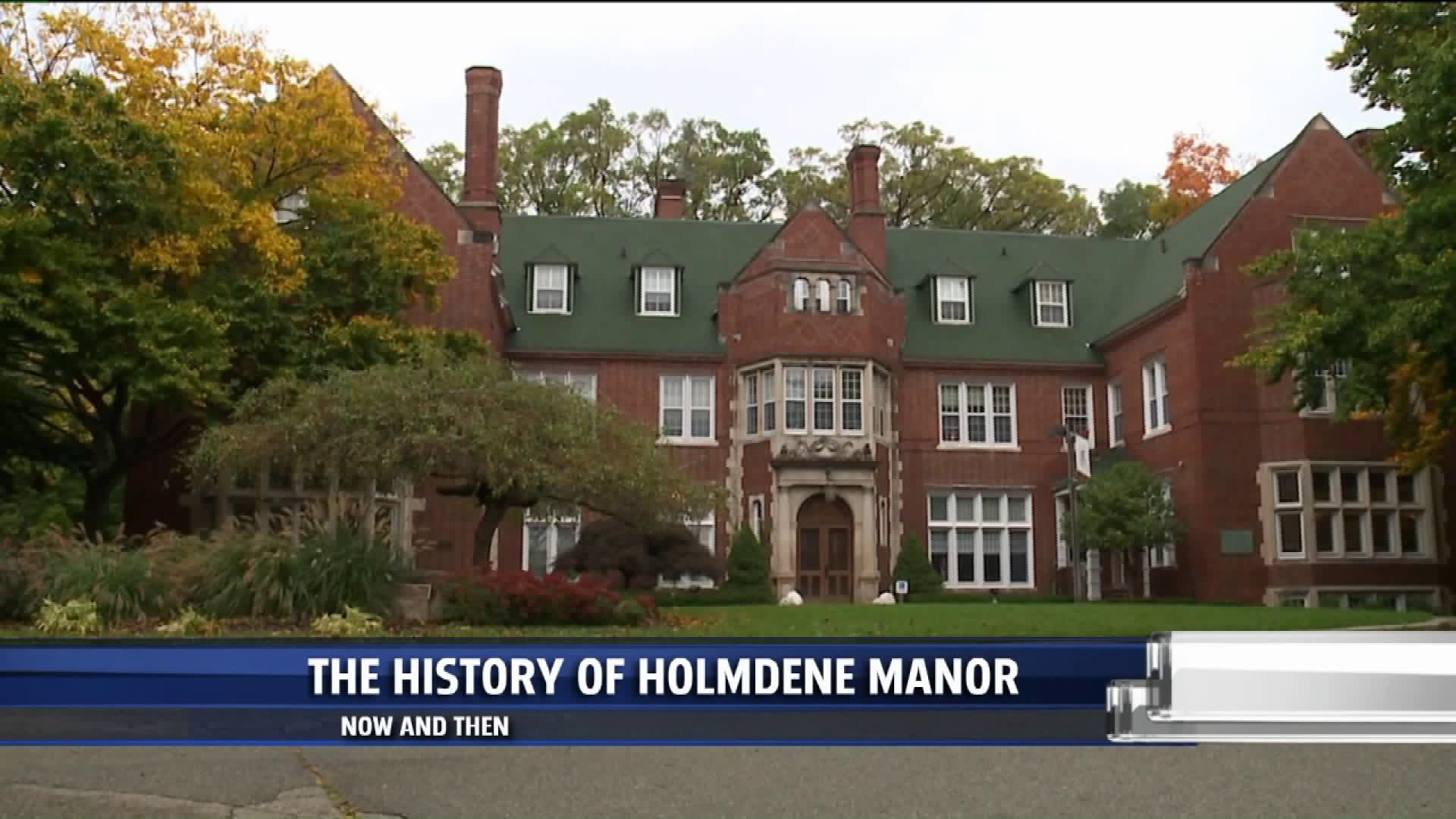 There's a beautiful English Tudor Mansion sitting on Aquinas College's campus called Holmdene Hall that is rumored to be haunted. They say the historic building houses creatures that go bump in the night, elevators that move themselves, and lights that flicker.

What Holmdene Hall is and has been is a building that has been used as a place for prayer,  for politicians, and a perfect place for pictures. It has a long and storied history which, of course, leads to tales of hauntings.  Spoiler alert: It's not haunted.

Back in the late 1800's the property started as a dairy farm, until the Holmdene estate was purchased by Edward Lowe just after the turn of the 20th century, The mansion's construction began in 1906.

The Lowe's lived in Heritage Hill and wanted to build an estate in the country. They purchased the 60 acres of land, and decided to build a small English manor right outside of Grand Rapids.

The home may have been a smaller version of an English Tudor Mansion, but that doesn't mean it was small by any means. There are 22 rooms in the building and 17 functioning fireplaces. The main hall contains the great hall, along with a parlor out front, a conservatory, a formal dining room, a breakfast room that overlooks the ravine, and many more features.

After Edward and Susan Lowe both passed away, the property was put up for sale. The University of Grand Rapids, which later became Davenport University, purchased it in 1939. However due to World War II and declining enrollment due to the draft, the university closed.

It was then that the Dominican Sisters purchased the property and it became the new home for Aquinas College. From 1955 to 1982 the sisters who taught on the faculty of Aquinas College lived in the mansion.

Fun fact: Mr. Lowe collected trees and brought species from all over North America to the property before it became part of Aquinas College. Back in the 50's one of the sisters who was instructing botany put together a tree map to identify the plants. Students and the rest of the public can travel to the campus and see species that aren't found anywhere else in Michigan.

Many notable people are connected to the building, including former presidents of the United States.

In 1911 Teddy Roosevelt was coming to speak with local Republican party of Kent County and Mr. Lowe was very involved in the organization. Teddy spoke downtown to an audience of about 3,000 people, then spent the night at Holmdene Manor. The room has since been redone into a conference room, but the fireplace and the sconces are original equipment from that time.

Another president connected to the manor is Gerald R Ford. It was after his time served as president. In the 1940's the building was used for campus housing for Grand Rapids University, where Gerry Ford coached football. So somewhere on campus he was coaching football after his time at University of Michigan.

The building was then redone as an office and administrative building and still is to this day. The most historical part of the building is the main entrance, the foyer, and the dining room. The college does their best to maintain the building, leaving the original plaster work on the ceiling, the wall sconces, and woodwork throughout the house.

Holmdene has become a very practical space in many ways. It's a space where students can study. It's also a place that houses the office of the university's president, holds board meetings, cabinet meetings, and other academic activities.

The building is often used for more than academics too. Many people outside of Aquinas come for graduation photos, or use the building and property for special occasions.

So the myth of Holmdene Hall being haunted may not be true, but the story behind this building is certainly a story worth listening to. And if you watch the end of the video, you may get an explanation for the things that reportedly "go bump" in the night.

Do you know of an interesting building or landmark around West Michigan you'd like to see featured? Send us an email at WXMIMMwebforms@fox17online.com or tell us on social media.