A wet Saturday at times, coldest air of season late next week 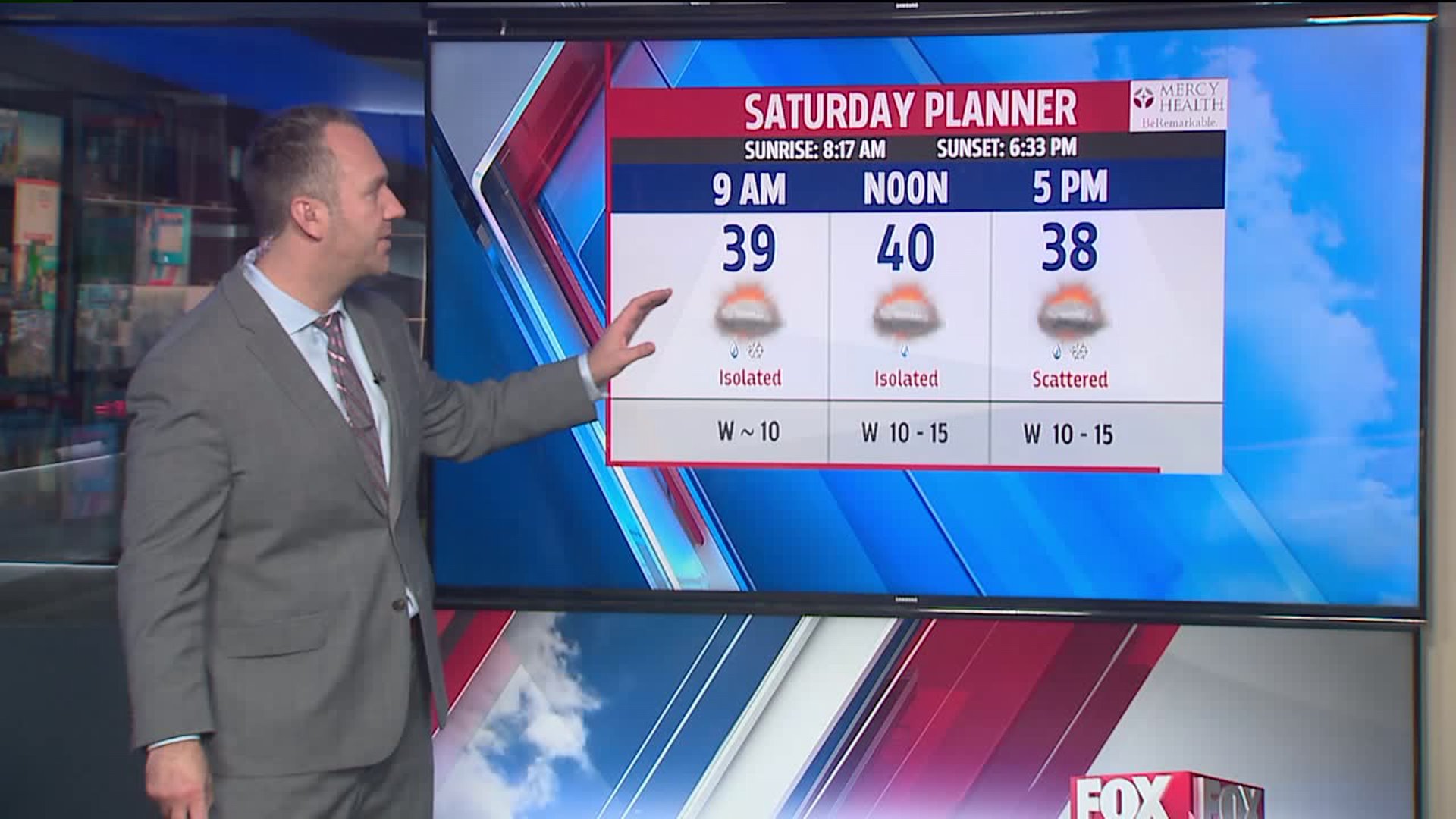 WEST MICHIGAN-- Lots of clouds can expected for this weekend and that is pretty typical for this time of year. The damp pattern of recent days continues as well with a few showers around from time to time. Expect a breezy one too especially along the Lakeshore.

The scattered showers today may be accompanied by some mixed snowflakes or even some ice pellets mainly north of I-96 where temperatures aloft are very cold. Surface readings will remain well above freezing, however, so very little or more likely no accumulation is to be anticipated. It stays a bit damp this evening with perhaps a few lingering sprinkles but we should be drying out in the overnight. Highs today only reach into the lower 40s and lows tonight fall into the lower 30s.

Sunday looks to bring mostly cloudy skies though there could be a few filtered or dimmed glimpses of sun for a period during the morning into the early afternoon. Thereafter clouds increase yet again and scattered rain showers are to return during the evening. Highs on Sunday head for the lower 40s or so. Showery weather can be expected for the drive to work on Monday morning with the mercury safely above the freezing mark providing for just wet conditions on the roadways.

With a trough of low pressure overhead on Monday, a few sprinkles or light showers cannot be ruled out during the afternoon as well but the focus for showers is to be during the morning. Highs on Monday jump into the upper 40s as brisk southwest winds shuttle in the "milder" air. Tuesday likely shakes out with a number of dry hours. A new "clipper-like" system arrives later Tuesday evening into early Wednesday morning with a chance for mixed rain and snow showers. Little to no accumulation is again in the forecast. Highs on Wednesday and Thursday look to remain quite cold around 40 to the lower 40s.

The most significant push of cold air of the season looks to be on tap for this coming Thursday and Friday. Highs on both days land in the low to mid 30s with even a chance for light snow on Thursday. Model runs this morning would suggest it would be worth watching Thursday for a system that could potentially track just off to our south. Nothing is carved in stone that far out and dramatic changes in the models can take place over the next couple of days. Overnight lows drop into the 20s during the late workweek period and the chill continues into next weekend. Bottom line, we have a wintry-like setup for the next 7-10 days.