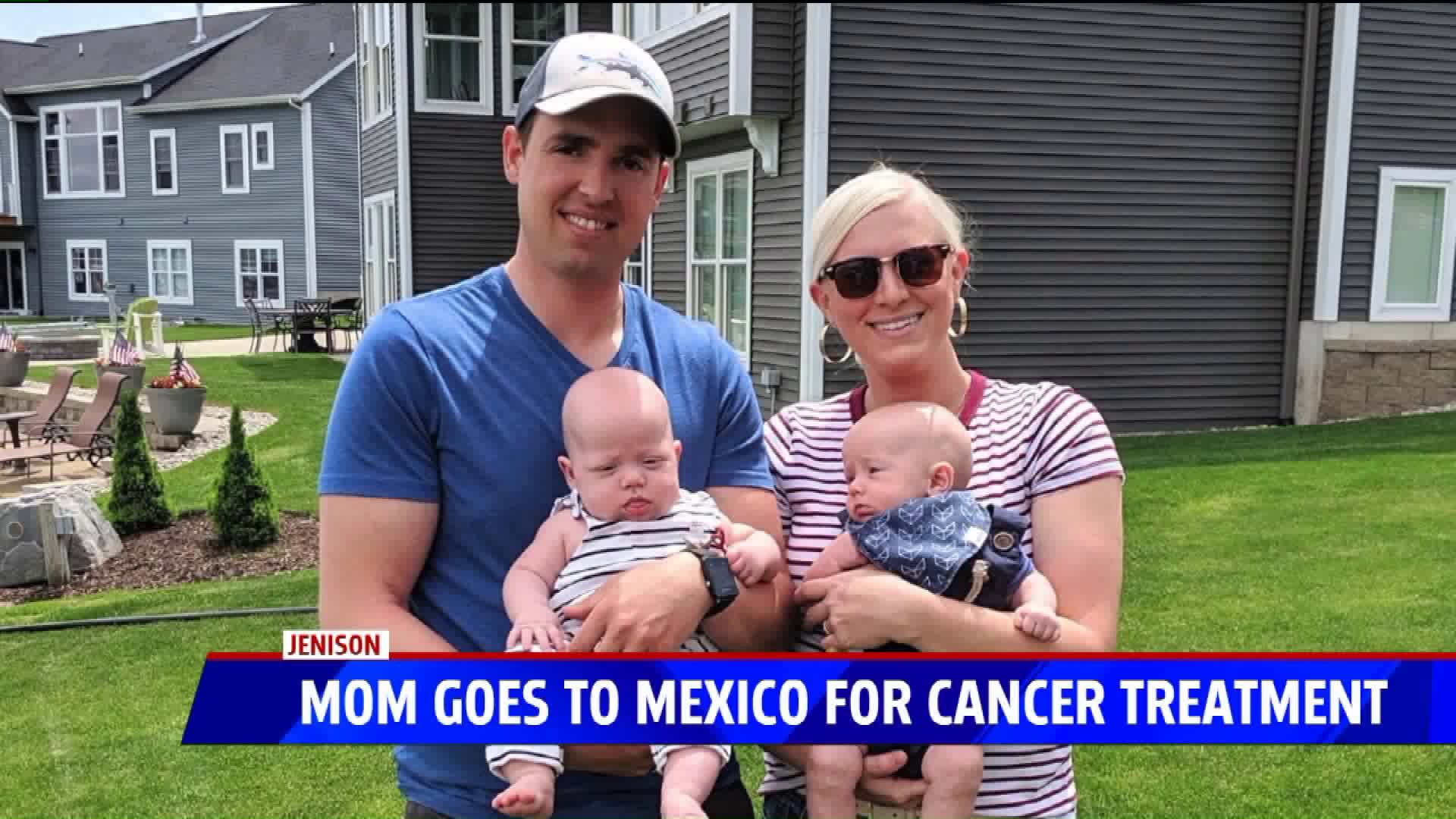 JENISON, Mich. -- A West Michigan mom is looking for hope south of the border and getting alternative treatment for cancer in Mexico.

Kim Eling was diagnosed with breast cancer in March 2014.

"She found a small lump and she went in had a biopsy, it came back and said she had intra-ductal carcinoma," Kim's Sister Krissy de Waard explained.

"It was a shock, she was so young, she was 26 years old. I just remember that sinking feeling after finding out, you're just in disbelief that someone that young can get cancer, it puts a lot of your hopes and dreams on halt," Krissy added.

It was a tough battle for the Jenison speech therapist,  who underwent multiple rounds of chemotherapy and radiation.

"She was on the road to full recovery and then she had those two beautiful boys," Krissy said.

Nine months ago, a miracle, Kim gave birth to twins.

"After she beat cancer the first time, Mike and her got pregnant and two beautiful twins were born, Garrett and Willem, they are just awesome little boys who are now nine months old. It was just under 2 weeks ago, we got the news that the cancer returned," Kim's Brother in-law Camren de Waard  said.

"They went through something so hard five years ago and they have their beautiful babies and you think 'this is how it should be,'"Krissy said. "And then they get that blow, and that was just terrible,"

Kim was beginning to work out and get back in shape, when she felt a pop in her hip.

She went for in an MRI, that found not only an injury, but multiple tumors in her leg.

"The breast cancer metastasized in different areas around the body, through a lot of tests and consultations over a week of craziness they decided to pursue alternative treatment for the cancer and found a well-known treatment center in Mexico," Camren said.

This week she began treatment at Hope 4 Cancer, a center that treats the disease with alternative and aggressive methods.

"When you have a cancer diagnosis like this, it’s awful and terrible and we have faith in the Lord in her healing." said Krissy.

"We’re excited and optimistic and planning on celebrating with her when they come back," Camren added.

The Elings are expecting to be in Mexico for a few weeks, the next steps are not known right now.

Kim's family did tell us this form of treatment is expensive and not covered by insurance at all.