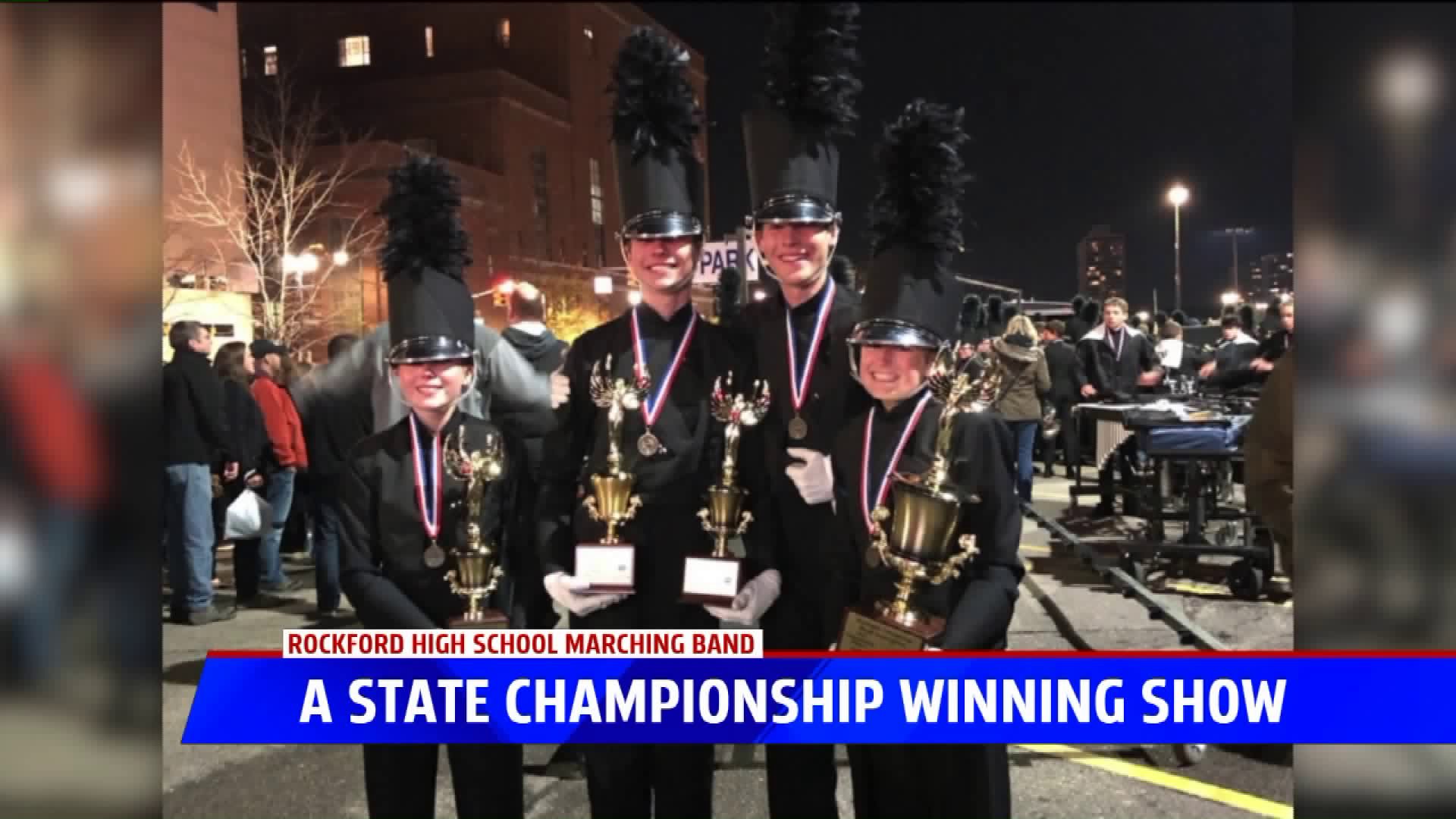 ROCKFORD, Mich. — At the Michigan Competing Band Association's statewide contest at Ford Field, five schools from West Michigan took home first place for their respective categories based on the size of their band.

Those schools were:  Rockford, Jenison, Reeths-Puffer, Kent City and Lakeshore-Stevensville.

For Rockford's marching band, it's the third year in a row they've won the title.

“I don’t have kids, but I have to feel like it’s like watching your kids. I kind of feel like all 270 of them are my kids," marching band director Evan Bahm said.

This year's theme was based on French architecture. Fences, to be specific. Wrought-iron fences. If it sounds different to you, you're not alone. The kids say they didn't get it at first either.

But once they got on board, clearly, it worked.

But they are proud of the work they've done, and the awards they've gotten because of it.

“It’s not just handed to us, we work hard,” Ellie Sagorski said.

“And we also know how hard everyone else works,” Coral Brock said.