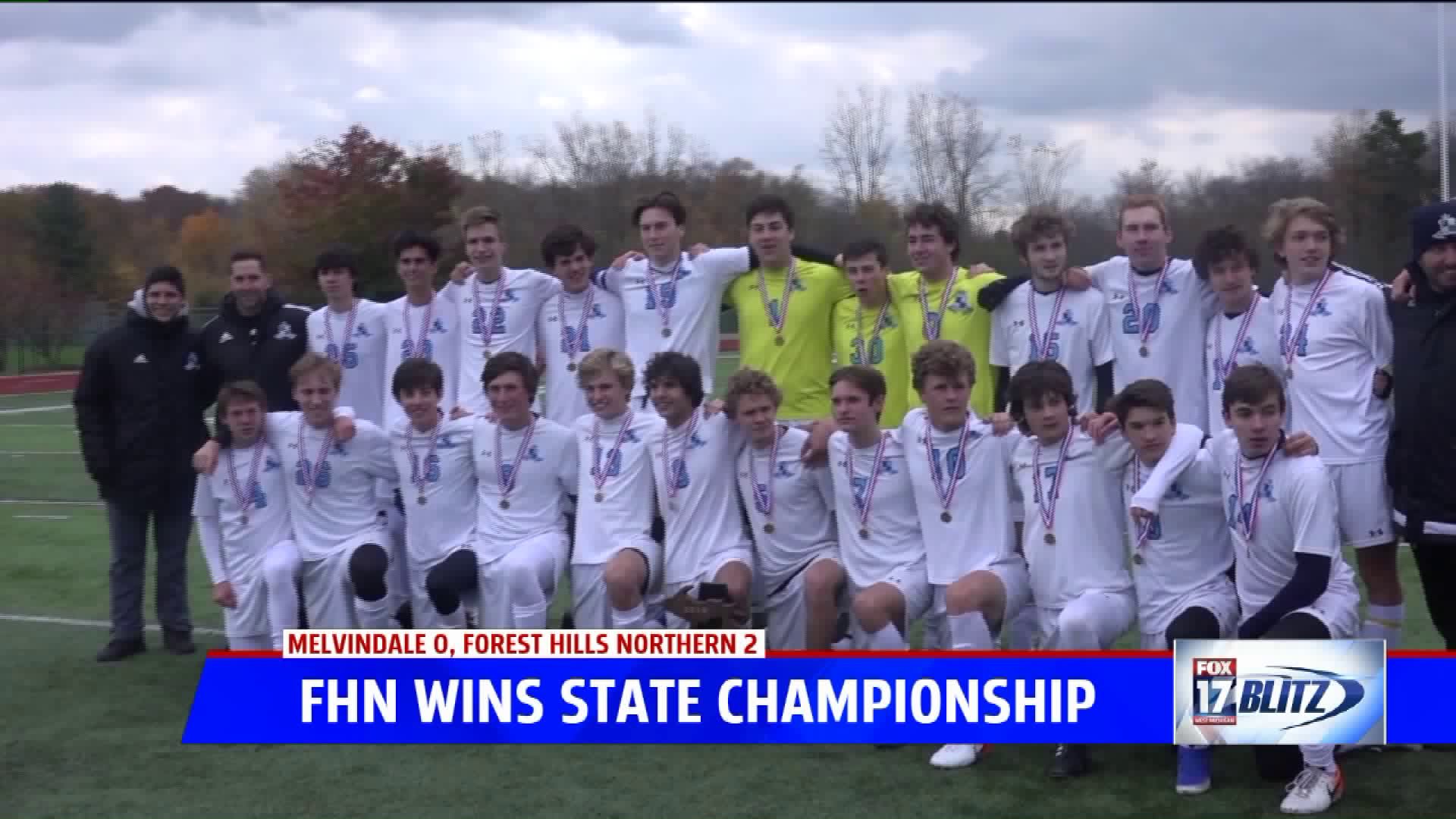 NOVI, Mich. -- Forest Hills Northern lost to Detroit Country Day in the state championship game last fall to finish as runner-up for the second time in four seasons (2015). However, on Saturday afternoon, the Huskies got over the hump with a 2-0 win over Melvindale. Huskies senior Aidan O'Connor netted a penalty kick just nineteen minutes into the first half while Ludwig Tilly added the game's second goal in the second half to clinch it.

"We knew with this many guys returning we knew we'd have a shot again," O'Connor said after the win, "we knew we could make it here, it was a lot of work but it wasn't a surprise."

After finishing as the state runner-up twice since 2015, hoisting the state championship trophy was a feeling O'Connor won't forget.

"Everyone knows we have a history of losing in the state finals, it's good to finally break that standard."

The boys soccer team joins the girls tennis team as the second team at Forest Hills Northern to win a state championship this fall.